The real fallout from Fukushima

'You can go ahead and eat the fish.' Colby Cosh on the actual impact of the spread of radioactive seawater from Japan 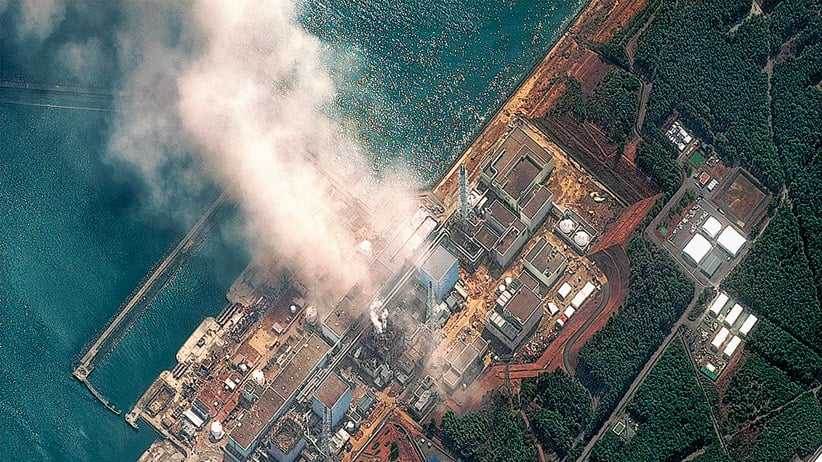 On the verge of the new year, scientists from the federal Department of Fisheries and Oceans issued the first systematic report of measurements on the spread of radioactive seawater from Japan’s damaged Fukushima nuclear reactor to the coast of British Columbia. The bad news, if you want to call it that, is that Japanese-originated radioactivity has in fact reached detectable levels on Canada’s continental shelf. The menace from the Land of the Rising Sun is officially here—and is, for now, growing.

The good news is that, as responsible scientists almost universally predicted, the amount of radioactivity involved is infinitesimal and completely harmless. You can go ahead and eat the fish.

Accurate measurements of the Fukushima plume are possible because humans wisely stopped testing nuclear weapons in the atmosphere in 1980. There is still a “fallout background” of radiation lingering in the world’s oceans from these nuclear tests—and, of course, from those two nuclear explosions that did not quite have the character of tests. But every kind of radioactive isotope has a different rate of decay, usually expressed as a “half-life,” and the short-lived ones from nuclear testing are all gone.

This means that the 2011 Fukushima disaster left a distinctive “fingerprint” of fast-decaying radioactives that cannot be attributed to any other source. So that’s what the scientists measuring the plume look for—fanning out between Vancouver Island and Japan on Canadian Coast Guard oceanographic vessels, gathering up seawater from various depths, and pumping it through ion exchangers to extract the telltale radioactive cesium that spewed out of the damaged reactor.

In 2011, the measurements along the B.C.-Japan line looked just like usual. But the levels of cesium-134, which can only have come from Fukushima, suddenly increased about 1,500 km off the continental shelf when samples were taken in 2012. In 2013 the “fingerprint” of Fukushima seems to have reached the shelf itself.

Cesium-134 degrades fast. What physicists and doctors have been concerned about is the equal amount of cesium-137 spilled at Fukushima: that isotope has a half-life of 30 years, so most of whatever reaches B.C. now will be around for a while. The radiation emitted by the fallout background—the cesium-137 presently left in the ocean by past nuclear testing—works out to about one becquerel per cubic metre of seawater. That figure has now doubled. The total peak level of ocean radioactivity off Canada’s Pacific Coast is expected to reach somewhere between three to five becquerels per cubic metre before beginning to drop back down.

Sounds fairly alarming, doesn’t it? The sea is going to become maybe five times as radioactive! But a becquerel is such a small amount of radiation—literally just one atomic nucleus splitting apart per second—that the naturally occurring isotopes of potassium and other elements in your body are generating kilo­becquerels of radiation right now. As the paper by federal oceanographers notes, drinking water in Canada is allowed by law to emit up to 10,000 Bq/m³ of radioactivity.

The “fallout background” itself was greater not so long ago, as you’ve already figured out if you caught that the half-life of cesium-137 is 30 years. (The implication: 30 years ago, there was twice as much.) Overall, the authors of the paper expect the Fukushima plume to make B.C. ocean water as radioactive as it was in the 1980s—a pretty modest rewind of the planet’s radiological history. And if you really are worried about the ﬁsh, they’re known to accumulate only about as much radioactive cesium as the seawater they swim in has. That’s a fraction of what they, like us humans, would otherwise emit just from the natural radioisotopes in their bodies. In turn, you get only a fraction of that excess radiation from eating them.

This is, broadly speaking, the story that experts expected to hear about the Fukushima plume. Really all you needed was some physics literacy. In 2011, people lacking that produced plenty of scary colourful maps of Fukushima death juice creeping across the Pacific. And of course David Suzuki could not resist weighing in a year ago with a bizarre Fukushima scare scenario, one which physicists promptly denounced as “insane” and “ridiculous.”

The consequences to Japan of the Fukushima accident are still being added up, and the sum is not altogether final until decades of decommissioning work is completed. But so far, when it comes to human mortality, the nuclear energy industry still has a lot less to apologize for than dams, coal or even oil.