The trial of Omar Khadr: Where were we?

Khadr, the Canadian who killed a U.S. soldier in Afghanistan, could be freed on bail this week. Here's what you need to know.

Omar Khadr has been a prisoner for 4,622 days and nights. He is now 28 years old, the same age as the American soldier he did (or did not) kill with a well-aimed grenade. The last time Khadr tasted freedom on Canadian soil—the summer of 2001, just weeks before the 9/11 attacks—he took in a Blue Jays baseball game and visited the Toronto Zoo.

The following summer, the 15-year-old teenager was lying near a bombed-out compound in Afghanistan, bleeding from multiple gunshot wounds yet somehow still alive. If one version of events is accurate—and by now, there are many conflicting accounts—Khadr begged U.S. troops to finish him off and make him a martyr. They airlifted him to a military hospital instead.

More than a decade later, the mere mention of Omar Khadr’s name continues to trigger fierce, often irrational, debate among his fellow Canadians—a debate about who Khadr was, who he is, and who he deserves to become. For a man so scarcely seen, save for a few stock photos and some courtroom sketches, he could not be a more polarizing figure.

The next chapter of his legal odyssey will begin to unfold Tuesday morning, when Khadr’s lawyers try to convince an Edmonton judge that he deserves to be freed on bail. Simply put (knowing full well that nothing about this case is simple), they will argue that Khadr should be sprung from his medium-security cell in Alberta while he appeals his U.S. war-crimes convictions, including the battlefield murder of Sgt. 1st Class Christopher Speer. Their key argument is that Khadr’s sentence, set to expire in about 3½ years, could be over by the time his appeal is even heard at a special court in Alexandria, Virginia.

To recap, Khadr pleaded guilty to those five “war crimes” in 2010 in front of a military commission at Guantanamo Bay, Cuba, the notorious detention camp where he was shipped shortly after his capture in 2002. As part of the deal, Khadr was handed a further eight-year sentence—and the opportunity to apply for a transfer to a Canadian prison. In an agreed statement of facts, the cornerstone of his guilty plea, Khadr confessed that he tossed the grenade that fatally wounded Sgt. Speer, that he was a loyal al-Qaeda fighter obsessed with killing Americans “anywhere they can be found,” and that his Canadian father, Ahmed Said Khadr, was a leading figure in Osama bin Laden’s network.

Khadr now insists those facts are fiction, and that he only went along with the plea deal so he could escape Guantanamo. In fact, Khadr says he has no memory of his life’s most pivotal event: the firefight that landed him in custody in the first place.

In court documents filed in support of his bail application, Khadr’s lawyers say their U.S. appeal “has a strong probability of success” and that their client “is an exceptionally strong candidate for judicial interim release.” He has a long “track record as a model prisoner,” they argue, and “a release plan grounded in an outpouring of community support from educators, mental health professionals, spiritual leaders, and his lawyers.” One of those lawyers, Dennis Edney, has even offered to let Khadr live with his family if he secures bail. 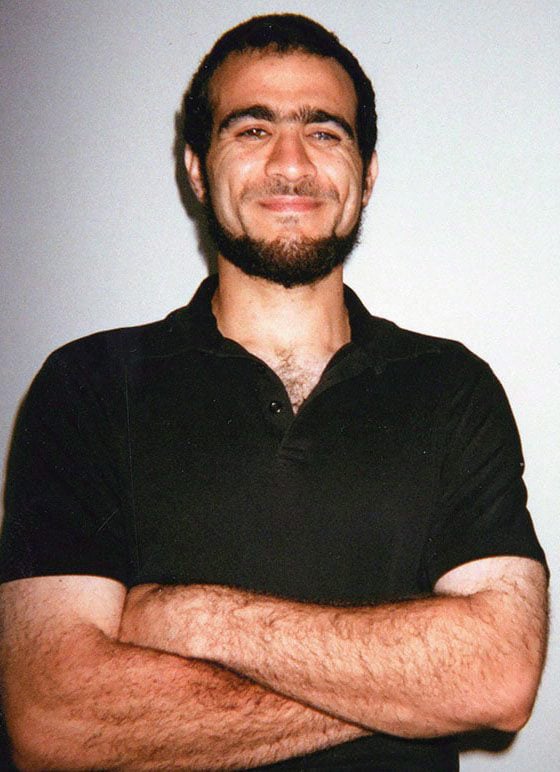 “If we can mistreat a young boy from the age of 15 like Omar Khadr—whose domestic and international rights have all been violated—then none of us are safe,” Edney tells Maclean’s. “He was a young man who got caught up in circumstances, and he’s been mistreated since. From every document that we’ve provided to this government, from his days in Guantanamo to the present day, we have demonstrated that he has no radical leanings whatsoever.”

For many Canadians, that remains the mystery question: Who is Omar Khadr today? At a time when the RCMP has never been so overwhelmed with anti-terror files—investigations targeting both homegrown plots and young extremists traveling overseas to join the ranks of Islamic State—does Khadr, incarcerated for almost 13 years, pose a genuine threat?

Major Alan Hopewell, a U.S. military psychologist who examined him in 2010, described Khadr as manipulative, superficial and “rather Pollyannaish”—someone who “consistently blames others for his difficulties and sees himself as the victim.” But he didn’t venture so far as to label Khadr dangerous. About the only professional to do that was Michael Welner, a forensic psychiatrist who spent two days speaking to Khadr before the guilty plea. In his opinion, Khadr was “full of rage” and “highly dangerous,” a “rock star” at Gitmo who spent years “marinating in a community of hardened and belligerent radical Islamists.” (During their recorded discussion, Khadr was especially adamant that his dad was not affiliated with al-Qaeda. “I know my father,” he said, “and I don’t accept anybody saying that he’s a bad person.”)

Today, Khadr is a bona fide cause célèbre, boasting a long list of supporters who insist he is a peaceful, model Canadian who craves nothing more than a second chance. He has minimal contact with his infamous family, and has chosen to spend the next stage of his life (whenever that begins) in Edmonton, not Toronto. Katherine Porterfield, another psychologist who has spent hundreds of hours counselling Khadr, says he has repeatedly “repudiated” the “beliefs of al-Qaeda and other terrorist groups.” In his own written affidavit, Khadr says he just wants to find a job and do some volunteer work, and is “looking forward” to learning basic life skills, from grocery shopping to using a public library.

Among the many letters submitted in support of Khadr’s bail application, perhaps none is more believable than the note signed by Captain Patrick McCarthy, a U.S. military JAG adviser who came to know Khadr well during his stint at Guantanamo. “To tell the truth, I feel great ambivalence for Omar Khadr,” McCarthy wrote. “I believe, factually, that he did kill Sgt. Speer and that he did fight for Al Qaeda. I do not believe he has been tortured or abused at the hands of the U.S. Government, contrary to the arguments of many. However, I do not see in Omar Khadr an extreme zealot. Instead, to me, he seems an ordinary, westernized young man. I feel comfortable in his presence and believe he will be able to integrate well into society.”

Ottawa, for the record, is not arguing that Khadr should remain behind bars because he poses a threat. Despite Stephen Harper’s repeated assertion that Khadr is a terrorist who confessed to “heinous crimes,” the federal government is opposing his bail application on strictly legal grounds: that it’s a “direct violation” of his plea deal, that Canada must enforce the terms of his transfer, and that setting him free could harm relations with the United States.

Whatever happens this week, one thing is certain: Omar Khadr will be a free man someday—October 2018, at the absolute latest. No amount of debate can change that.

Correction: The deck of this story originally said that Khadr “allegedly killed a U.S. soldier.” Khadr confessed to the killing. The deck has been amended accordingly.