These charts show the boom in attendance at Canada's national parks 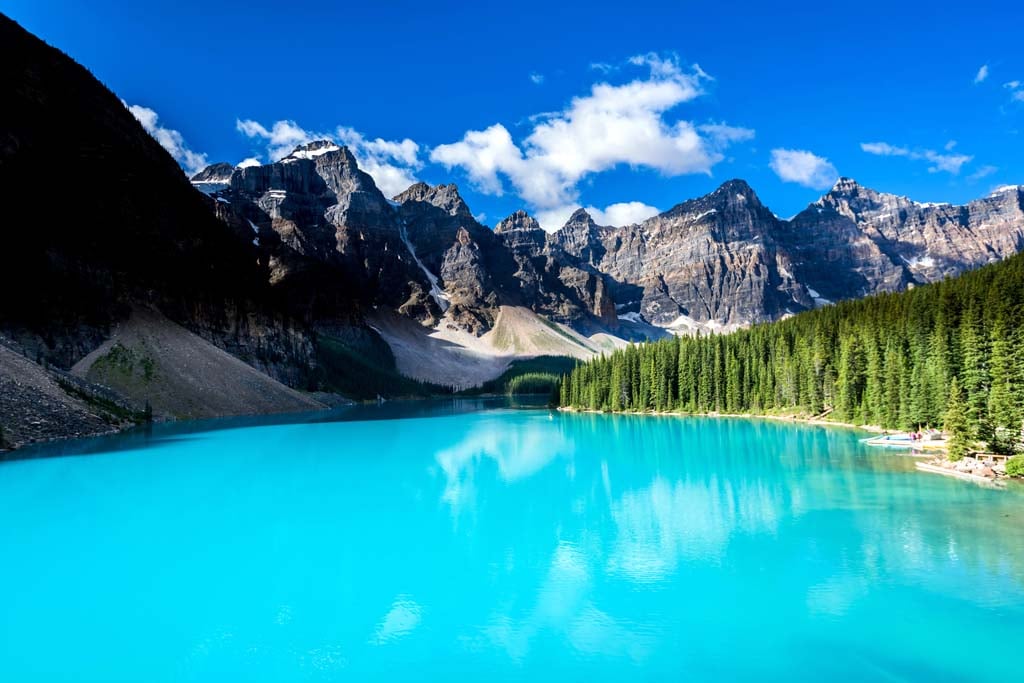 Canadians heading to a national park this weekend might not get as much solitude as in years before. The country’s national parks have had more than 1.5 million more visitors this year than during the same time last year—a 12 per cent overall increase.

The numbers of visitors at national parks and historic sites have increased in the past several years, but not as much as this year, when Ottawa did away with admission fees for all national parks to celebrate Canada’s 150th birthday.

One park—Waterton Lakes National Park in Alberta—even had to temporarily shut down after an influx of visitors during the August long weekend this year. The closure lasted two hours, though it was the only national park to turn visitors away, according to a CBC article.

This year versus last year 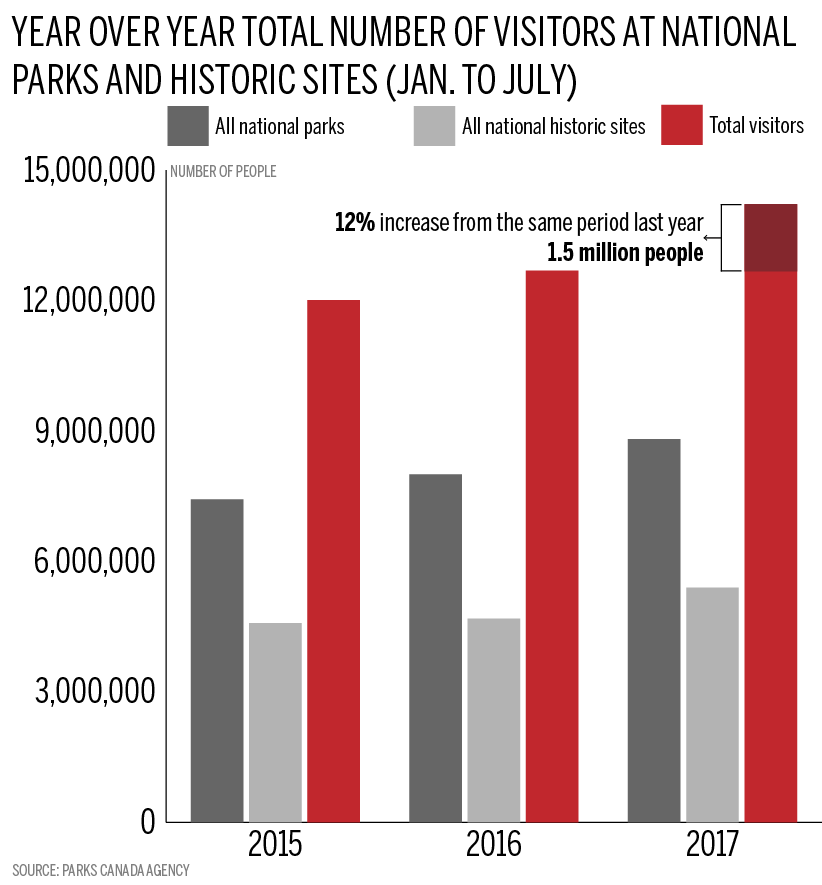 The number of visitors to national parks has been rising steadily since the late 2000s. National historic sites hit a 10-year low in the 2011-2012 season, but have been on the rise since. The 2016-2017 season, however, was the first year national historic site visitors exceeded 2007-2008 season. 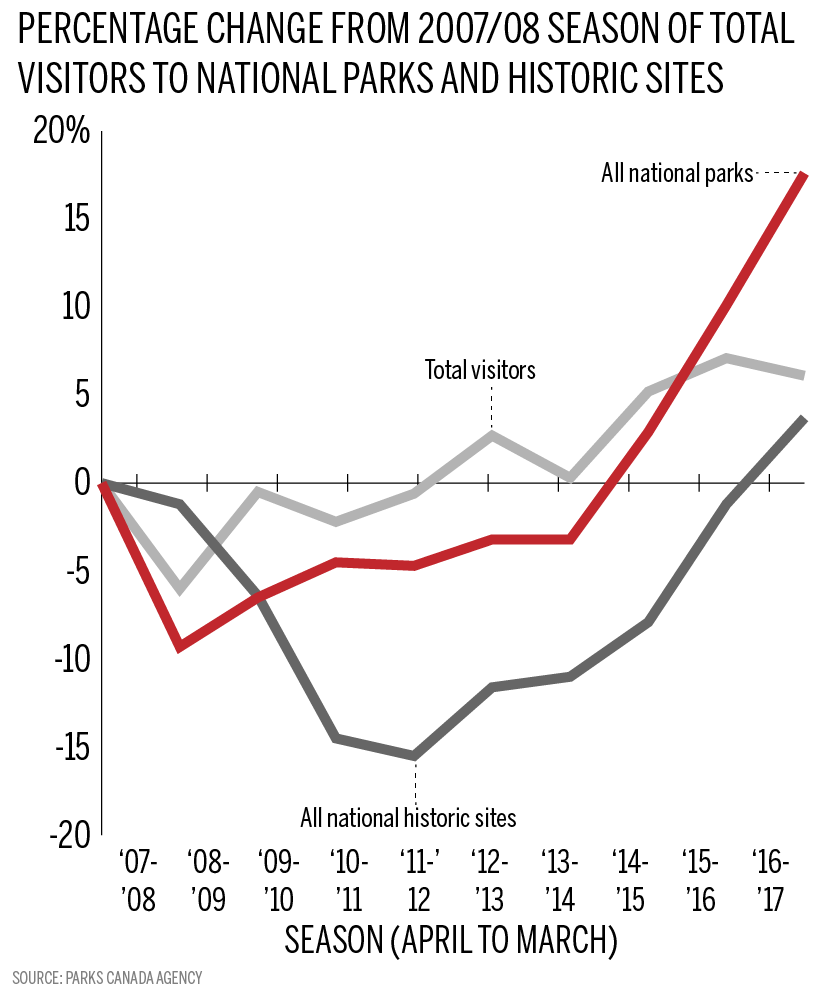 As for national historic sites, The Banff Park Museum had the largest percentage increase while the Fortifications of Quebec had the largest overall influx—more than 85,000 people visited this year than last year. 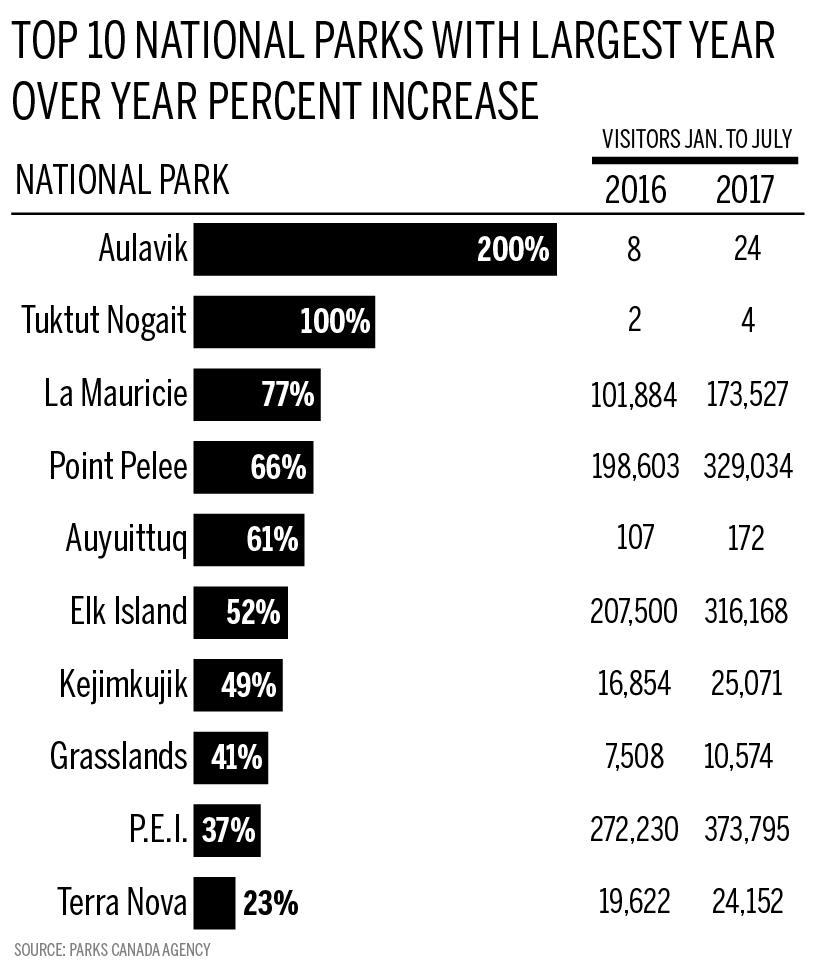 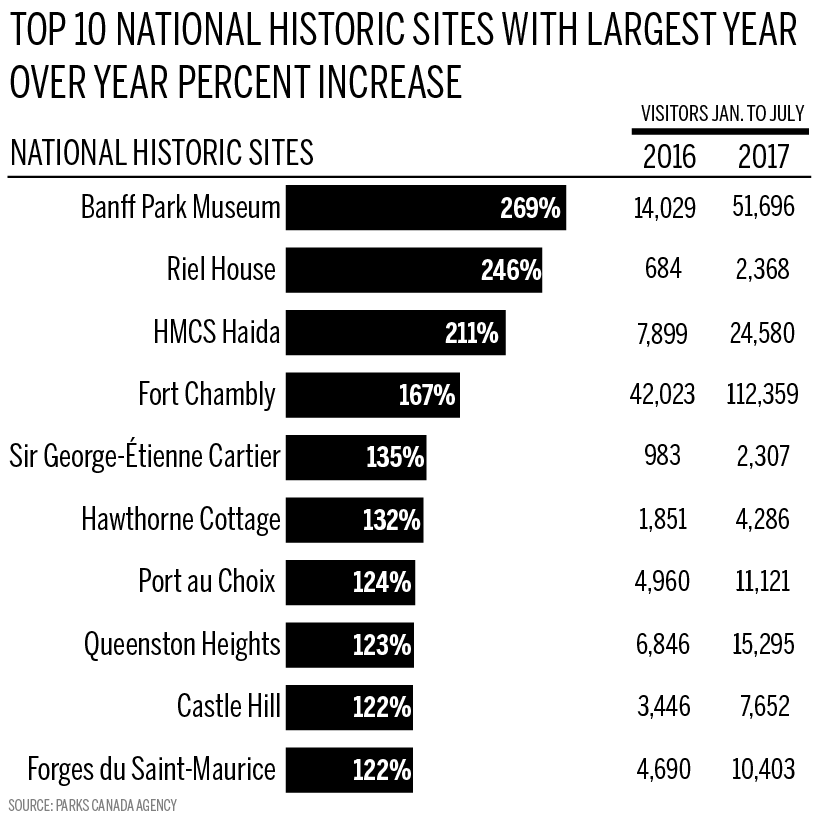