This is why we should end tipping in time for Christmas

Moving away from the time-honoured tradition of tipping won't be easy, but it's not clear the system is producing the benefits we hope it does 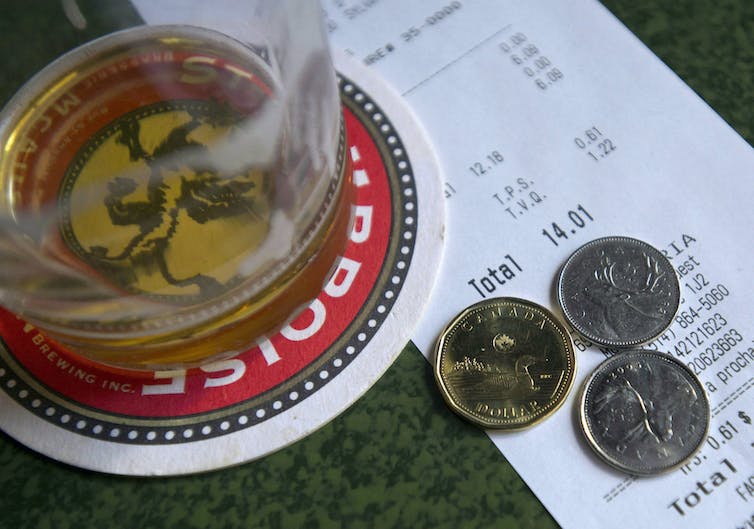 Some restaurant-owners are grappling with abolishing tipping. THE CANADIAN PRESS/Ryan Remiorz

Michael von Massow is an associate professor of food economics at the University of Guelph.

Tipping in restaurants is a well-established social norm in North America.

With the holidays upon us and many of us dining out and celebrating, there’s an ongoing discussion about ending the practice of tipping. A recent survey of Toronto Star readers, although unscientific, suggested that more than 85 per cent preferred ending tipping and instead hiking the wages of restaurant workers.

Some restaurants have tried to switch to other models. The highest-profile restaurant group to abolish tipping is Danny Meyer’s Union Square Hospitality Group, but there have been many others in both Canada and the United States.

Results have been mixed with some restaurants returning to a tipping model.

Why do we tip?

Tipping is thought to have started in English public houses, now known as pubs. Patrons gave servers a coin at the beginning of service in an attempt to ensure good and prompt service. It’s even suggested that the word tip comes from “to insure promptitude.”

Tipping came to North America in the early 20th century and has become well-established here. Ironically, tipping is no longer a rigid social norm in its birthplace and across most of Europe.

There are several arguments put forward for tipping. The first argument is that it ensures good service. Managers cannot be there for every interaction and each customer will have different needs and preferences.

Servers can, but don’t always, customize service for the individual consumers based on their specific cues. Since customers control the tip, servers are incentivized to deliver good service to every table.

Another argument is that it allows for price discrimination or risk-sharing. These are essentially similar.

The price discrimination argument says that restaurateurs can keep prices lower by transferring the burden of paying servers to customers.

The evidence suggests that, for the most part, tipping does not meet those objectives. Research suggests that the relationship between service quality and the size of the tips is very small.

Different customers tip different amounts but most of us tip within a narrow range regardless of the level of service we receive. This leads to the conclusion that tipping is not the reason for high- or low-quality service.

The evidence on price discrimination and risk-sharing is less definitive.

Given the findings that the relationship between service quality and tipping is weak, one might infer that customers are not using tipping to mitigate the risk of a bad dining experience. On the other hand, the fact that different customers tip at different rates may suggest that the price discrimination argument is valid.

There is no research on this, but some anecdotal results suggest that the number of customers decreased in some restaurants when tipping was removed and service charges or price increases were implemented.

Are there other factors?

That means that a server may use cues such as race, gender, age and attire to develop an expectation of tip, which then shapes the service they deliver. This means that customers who pay full menu rates are discriminated against because of the perception that they might be cheap tippers.

This is clearly a problem.

There is also evidence of “quota servers.” A quota server is one who may have a particular dollar amount in mind for a total value of tips during a shift, and once that’s achieved, they mentally check out and service suffers. They work hard until the have achieved a particular target total (say $100) from all of their customers, and after that lose motivation to provide good service. This is not unique to servers and tipping.

This “income targeting” is a phenomenon that explains the difficulty in finding a taxi on rainy days in New York City or any big city. Researchers found that taxi drivers stopped working once they achieved a certain dollar figure, rather than continuing to work during what was clearly a busy and potentially profitable night.

This inconsistent service delivery, which is independent of the tip from a specific customer, is also clearly not in the best interest of either the restaurant or the customer. 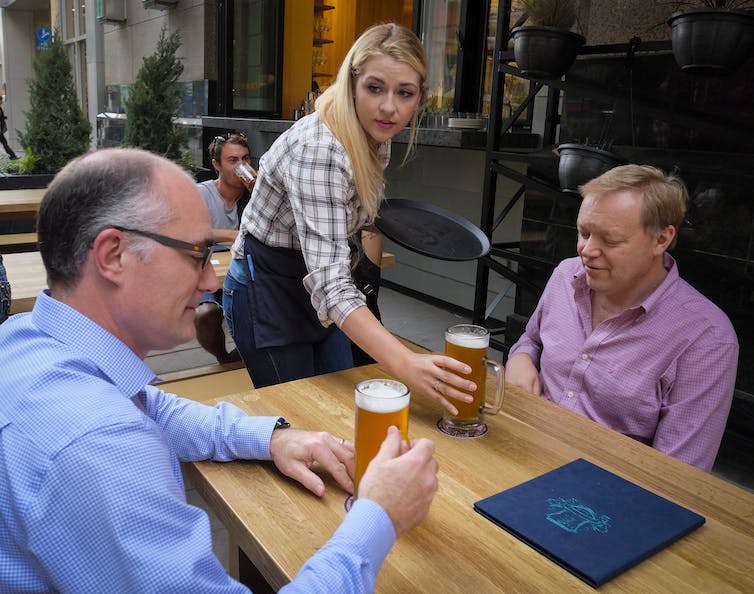 Server Macalyn Ahern attends to customers at the Earl’s 67 location Calgary, Alta., in 2016. The decision by Earl’s to eliminate tipping at a downtown Calgary restaurant and replace it with a mandatory 16 per cent ‘hospitality charge’ stirred controversy, and the restaurant later returned to tipping. (THE CANADIAN PRESS/Jeff McIntosh)

There are also a number of internal factors that have been identified as causing problems for restaurant managers. These include inequities in pay between kitchen workers and servers, difficulty in succession planning, rivalry among servers and loss of control of quality management.

And there’s a suggestion that the tipping model draws transient employees attracted by high wages rather than developing professional servers. We’ve all heard the story of the actor, writer or filmmaker who is serving until their desired profession pans out.

Some will argue that if tipping disappears and servers earn less money, quality will suffer because those individuals will seek other employment. It is not clear, however, that this will happen automatically.

One factor in favour of tipping is that it reduces payroll taxes for restaurateurs. Given tips are separate income and are supposed to be declared by the server, restaurants do not need to pay the payroll tax on that portion of wages. That means the cost of removing tipping is higher than simply transferring tips to a service charge or higher prices, and then paying it out in wages.

Time for a change?

It’s no longer clear that tipping is producing the benefits that motivate the system. But change will be difficult.

Some will argue that there are those who will resist the loss of control — particularly men interacting with female servers. Some restaurants have tried and failed but others, like Canadian Amanda Cohen’s Dirt Candy in New York City, have persisted through the challenges in transitioning to a no-tipping model.

It won’t be easy, but as we all divide our bills over holiday restaurant meals this and try to figure out what to tip our servers, perhaps it’s time for a change.