What we know about humpback whales: 'This tragic event is very rare'

Rachel Browne talks to whale expert Prof. John Ford about the events off the coast of Mexico that killed a Canadian woman 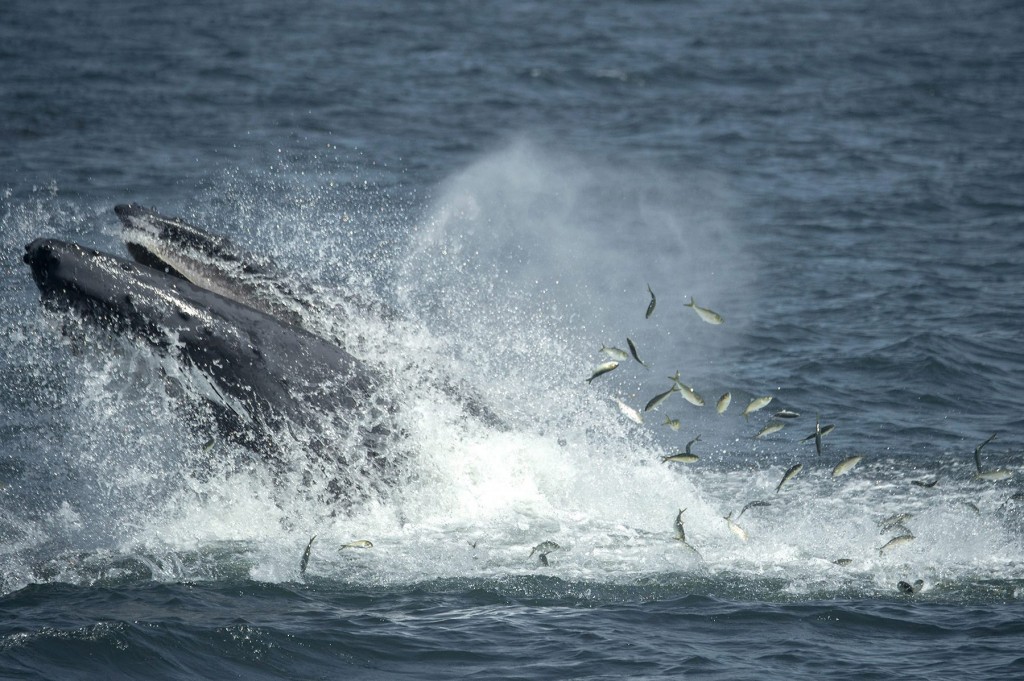 A humpback whale breaks the surface in the waters through a school of fish six miles off the coast of New York City.

On Wednesday morning, a 35-year-old woman from Calgary died after a humpback whale landed on the boat she was on for a snorkelling tour in Mexico’s Baja peninsula. Maclean’s spoke with John Ford, a professor at the Department of Zoology at the University of British Columbia–and an expert on humpback whale behaviour–about the incident and how humpbacks are the most adaptable of whales.

Q: Tell me about yourself and your research on humpback whales.

A: I work on a variety of species, especially killer whales, but we have focused since the late ’90s on humpbacks in B.C. as well. I worked with humpbacks in the late ’70s and early ’80s during the winter season. Our work here in B.C. is focused on trying to figure out how many there are, their abundance, and what the trend is in that abundance. We use individual photo ID to estimate the number of them on the West Coast. We developed a catalogue of all these different individuals. We have at least 2,000 in our catalogue.

Q: What is their migratory route?

A: Humpbacks do migrate to Baja during the winter. They are pretty common around the south tip of Baja, in Cabo. Both humpbacks and grey whales go there, but humpbacks are well-known there. At this moment, we’re getting toward the tail-end of the season in Mexico, and then they migrate up the West Coast. Humpbacks are strongly migratory, and the ones off the Canadian West Coast migrate either to Hawaii—the majority of them go there—but others go down to Mexico to give birth to their calves and to mate. Often what happens is the animals are highly involved in all sorts of social behaviours associated with mating and courting, and that can include lots of breaching in the air, and other physical interactions. In January, there was a humpback that bumped a whale-watch boat in Maui. These types of incidents do take place. When small boats come near big whales, and the whales are distracted, accidents can happen.

Q: How do humpbacks whales typically behave around humans and boats?

A: Humpback whales are less friendly with boats than grey whales. But there are some friendly ones that will approach boats, but generally they’re very careful around boats. When incidents such as this take place, it seems to be just an unfortunate accident; a whale that doesn’t realize a boat is there. This is one the reasons why we have guidelines in Canada, especially, to keep at least 100 m away from any species of whale to reduce the chance of disturbing the whale, and these sorts of things taking place. I’ve encountered the odd friendly humpback that approaches a still boat, but I haven’t noticed an increase in the frequency of that behaviour.

Q: Should we be surprised that incident happened with a humpback whale?

A: Of all the species of whales out there, this is probably the most likely species for an incident like this to occur with, because they are far more acrobatic than the other large whale species and are well-known for their propensity to breach out of the water. As I understand, that’s what happened in this case. A whale jumped and struck the boat coming down from its breach. Although the description is still pretty sketchy, I think one description seemed to suggest the boat hit the whale. But in any event, that’s what can happen with humpback whales.

And it’s not unprecedented. I don’t recall a fatality from this kind of incident, but I’ve seen a boat up in Alaska that had a humpback land on it, and it was severely damaged. So it made more sense to me that that it would be a humpback, instead of a grey whale, which is what was previously reported.

Q: What interests you most about humpback whales?

A: It’s their adaptability. They are very innovative whales, and they have remarkable feeding techniques that involve co-operative groups bubbling together to make big bubble nets and preying on herring. To see that is absolutely spectacular, where you can have 10 or 12 whales working in unison, erupting out of the water with their mouths open after they’ve scooped up a bunch of herring. It’s that, plus their expressive behaviour. They have all sorts of interesting displays of flipper slapping–and there’s their song. Even when you’re snorkelling, say in Hawaii, you can hear them. It’s a beautiful song they have, very compelling.

Q: How dangerous is it for humans and for animals to boat around whales?

A: This tragic event is very rare. I know of a few cases of humpbacks having hit boats after breaching and inadvertently bumping into boats. They’re typically very careful around boats and it’s just unusual circumstances that might lead to this kind of an accident. They certainly have no malicious intent around boats or people. But large whales around small boats, there’s a certain risk there.