Why the B.C. Liberals and NDP are both wrong about bridge tolls

Scrapping bridge tolls may win votes, but it will worsen congestion. The next B.C. government should pursue a regional plan for tackling congestion instead. 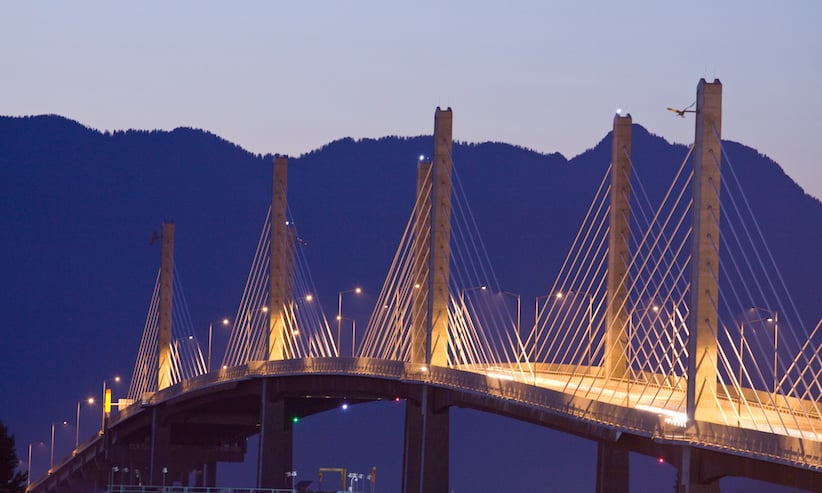 The B.C. election campaign is barely out of the starting gate and already we have a policy fight.

On Sunday, the Liberals announced a $500 annual cap per registered car on the amount paid to drive across the two tolled bridges on the Fraser River—the Port Mann and Golden Ears bridges. For those that commute every day, this could be as much as $1,000 in savings.

Not to be outdone, later the same day, the New Democrats announced they would abolish the tolls altogether. Significant savings for south-of-Fraser commuters, but also a nearly $200 million per year hole in revenue.

Cynics will likely label these proposals as pandering. Given that the south-of-Fraser ridings have the potential to swing the results of the election at large, realists might concur with that label. But others will point to the high cost for commuters and the question of fairness and affordability.

There are reasons for change, but the policy proposals put forth by both parties get it wrong.

Road tolls, such as the ones on the Port Mann and Golden Ears bridges, can fall into one of two categories: user fees to finance infrastructure or congestion management tools to change behaviour.

The argument for tolls as user fees follows the principle of ‘user pays’. Those that benefit from newly built infrastructure, should pay for it. While this has merit, it has its limits in our society. We don’t, for example, charge users of hospitals in rural areas to pay their region’s (higher) cost of health care infrastructure. When someone with a learning disability requires extra teaching staff in schools, we don’t slip the bill in with their homework.

Reasonable people will disagree as to the level of socializing to be done with our publicly provided services and infrastructure. Devotees of Ayn Rand may react to the above examples with an approving head nod, while socialists might find them abhorrent. To a large extent, elections dictate where we end up on this spectrum.

On the pro side, there are efficiency benefits of making users pay. Most economics students have seen a variant of the following question at some point in their exam-taking lifetime: “Four students go out for dinner and agree ex-ante to split the bill. How much does each order? Answer: Too much!” Making users pay means they have a new cost to take into account when deciding to use whatever service is involved. Absent the user charge, there is likely to be excessive use.

On top of user choices, the decisions on what and where to build infrastructure benefit from the direct collection of revenue. The market becomes the arbiter of whether infrastructure decisions are sound, not bureaucrats.

But opponents will rightly point to the distributional effects. Is it “fair” to make Surrey residents pay the infrastructure cost of their commute, while the cost of upgrading the Lions Gate bridge is not borne by North Shore residents? And along income dimensions, user fees are seen as regressive—lower income households pay a higher share of their income in user fees, as compared to wealthier households.

But bridge tolls are more than just a method for financing. They are useful tools to tackle the problem of congestion. Since road space is free, drivers only take into account the money cost of running their car (i.e. gasoline and some variable wear and tear) and time costs for travel. They don’t consider that their driving takes up space from another car using the road. Since everyone is ignoring the value of the scarce resource (the free road!), this leads to congestion. Some estimate the cost of Lower Mainland congestion at over $2.5 billion per year.

To correct this, economists and urban planners have long proposed road pricing. In many ways, it is analogous to carbon pricing. Carbon emissions impose external costs—price them. Driving imposes the external cost of congestion—price it. The problem with tolling only two bridges in the Lower Mainland is it is the carbon tax equivalent of taxing only one fuel. And only in one town. To be an effective congestion management tool, the tools need to be broadened both temporally and spatially.

Congestion is a problem primarily during the morning and evening rush hours. If the toll is to tackle congestion, why charge $3.15 when it’s smooth sailing from Surrey to Burnaby at 1 a.m.? Or on a Sunday? Effective road pricing is time-varying.

Spatially, bridges are an effective way to implement road pricing as they serve as cordons which, absent enterprising flotilla operators, commuters must pass. However, tolling only two bridges while keeping other river crossings free just shifts the congestion problem to other locations—in this case the Pattullo and Alex Fraser bridges have become more congested while the Golden Ears and Port Mann remain underutilized. Effective road pricing needs to take a region-wide approach to make the best use of the road network. 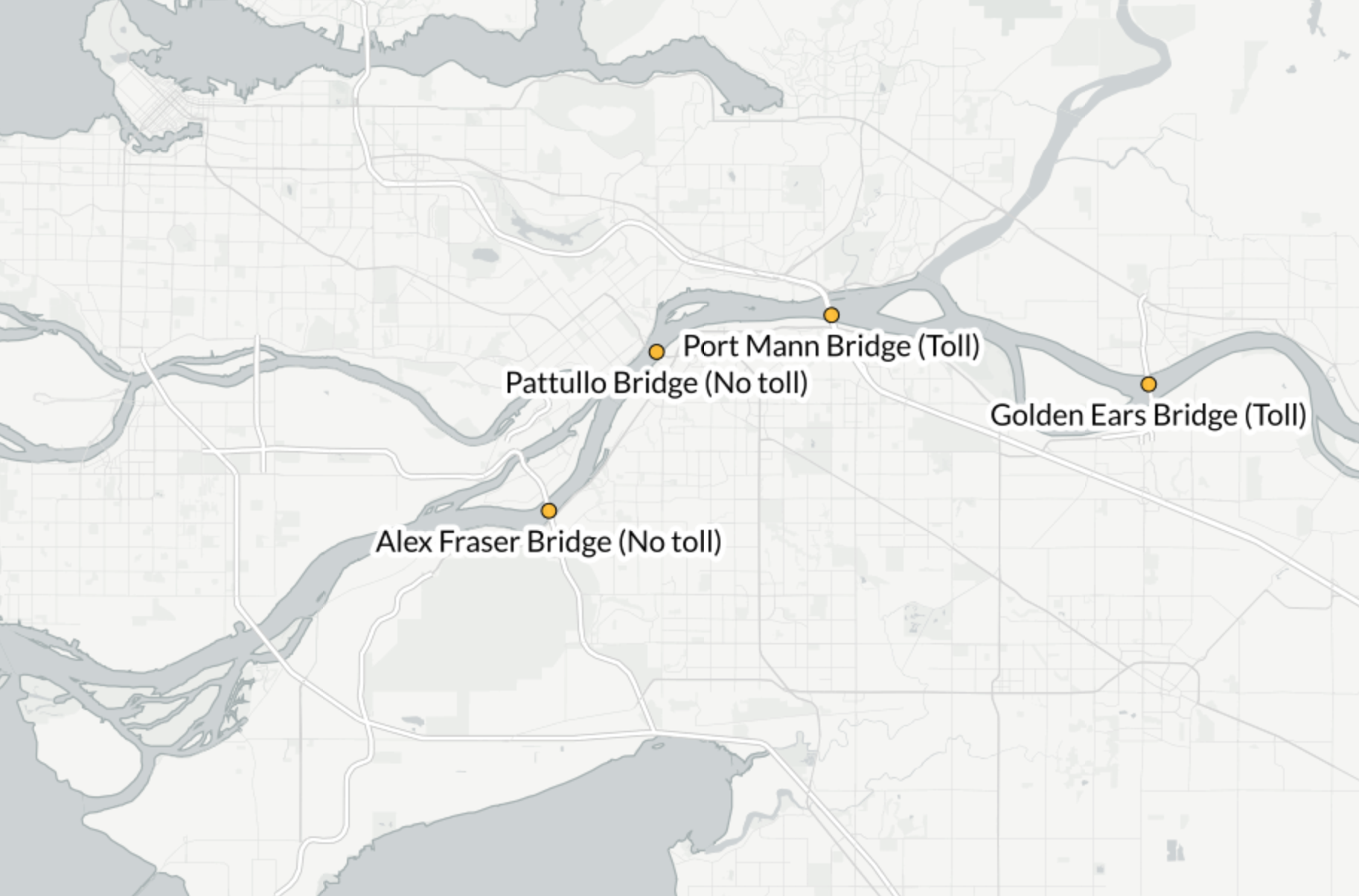 I get the politics. Capping or simply cutting road tolls will be met with a majority of yays over the whimper of wonky nays. But the same folks cheering may not be so happy when their dollar savings turn into increased time costs as they sit in traffic waiting to cross their now free (yay!) bridges.

Rather than cutting or capping tolls, the provincial government would be well served to work in concert with their Lower Mainland counterparts to develop a regional congestion management plan. Examples abound, from London and Stockholm’s charges to enter their central business districts, or Singapore’s more sophisticated time and location varying pricing scheme. Modern technology to relay information on real-time costs of various routes is expanding the possibility of innovative (and cost-effective) ways to manage congestion.

While congestion costs may not be as visible as bridge tolls, the costs are no less real. Reducing congestion improves productivity and raises welfare. Rather than pandering for votes, current and aspiring leaders of our province have an opportunity to make real positive change by reforming our currently limited tolls to a regional system of congestion management.