Trevor Greene: 'I am still alive. This is my thank-you letter.' 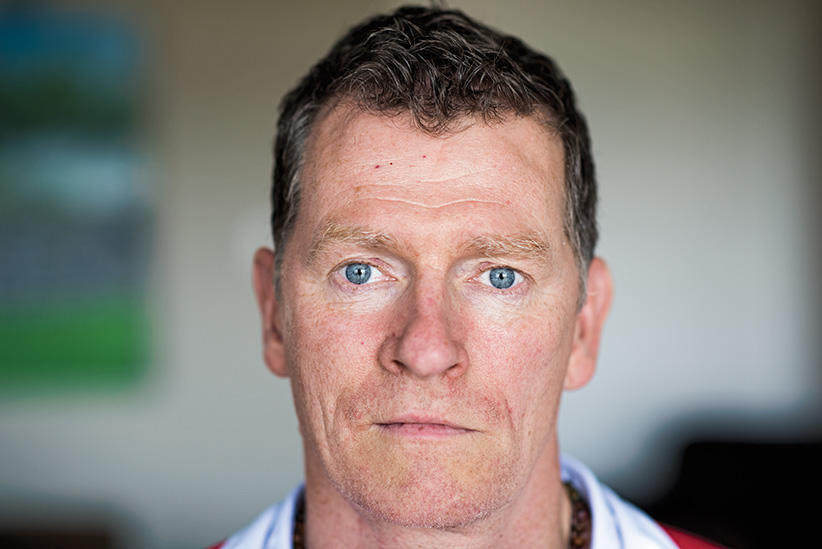 It’s been 10 years since an axe was plunged into my head in Afghanistan. Over the past decade, I have often mused about the attack and my 16-year-old attacker, who journalists identified as Abdul Karim. By harming a guest at a shura meeting with tribal elders, Abdul broke a centuries-old pact known as Pashtunwali, which demands that guests, even enemies, be fed, given water and, most important, protected. The Taliban must have put him under intense pressure to commit such an abomination, akin to shooting a gun in church. They could have kidnapped his family and threatened to kill them. Or convinced the illiterate Abdul that it is written in the Quran that he would reach paradise if he killed an infidel. It took me a long time to forgive Abdul but I had to in order to begin healing.

The man who saved my life, Rob Dolson, didn’t usually attend shuras but on that day, he sat to my left. Like the rest of us, he had removed his helmet and lain his weapon down. Split seconds after the axe crushed my skull, Rob pulled off an incredible feat by fighting through the suffocating stress he must have felt, picking up his rifle, taking the safety off, aiming and squeezing off two rounds as Abdul was tugging his axe out of my skull to take a second blow.

I am still alive, thanks first to Rob, and then to so many others. There is a long line of dedicated, highly skilled people to whom I will forever be grateful. This is my thank you letter to them.

First, the superb soldiers of 1 Platoon, A Company, 1st Battalion PPCLI. They stand by me, still.

Secondly, a most heroic nurse. Shortly after a Black Hawk chopper took me to the base hospital at Kandahar Airfield, the crew of the American medivac plane decided I was too far gone to survive the flight to the U.S. military hospital in Landstuhl, Germany, where the most severely wounded troops from Iraq and Afghanistan were taken. I would surely have been the guest of honour at the war’s 153rd ramp ceremony but for a strong Canadian nursing officer who happened to be on duty that day named Maria Streppa. She fought for me, convincing the medivac crew to fly me to Landstuhl. I was finally able to thank Maria in 2010 at a NATO award ceremony in Ottawa. 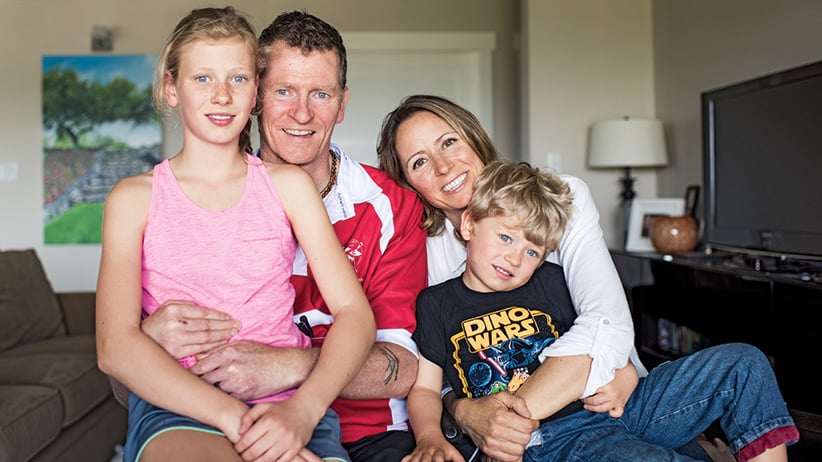 Trevor Greene and his family. (Photograph by Jimmy Jeong)

Dr. Pete Sorini, one of the top neurosurgeons in the U.S. (and also a U.S. Army reserve colonel) happened to be serving in Landstuhl when I was flown in. He saved my life by cutting out two sections of my skull to allow my brain to swell safely. (In an incredibly cruel irony, Pete suffered a brain tumour and passed away earlier this year.)

Our battle group commander, Col. Ian Hope, called his command Task Force Orion, after the hunter constellation. Almost every night of the year-long workup training in Edmonton, I would find Orion in the sky and beseech the hunter to get me through the war. Col. Hope was a superb tactician and leader who led his troops on the field of battle from the front. He thinks I was the one targeted at the shura simply because I happened to be talking at the time. But when I reflect on the past decade, I can’t help but wonder if there is another reason why Abdul’s axe found my head.

And because of Abdul’s axe, my best friend Barb Stegemann is making perfume. Barb spent long hours at my bedside in Vancouver and vowed to continue my mission to empower and protect the women of Afghanistan. She started by sourcing essential oils from Afghan farmers and guaranteeing to buy their full crop, which gave them the wherewithal and confidence to refuse to grow the Taliban’s opium poppies. After that, Barb moved on to earthquake-ravaged Haiti and made a scent using Haiti’s vetiver root. Then she trademarked Middle East peace by combining grapefruit from Israel with basil from Iran. From there, it was on to the patchouli fields of Rwanda. She has empowered thousands of women in conflict zones who would otherwise be hopelessly struggling to provide for their children.

Abdul’s axe will also bring hope to generations of brain-injury survivors. After watching my documentary Peace Warrior in 2009, a brilliant neurosurgeon named Dr. Ryan Darcy approached me to be the subject of a study about how the brain can heal itself, or neuroplasticity. He teamed with Dr. Stephen Lindsay, an equally brilliant neuropsychologist, to perform functional MRI tests that tracked which areas of my brain were taking over for the damaged bits. Conventional medical wisdom holds that healing ends after six months, so doctors and, most important, brain-injury survivors give up and adapt to their new normal. I addressed the Brain Injury Association of Canada’s conference this month to share the great news that survivors and doctors should look well beyond six months to—say, 10 years and onward, to heal. 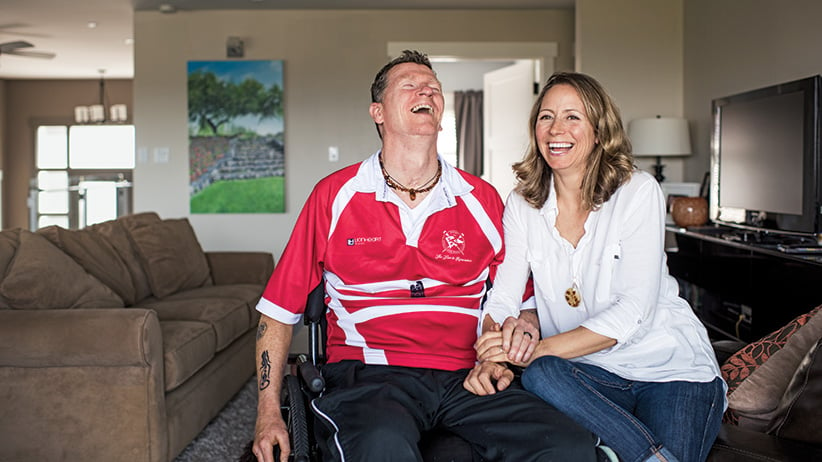 Trevor Greene and his wife, Debbie. (Photograph by Jimmy Jeong)

Debbie was, of course, with me at the conference, as she is always. I owe my life to her: she never abandoned me, as so often happens with the partners of badly wounded soldiers. I’m sure I would be dead or rotting away in some long-term care facility if she had heeded the suggestions of the many doctors who told her to move on with her life. God knows I tested her commitment, though.

I spent the winter of 2009 with metal rods drilled into the bones of my feet and shins pulling my contracted feet flat, but I forget the pain. I felt and heard my right femur snap in therapy in spring 2008; I forget that pain, too. The severe PTSD episodes I went through in the long bleak Christmas of 2007 are, however, seared into my subconscious. Several times that year I found myself screaming vile things at Debbie while a calm, measured voice in my head told me over and over: “This is what it’s like to go insane.” At one point I tried to kill myself by stuffing my fist down my throat. Somebody had given me a goofy fur hat with tie-down earflaps that year. When the black dog howled, I’d pull the hat tightly around my head and moan softly. I had hallucinations that I was standing in a corner by our bookshelf, hugging myself tightly. Even now, writing these words a decade later, I get a sick feeling. I haven’t had a severe episode in years, but I can’t have my back to a crowd or a door, I start violently at loud bangs, and I dread Halloween because fireworks sound like a rocket-propelled grenades.

In the mid-’90s, I was struggling to decide between grad school and the military. For awhile I tried long mountain runs and late-night beer and bulls–t sessions with friends to make up my mind. Finally I decided to leave it to fate; I would go with whichever acceptance letter found me first. An envelope with the coat of arms of the University of Edinburgh arrived the day after the envelope emblazoned with the Canadian Forces crest dropped into my mailbox.

Victor Frankl was a Holocaust survivor who wrote a haunting chronicle of his experiences as an Auschwitz concentration camp inmate during the Second World War, called Man’s Search for Meaning. He concluded that we attain meaning in our lives striving for a goal that is worthy of us. Fate brought the letter from the armed forces before the grad school letter. Fate put those people in right place at the right time to save my life. I think I’ll put my trust in fate to discover the goal that is worthy of me.