Well-educated professionals from Nigeria are turning their eyes to Canada after the U.S. expanded its visa and travel bans 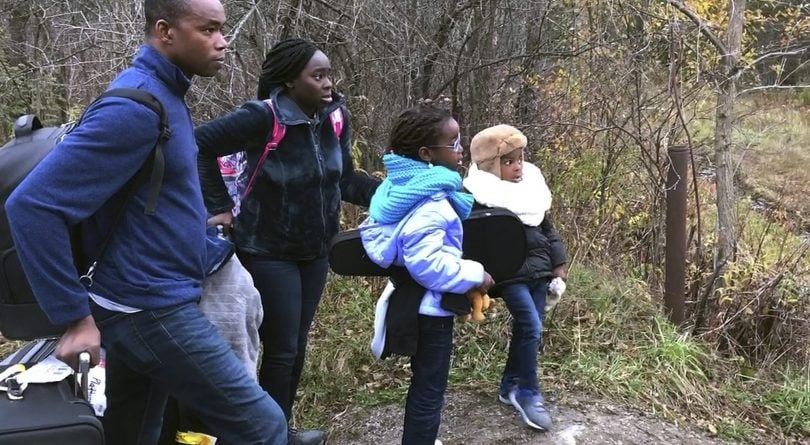 Nigerians have become central figures in the most heavily reported Canadian migration story in recent years, as the largest cohort streaming through Canada’s most controversial entry-point: the ditch at Roxham Road, in small-town Quebec, that became a magnet for asylum seekers.

More quietly, though, Nigerians are playing a significant role in this country’s overall immigration story: the numbers of people arriving through conventional channels—mainly as skilled workers—have spiked, nearly tripling since 2016. Canada now brings in more permanent residents from the west African country than it does from major traditional sources like Pakistan and the United States; in 2019, the flight of upper-middle class professionals like doctors and tech workers, along with their families, helped put Nigeria behind only India, China and the Philippines and as source countries for Canadian immigration, federal data show.

Now, this trend seems sure to accelerate thanks to that key disrupter of global migration patterns and norms, Donald Trump.

RELATED: The terrifying depths of Donald Trump’s ignorance, in a single quote

Last week, the Trump administration expanded the U.S. travel ban on predominantly Muslim countries to block or restrict immigration visas from four African states—Nigeria, Eritrea, Tanzania and Sudan—as well as Kyrgyzstan and Myanmar. As usual, the Department of Homeland Security dresses these bans up in bureaucratic language about vetting and national security. But it’s not lost on anybody that, amid his many hostile public rants about foreigners, the president has grumbled to aides that tens of thousands Nigerian visitors would never “go back to their huts” in Africa.

These new restrictions will still allow Nigerians and others to come to United States on tourism or student visas—unlike the full clampdown on people from Iran, Syria and other countries Trump targeted in 2017—but prohibit the foreign nationals from obtaining permanent U.S. status through green cards. It’s most serious ripple effect is occurring in Nigeria, heavily populated yet oil-rich, with a burgeoning professional class. “New U.S. travel ban shuts door on African’s biggest economy,” a New York Times headline notes.

Johnson Babalola, the Nigerian-born managing partner of a Toronto immigration law firm, says he’s received a sharp uptick in inquiries from Nigerians this week. But they’re not all from Africa. A number are coming from Nigerians who live south of the border, including students and even professionals who already have U.S. green cards.

Why are Nigerians who’ve already securely immigrated to the U.S. suddenly wary? Because this new ban shuts the door to family reunification. “If I’m a green card holder and I can’t even bring in my spouse or my children or other relatives, then that’s tough,” says Babalola. “So you ask yourself is there somewhere I can go to that’s more open?

“Canada, quite frankly, is the obvious choice.”

Canada’s Express Entry program for skilled workers, which the Harper government launched in 2015, has a clear and predictable points system that already helped make it easier for well-educated and experienced newcomers to immigrate here. The number of Nigerians who immigrated to Canada rose from about 4,000 in 2014 to 12,000 last year, numbers from Immigration, Refugees and Citizenship Canada show. Meanwhile, the number granted permanent residency in the United States during Trump’s tenure has been declining even before the current ban takes effect, according to data compiled by Robert Falconer, an immigration policy researcher at the University of Calgary School of Public Policy. During the last two years, Canada accepted more Nigerian immigrants than the U.S. did.

Falconer has also tracked newcomers to Canada from countries covered by Trump’s initial travel ban: Iran, Syria, Yemen, Somalia and Libya. In most cases, Canada’s intake of permanent residents from those countries rose, suggesting that this country will again pick up newcomers when its neighbour slams other doors.

Though reports suggest the Nigerian government is striving to maintain good relations with the United States, and to remedy the issues the administration claims are forcing it to put the ban in place, skilled workers may still prefer Canada, Falconer predicts. “If I’m a Nigerian professional considering a move to North America, I’d value certainty in the process over the whims of some mercurial presidency,” he says. Chad, which is Nigeria’s central African neighbour, was on Trump’s initial travel ban but came off a year later. Canada saw a spike in immigration from Chad during the ban and a decline afterwards, Falconer notes (though intake from Chad remained higher than pre-ban levels). The duration of Nigeria’s ban will determine whether Canada gets a smaller or larger bump, he adds.

Professionals from the rest of the developing world may also steer clear of U.S., lest their applications be suddenly ripped up because of a new Trump policy. Just as frustratingly, they could get into the country only to abruptly lose the chance to bring in children and spouses. “Other people from other nations will now be asking themselves: will we be next?” Babalola says.

A rise in conventional immigration, though, will not be the only effect of the new ban. To some, it appears tailor-made to induce Nigerians who land in the U.S. to enter Canada using the Roxham Road method—walking in and seeking asylum. They won’t be able to immigrate to Trump’s country, but they can get tourist visas to fly to New York and head straight to the Quebec-New York border, as thousands of Nigerians already have. The new policy will foreclose their option of seeking asylum in the United States.

But asylum claims by Nigerians dipped last year after efforts by Canadian and American officials to curb the pattern, and many of those who still choose the route are bound for disappointment. Only one-third of Nigerian refugee claims are being accepted by Canadian adjudicators, far lower than the typical success rate for asylum seekers, according to the most recent Immigration and Refugee Board data analysed by York University law professor Sean Rehaag. More than 10,000 more claimants from Nigeria await their hearings in a badly backlogged system.

Qualified professionals would have far more certainty coming in through the Express Entry, Babalola says. They and their relatives outnumber the number of Nigerians trying to move here as refugees. And thanks to the latest bit of migration upheaval the U.S. president has wrought, we can expect more of Africa’s best and brightest to boost the Canadian economy and plug our skills shortages.