U.S. cities are better at social distancing than Canadian ones, data show

Data from a trip-planning app shows that while movement has plunged in several Canadian cities, it's still higher than it should be 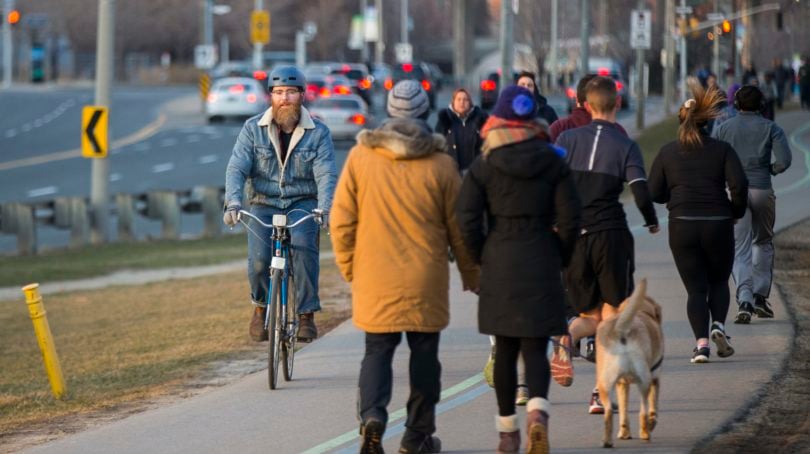 Frustrated city officials across Canada have stepped up their efforts in the past week to get people to stay home. In Toronto mayor John Tory threatened fines after weekend crowds descended on parks and beaches, Vancouver Park Board rangers gave out 430 warnings over the weekend to people in city parks, while police in Montreal are set to crack down on social distancing shirkers with $1,000 fines.

The message is getting through, at least if you listen to Canadians. In a poll Leger Marketing released Tuesday, 97 per cent of respondents said they are practicing social distancing themselves and that 94 per cent have stopped going out except for necessities.

The problem is quite a bit more people than that in Toronto, Vancouver and Montreal are still out and about, and we know that because they’re still planning trips around their cities.

READ: Canadians are telling their government—do whatever it takes to make it right

Citymapper, a journey-planning app, now offers a mobility index that draws on the company’s store of data to compare how much people in cities around the world are out and about compared to usual travel volume.

On the one hand, it shows the abrupt drop in travel that has occurred. For instance the percentage of people in Toronto who were still moving around last week had fallen from 84 per cent in mid-March to 20 per cent last week. But all three Canadian cities were still seeing more movement than in many comparable U.S. cities. In New York, which has been hard hit by a coronavirus outbreak, the percentage of people still traveling is just seven per cent of the usual level.

The mobility index shows was extreme social distancing looks like in hard hit Spain and Italy. Relative to usual travel levels, just three per cent of people in Milan were out during the week ended March 29, while it was four per cent in Barcelona, Madrid and Rome. Singapore, at the other end of the spectrum, stood at 57 per cent, but has kept its Covid-19 numbers down through other measures like extensive testing, contact tracing and targeting mitigation measures.

Toronto, which had the highest share of people still traveling last week out of the three Canadian cities on the index, is moving in the right direction, though. Citymapper’s index showed the relative percentage of people traveling had dropped to 17 per cent on Monday. Montreal had also notched down. Vancouverites, on the other hand, seemed to be heading out even more—compared to its weekly average of 14 per cent last week, 17 per cent were on the move Monday.