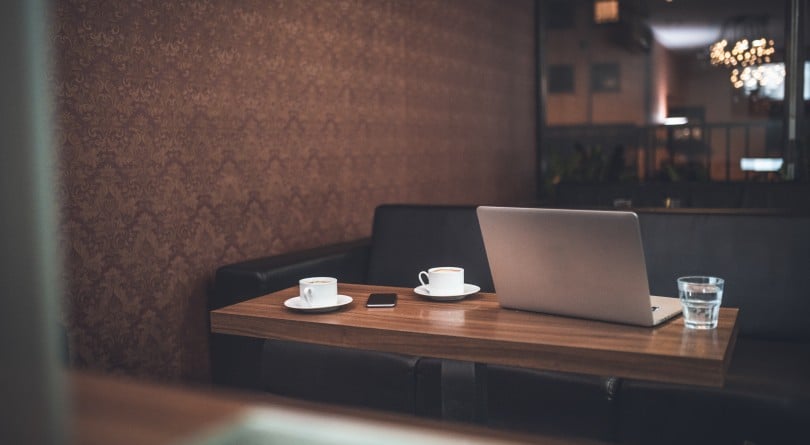 The day of the theft, Brian Schreiber started his morning in a bustling Vancouver Starbucks at Homer and Robson to perk up with a coffee and write a card to a friend. With him was his laptop in an expensive leather bag, and ﬁve USB sticks containing personal information. He set the bag on the table beside him and went to the counter to buy a coffee. He ran into a friend in the lineup, and the two chatted for a bit. It might have been at that moment the thief struck, nabbing his bag and laptop. Schreiber isn’t sure. “I’m a bit embarrassed to say that I did leave without the bag.” When he realized it was missing and called the shop, staff were sympathetic but told him no one had turned it in. He reported the theft to police, who so far have not found his bag. “It was a real bad mistake,” says Schreiber, a self-employed lawyer who used the laptop for work.

Schreiber is not alone in his misfortune. He’s one of a rash of victims targeted by thieves this summer in coffee-crazy Vancouver’s cafés. There are dozens, if not hundreds, of coffee shops in downtown Vancouver where people go with their expensive laptops and phones to grab a latte and surf the net or work, using free WiFi and chargers. Their clientele has come to reflect Vancouver’s disparate socio-economic proﬁle. On any given day, an aspiring novelist could be seated beside a moneyed stock trader. And beside them both could very well be a thief. At some point, someone gets up to use the washroom—it’s a coffee shop, after all—and doesn’t bother to pack up their belongings for the quick trip. Waiting to strike are opportunistic petty thieves, many of whom are addicted to drugs and steal to pay for their next ﬁx.

Electronic devices are small, portable and easy to steal. With some phone prices now topping $1,000, and laptops more expensive still, they are an attractive target, joining the black-market ranks of carbon-ﬁbre bikes and some older model cars and trucks. This fall, police harnessed the power of technology and mounted a bait e-device sting that resulted in the arrests of 14 people. They don’t like to give away details, but judging by past bait schemes, they likely planted traceable laptops and phones in cafés where thieves are known to frequent and stayed nearby to catch them when the global positioning systems in the laptops or phones showed the machines on the move. Many of those arrested have pages-long rap sheets for robbery, break and enter, and theft under $5,000. Const. Jason Doucette said most of those swept up in the sting had substance abuse problems and were stealing to fence the goods for money.

The use of GPS and bait devices in B.C. started in a big way in the early 2000s, when vehicle thefts were endemic throughout the Lower Mainland. Police adopted bait car technology pioneered by police in Minneapolis in the early 1990s. By the early 2000s, “Surrey was the auto theft capital of the world for all time,” says B.C. MLA and legislature speaker Darryl Plecas, who was a criminologist at the University of the Fraser Valley and held the school’s RCMP research chair. In 2003, more than 20,000 vehicles were stolen in the region; to combat the scourge, police positioned bait cars—equipped with GPS monitors, ignition kill switches and surveillance cameras—in high-theft locations. When a bait car is stolen, police dispatchers are alerted and can monitor its path via GPS. Everything that goes on inside the car (often expletive-heavy reactions), is also recorded on camera. Once a police response is under way, the vehicle’s motor is shut down to prevent high-speed chases. The technique works because most thefts are done by the same small group of people, Plecas notes. Every time police catch a thief for one incident, they are catching someone who has probably done 50, he says.

As immobilizers made cars harder to steal, thieves turned their sights on expensive bicycles. So police started placing GPS chips in bait bikes, too. “We have bait everything, even baby formula,” says Doucette. It’s true: in 2016, police launched a sting to catch a ring of thieves stealing cases of formula that were being shipped overseas. China was reeling from a tainted baby formula scandal, and worried parents in that country were willing to pay two and a half times the retail price for safe Canadian product. The ring was being run by a capable criminal who hired drug addicts to steal. Police video shows the recovered loot: cases of formula stacked in rows as tall as a person in the Vancouver Police Department’s stolen property ofﬁce.

With enough staff, says Plecas, police can shut down theft rings. But sometimes technology solves the problem for them. Manufacturers now build vehicles with immobilizers that are almost impossible to circumvent. Phones are traceable, too. Plecas ﬁgures it won’t be long before expensive bikes are built with locator devices, making them a less attractive theft target as well. Still, more markets for stolen goods are bound to open. And when they do, the thieves will be ready—just as they were for the baby formula.