Was Mulcair ready to run for the Tories?

In reaction to a recent Maclean's story, the NDP leader says never. A new source says he didn't dismiss the idea. 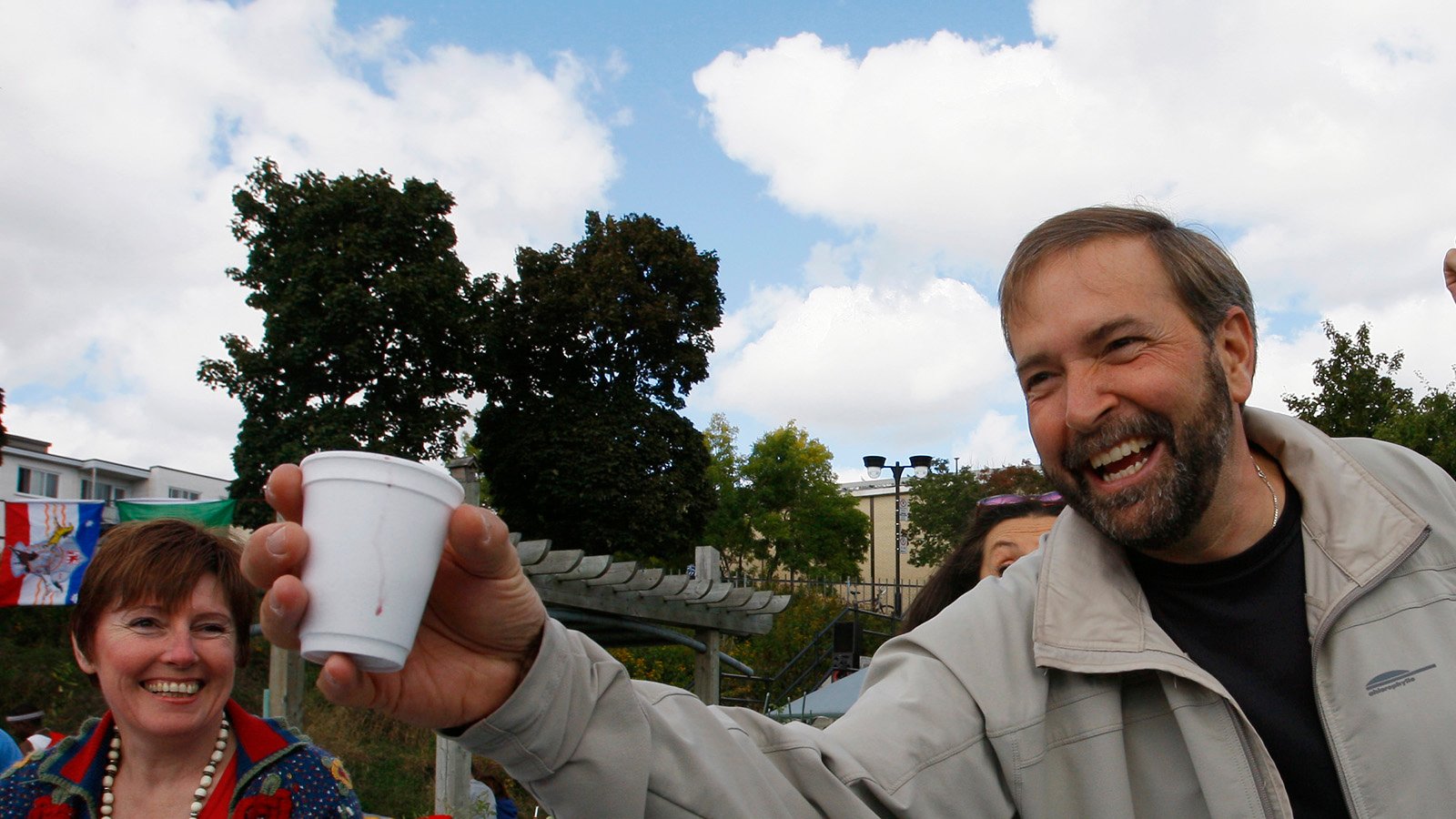 New Democratic Party (NDP) candidate Thomas Mulcair greets people at a community fair while campaigning in his riding of Outremont in Montreal, September 16, 2007. Quebec voters will go to the polls in three federal by-elections on September 17. (Shaun Best/Reuters)

NDP Leader Thomas Mulcair, speaking to reporters today in Quebec City, stressed that he had no intention of ever running for the Conservatives. He was reacting to a Maclean’s story yesterday about negotiations he had in 2007 to act as an adviser on environmental issues to Prime Minister Stephen Harper, which sources say broke down over money.

Mulcair says he was first approached by Quebec Conservative MP Lawrence Cannon to join the Conservatives, but backed out of the negotiations once the Conservative government’s unwavering opposition on issues such as the Kyoto Protocol became apparent. Reached today, Cannon says he remembers meeting with Mulcair in Quebec City. But Mulcair never shut the door on running for the Conservatives, according to Cannon.

“Clearly, Mr. Mulcair was looking for a job opportunity, and discussions focused on becoming the president of the National Round Table on the Environment and the Economy,” Cannon, who today serves as Canada’s ambassador to France, wrote in an email. “[Mulcair] did not dismiss the idea of running for the Conservatives, and did indeed raise the issue of the Kyoto Protocol,” Cannon wrote.

Former Harper press secretary Dimitri Soudas said he’d negotiated with Mulcair in early 2007, and Mulcair balked at the government’s $180,00-a-year salary. Mulcair, Soudas claimed, wanted $300,000. Another source close to the government confirmed Soudas’s characterization of the negotiations between Mulcair and the Conservatives.

Soudas maintains he and Mulcair spoke over the phone, not in person.