We sent a sketch artist to cover the Justin Bieber circus 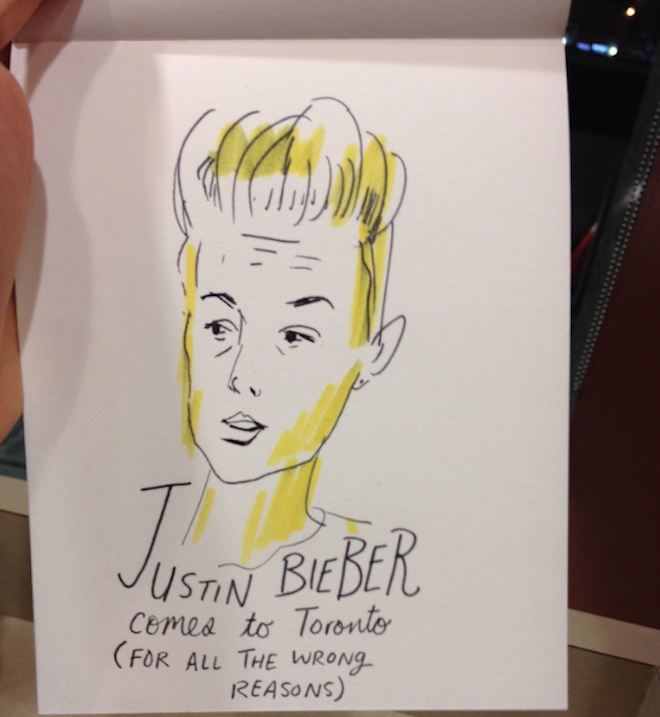 Maclean’s contributor and Toronto artist Sarah Lazarovic headed to 52 Division in Toronto on Wednesday evening after news reports suggested Justin Bieber would appear to be booked on charges related to an incident last month in Toronto.

From the CP story posted elsewhere on the site:

“In December, police told the Canadian Press that they were looking into allegations that a member of Bieber’s entourage assaulted a limo driver who was driving the Canadian pop star and several others. A police spokesman said at the time that it was unclear whether the teen heartthrob himself was involved in the alleged attack on Dec. 29, or simply one of his companions.”

Toronto Police refused to say if Bieber was about to make a showing:

The lack of confirmation did not stop fans and media from gathering in front of the police station.

Lazarovic reported on the scene via Twitter. We updated as she worked: 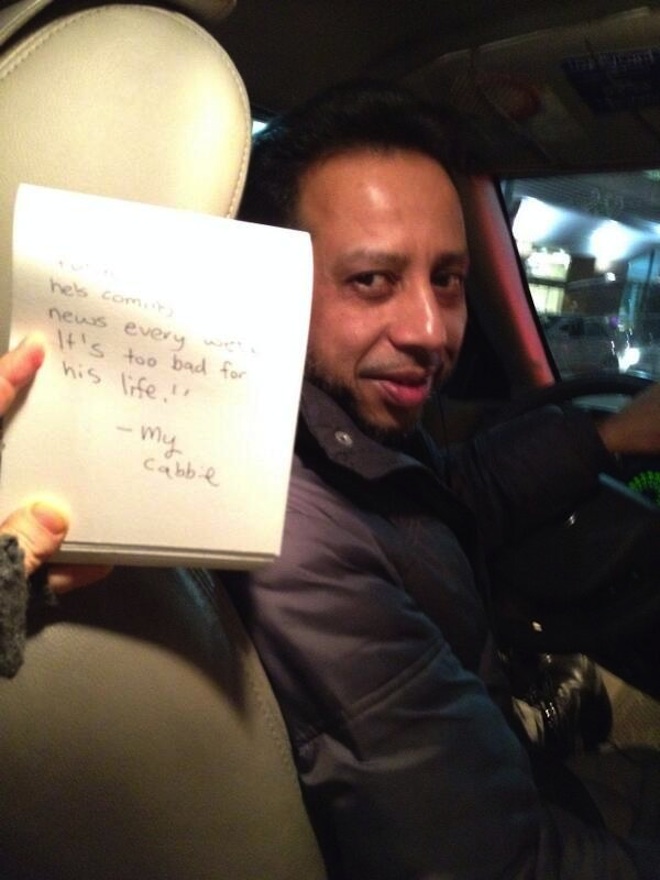 My cabbie’s thoughts on Bieber. “It’s too bad for his life.” 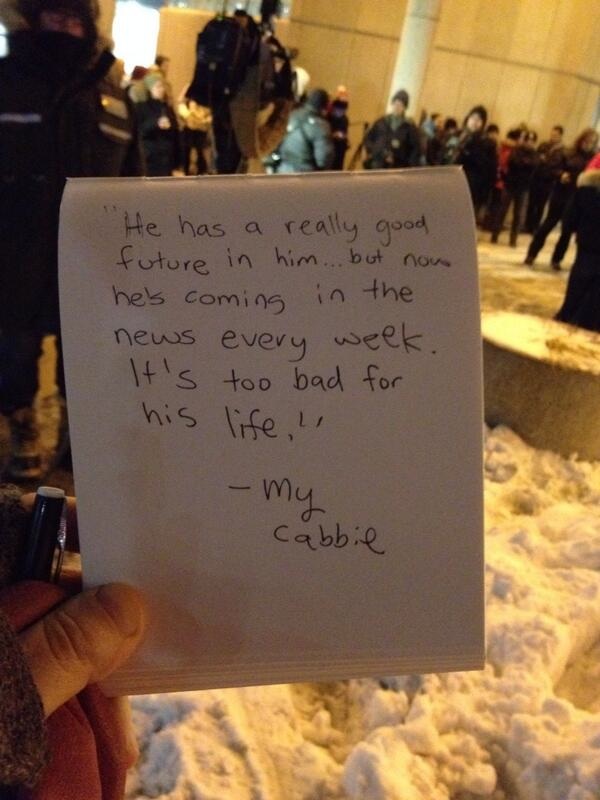 Here it is again … a little bit closer. 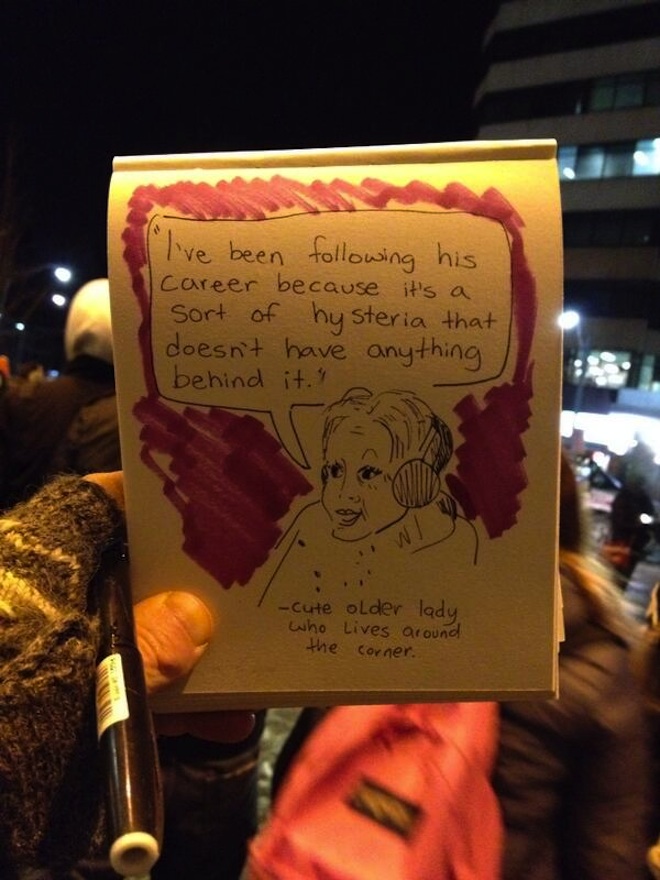 “I just live around the corner and was curious.” 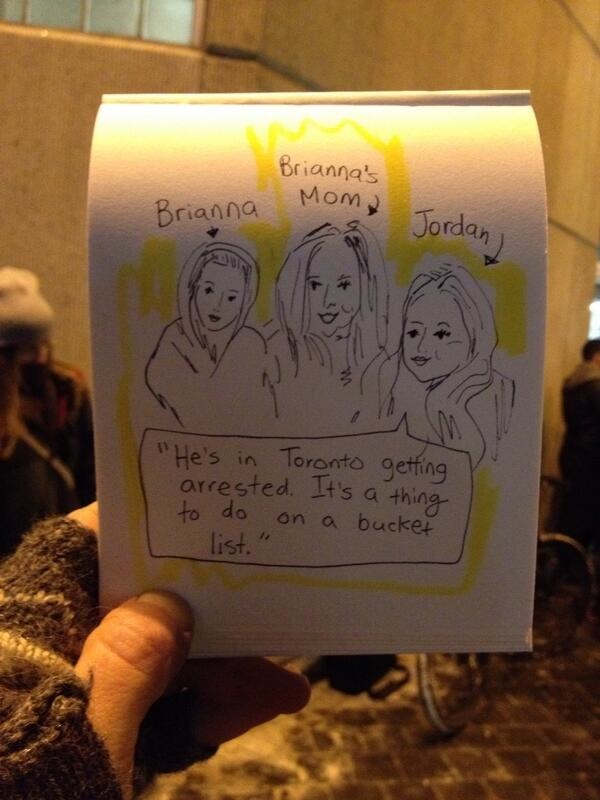 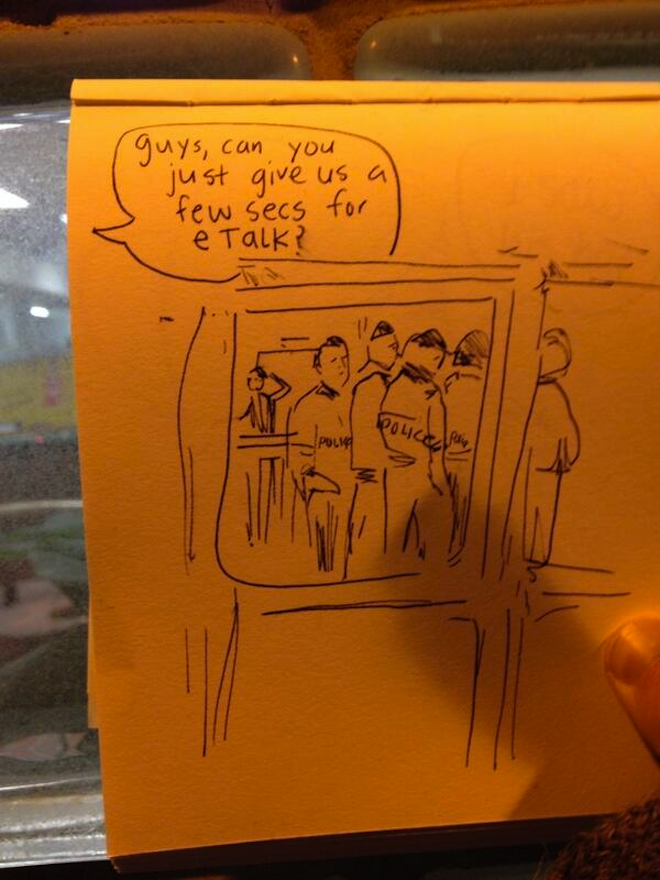 You can actually see perfectly well through the glass blocks at 52. 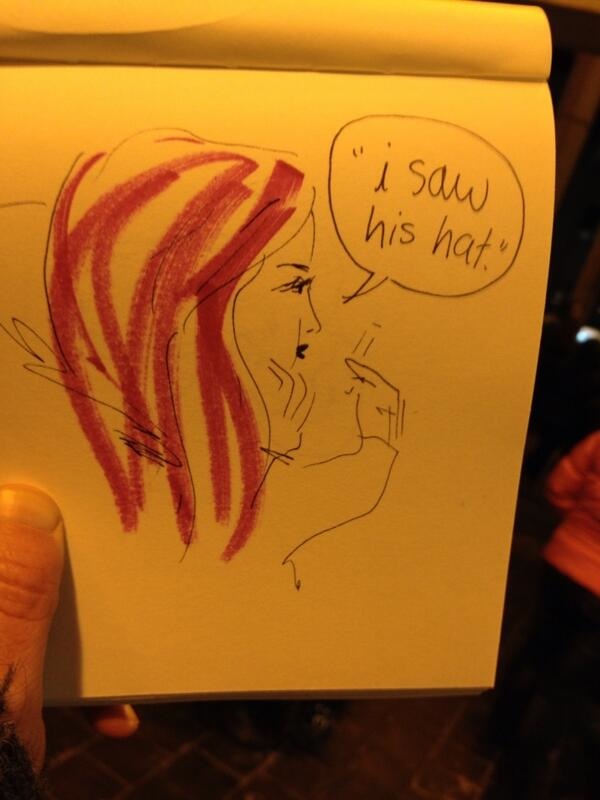 I asked her how she knew it was his hat, but she could not say. 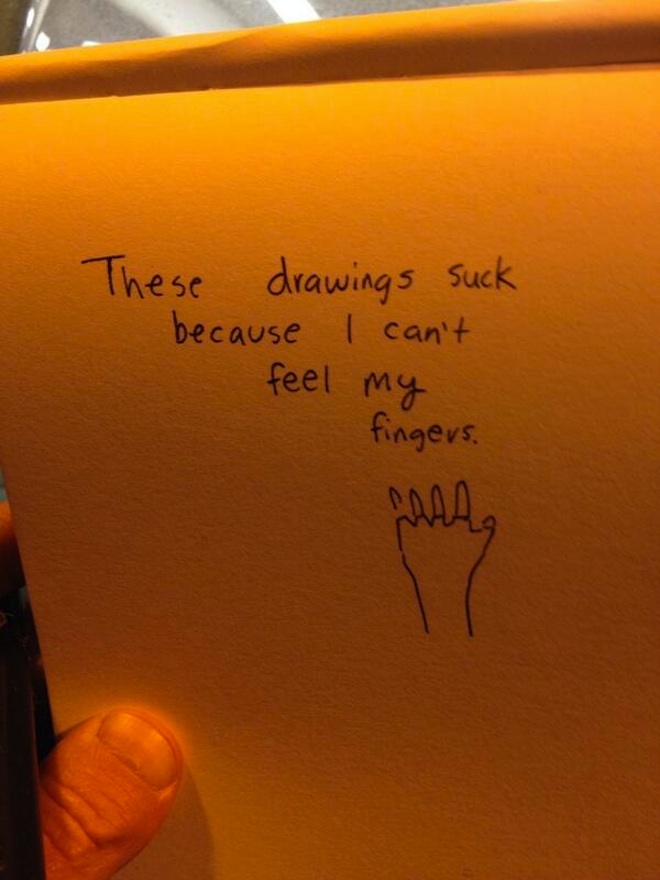 I can’t feel my fingers … or my toes. 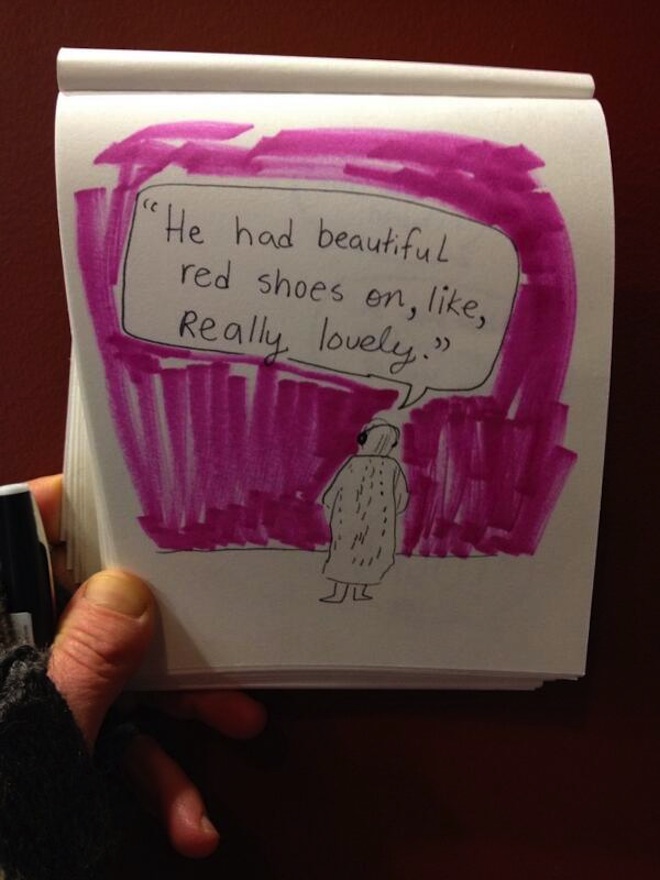 Same cute lady from before. She is either a secret superfan or a little bit lonely. 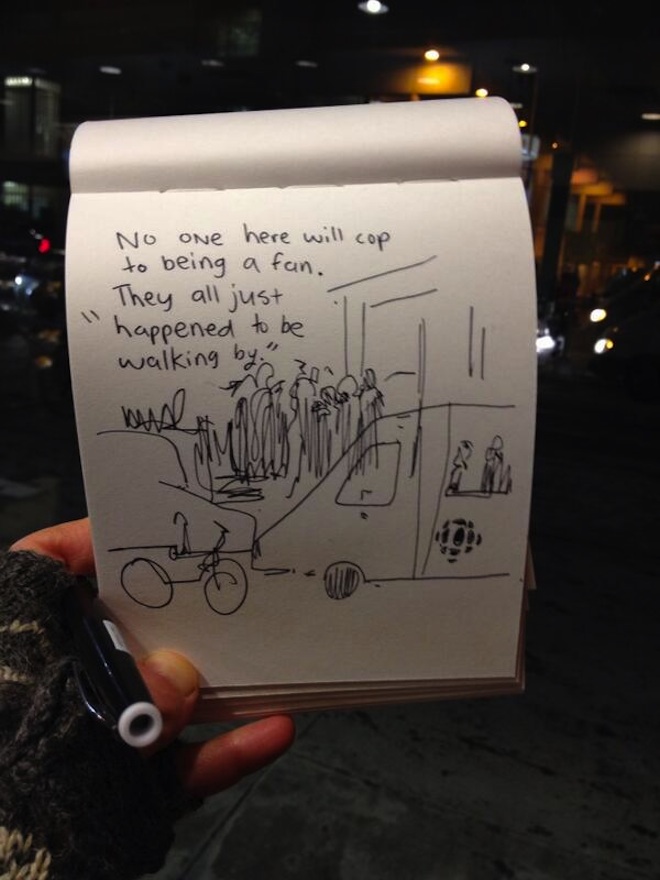 Seriously, one girl was all, “I’m just curious about spectacle, semiotics, objectification, blablabla.” 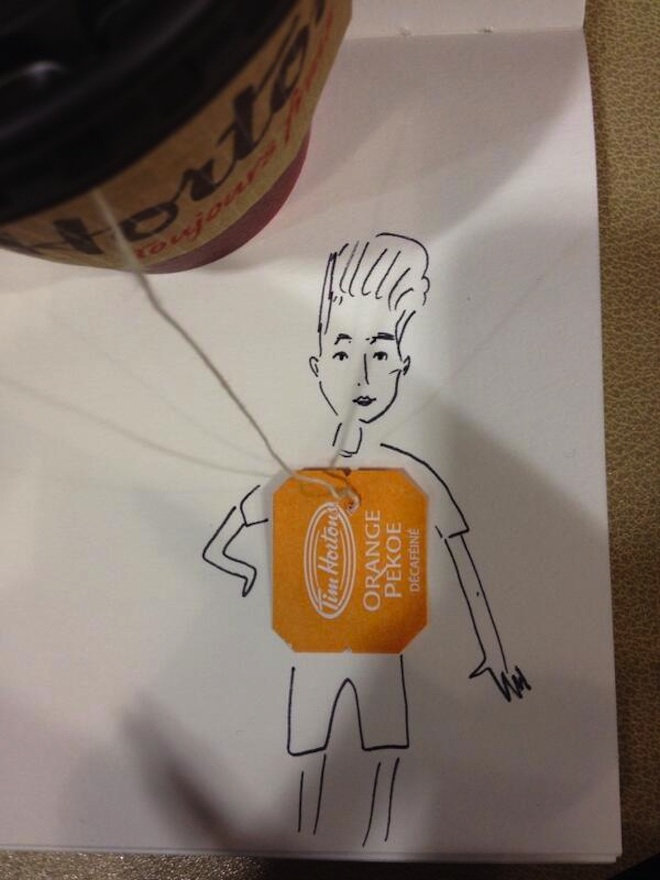 Justin Teaber. Retreated to the Tim Hortons where the beliebers just ejected a drunk, racist guy. 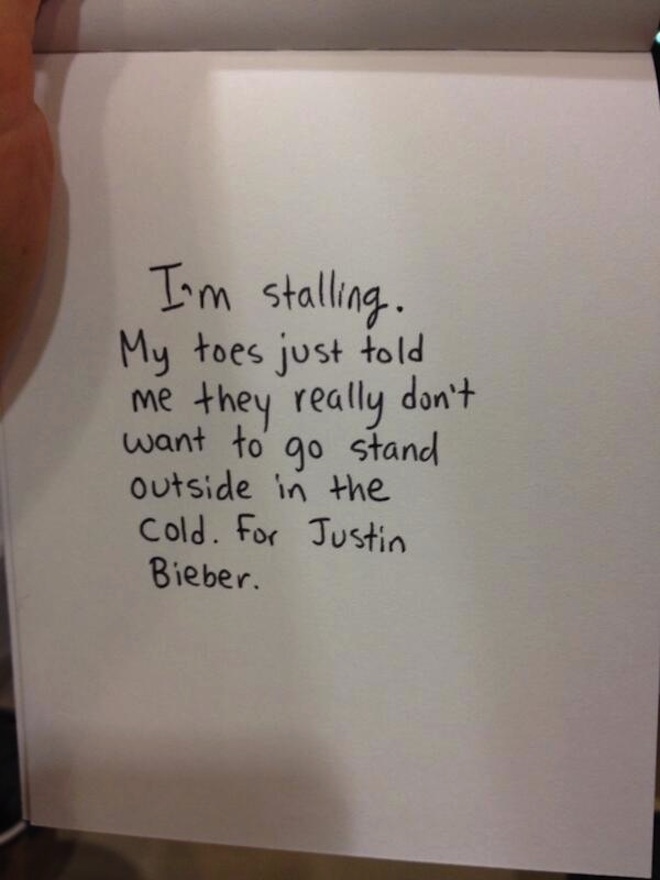 Gimme two more minutes. This tea is actually not bad. 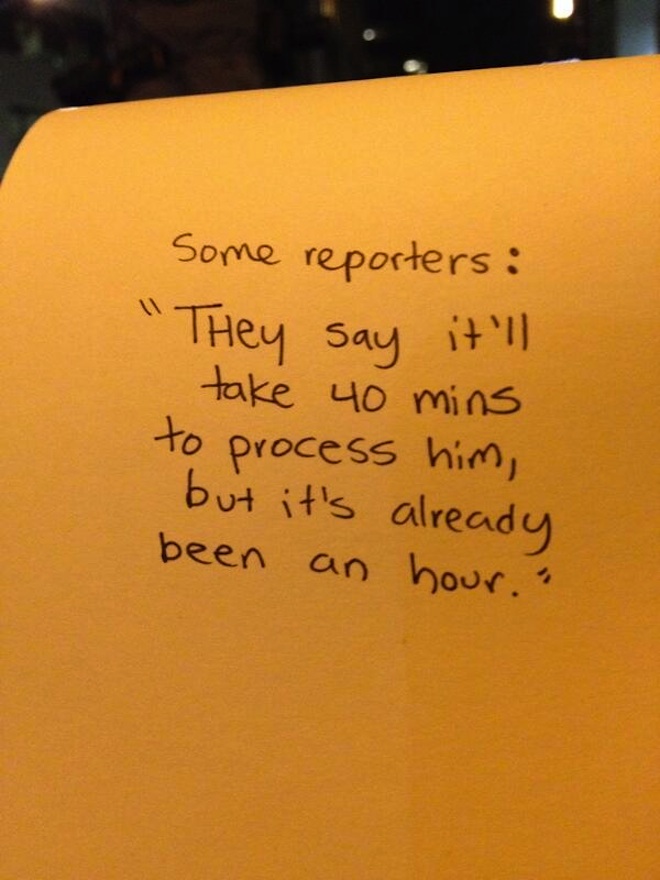 These guys don’t mess. Also, it would suck to die of frostbite covering Justin Bieber getting booked. 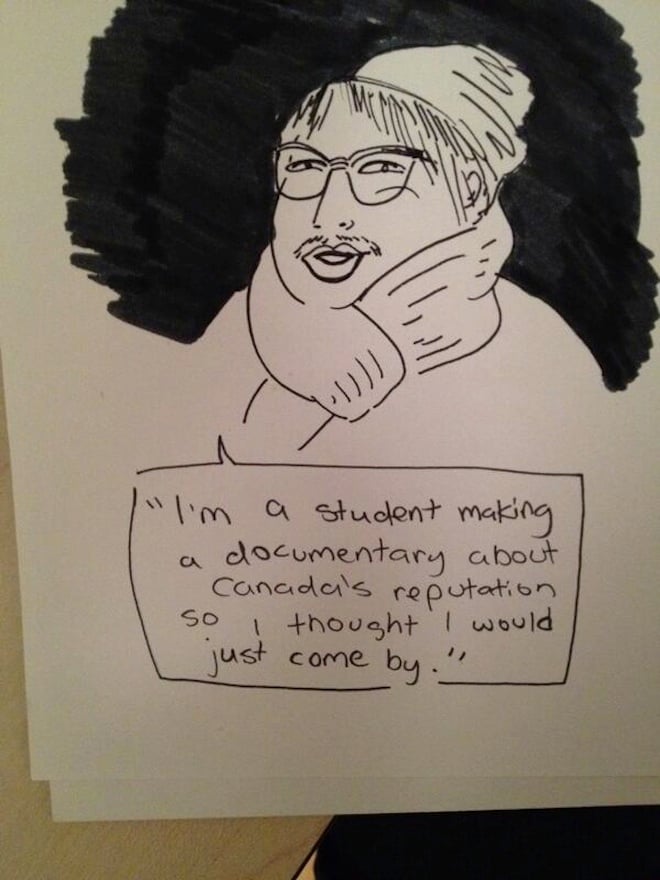 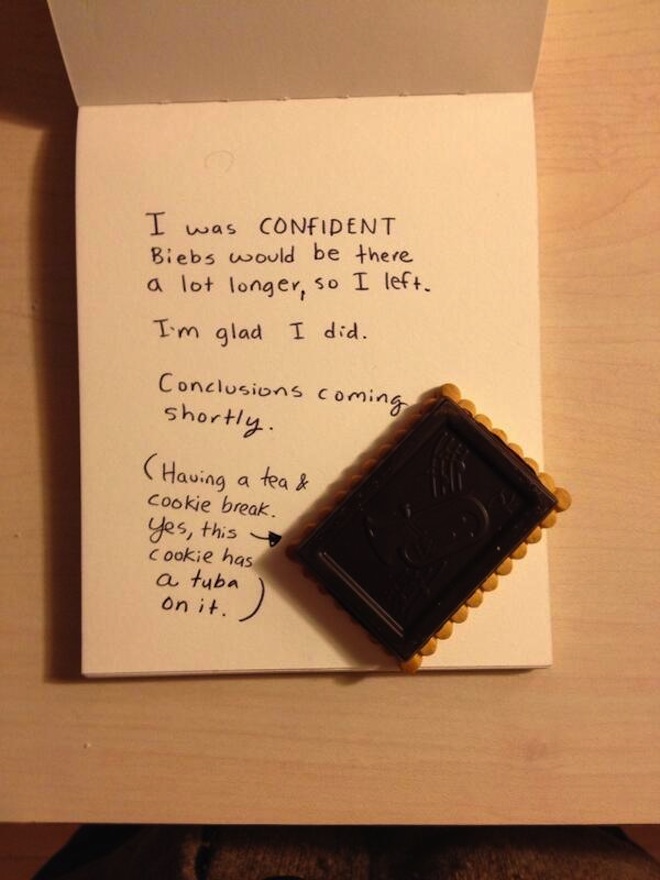 There is only so much time a self-respecting human can spend waiting for Justin Bieber. 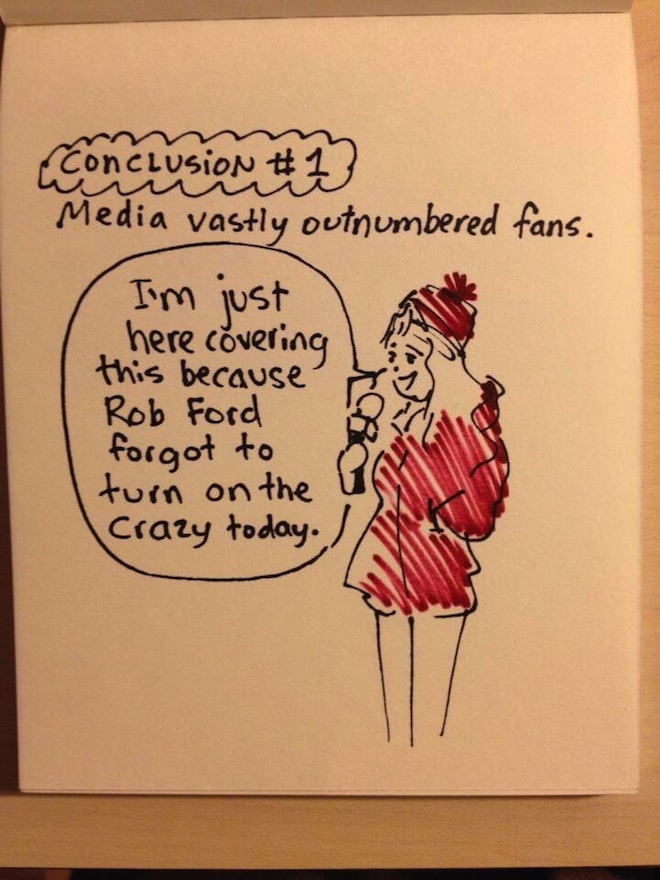 So much wasted energy. 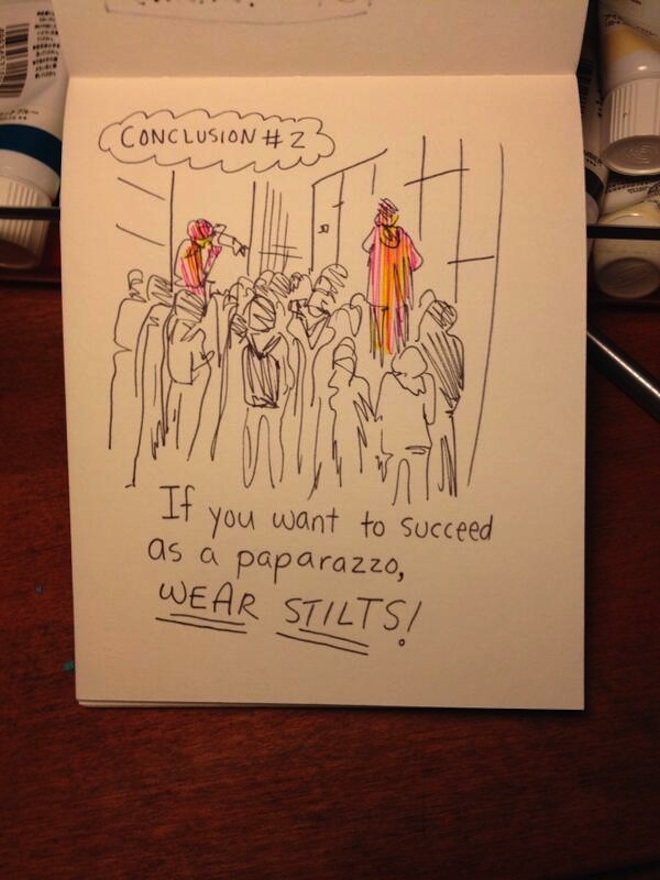 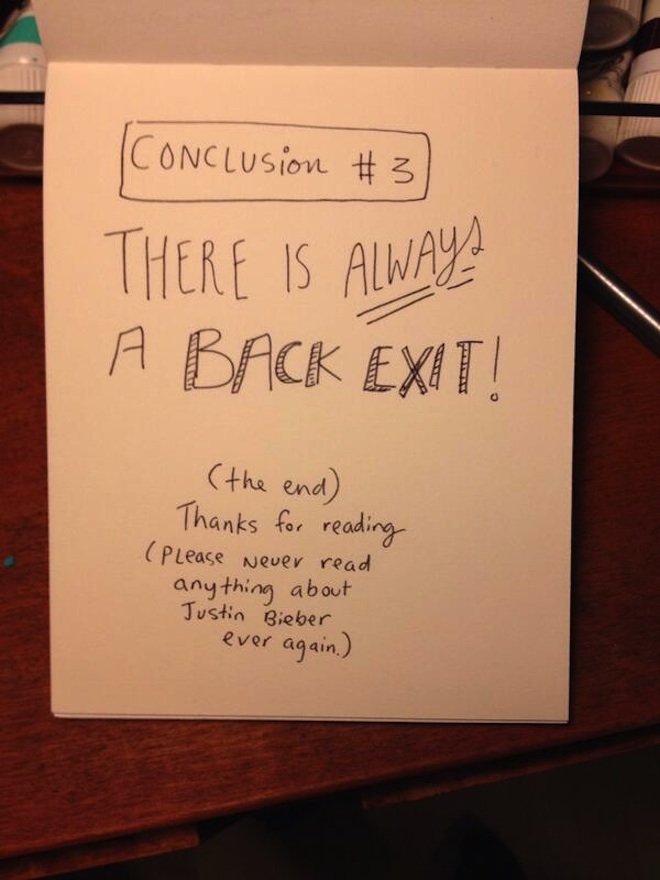 For the record, via CityTV, here’s what the scene looked like when Bieber arrived: