Sure, Canada sits on top of the world geographically. But we're also global leaders in many surprising ways. Here's a few. 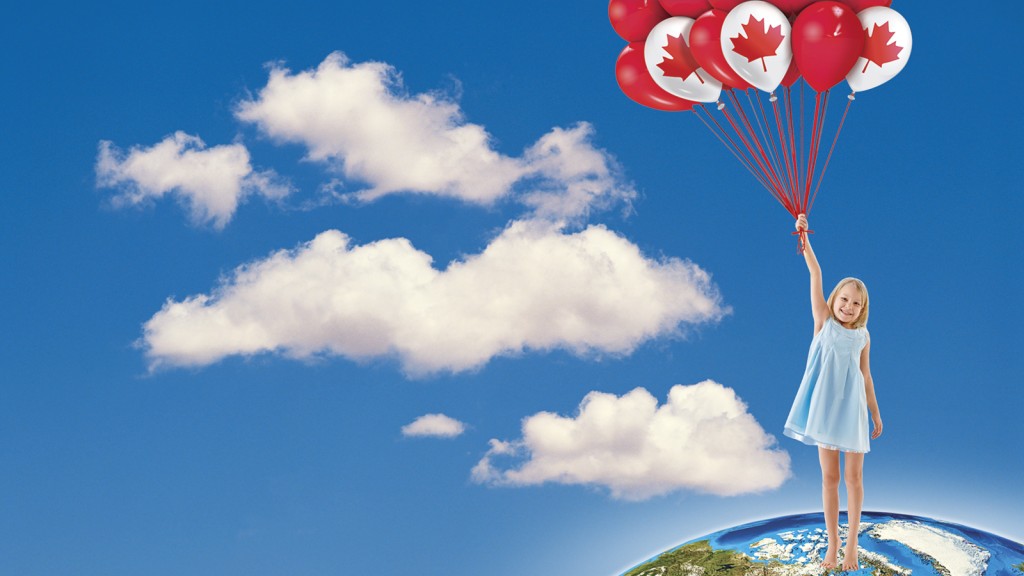 We all know Canada sits on top of the world geographically, but as this list of firsts proves, we are global leaders in so very many surprising ways.

Say cheese — we’ve earned the right: Cast your classic Canuck modesty to the four strong winds and revel in our world-beating reputation for . . . cheese.  Lancaster, Ont.’s own Lankaaster is the Supreme Global Champion of the Global Cheese Awards. Wow, that sounds important.

We’re at home on the water: Canadians can do a lot in a canoe—but we’re better in a dragon boat. At the World Dragon Boat Racing Championships in Hungary, Canada finished first in 12 of 21 events. 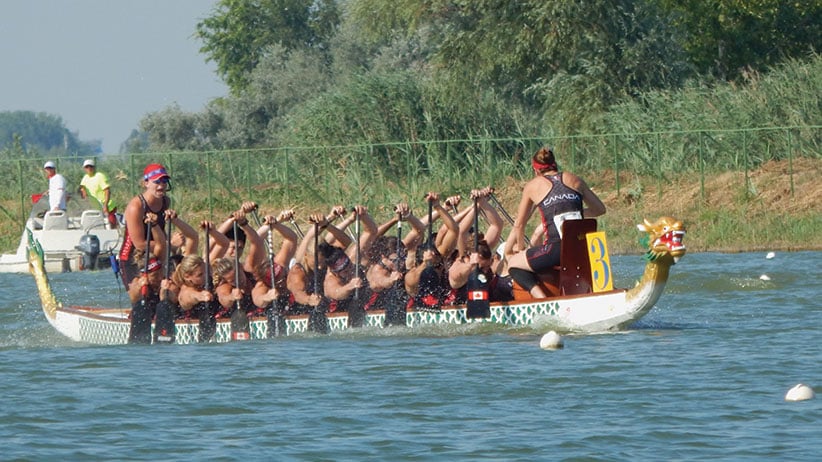 You can count on our banks: The World Economic Forum has ranked Canada’s banks the soundest in the world out of 148 countries. What accounts for this strength? The banks will tell you that, unlike their American colleagues, they never take their eye off potential risks. Politicians and regulators, on the other hand, will take credit for a streamlined regulatory system that avoids the overlap and potential loopholes that plague Wall Street. The truth probably lies somewhere in between.What matters is whether the strength of the banks will hold up when the next crisis comes, which at some point, it will.  It makes one forgive the puny interest rates they pay. Almost.

Our middle incomes are at the top of the global pile: A New York Times report earlier this year showed that median incomes in Canada rose 20 per cent between 2000 and 2010, after adjusting for currency and inflation, to $18,700—putting us neck and neck with the U.S. Given the continued strength in the Canadian economy since 2010, along with lacklustre gains in the U.S., Canada’s middle class is likely to have pulled well ahead. At the same time, new research in the last year showed that the so-called “American dream”—the notion that anyone born to rags can rise to riches—really belongs to Canada instead.

The Canada Day Quiz, Pt. 1: You vs Canada’s Smartest Person!

We own the 245-kg deadlift: Ron Delaney, a 62-year-old from Sydney, N.S., won the Classic World Powerlifting Championships in the master’s division for the fourth year in a row.  He also set a new record in the deadlift.

… the lumberjack record for speed climbing: The lumberjack world record for ascending and descending a 90-foot pole was set by B.C.’s Stirling Hart in 18.3 seconds. (And style points for that great name!)

… and a record in disc flying: At the World Overall Flying Disc Championships in Sweden, Calgary’s Rob McLeod won the Self Caught Flight World Championship, meaning he threw a disc 79 m in the air, ran, and caught it himself.

We boast the word’s speediest salesman: Justin Gattey won the International Livestock Auctioneer Championship at the Calgary Stampede, speed-talking his way past nine other finalists to become the world’s fastest salesman.

We’re the best at snooty art films and DoGooder videos: No other country on Earth can touch Canada when it comes to the most critically lauded genre around: the snooty art film. This year’s Cannes film festival, ground zero for the world’s elite cineastes, featured a record number of Canadian films in official competition, each of them the highest of the highbrow. There was David Cronenberg’s lofty satire Maps to the Stars, Atom Egoyan’s intense and so-very-slow drama The Captive and 25-year-old wunderkind Xavier Dolan’s emotional (i.e., extremely non-commercial) drama Mommy, which took home the festival’s Jury Prize. (The Canuck-led aloofness didn’t end at the official competition level, as Ryan Gosling’s impenetrable directorial debut, How to Catch a Monster, played in the appropriately titled Un Certain Regard side category.) If that wasn’t enough of an art-house assault, Quebec’s Geneviève Dulude-Decelles’ The Cut won the award for best international short film at this year’s Sundance film fest, and Toronto annually wades into high-and-mighty territory with its globally celebrated film festival. But if dominance in one film genre isn’t enough, we’re also tops in the emerging instructional-medical film category: the Canadian Cancer Society’s film Nutiquette, about testicular cancer awareness, took home first prize at this year’s DoGooder Nonprofit Video Awards. The ball’s in your court, world. 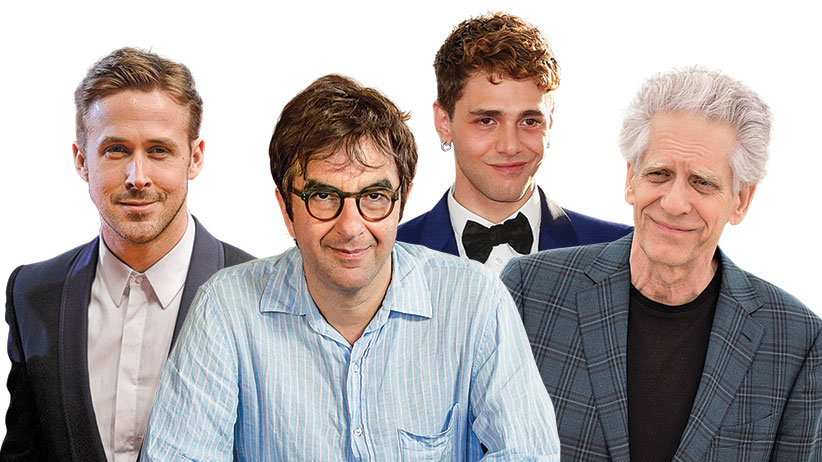 We had lift-off … at least for 64 seconds: Since its inception 33 years ago, the $250,000 Igor I. Sikorsky Human-Powered Helicopter Award stood unclaimed, until a Toronto-based team took it for pedalling their machine in the air for 64 seconds.

We’re stars in space — (and the Twitterverse): Chris Hadfield, a TED-talking, Bowie-impersonating space cowboy, became the first Canadian commander of a million pounds of metal known as the International Space Station in March 2013. In the course of conquering space, he won the hearts of more than a million people following him on Twitter. Not to be outdone by the world’s first space-going, social media giant, four Canadians won a NASA International Space Apps Challenge this May by designing what they called “Twitter for the sky.” The app would constantly update a cosmic stream of goings-on so astronomers and amateurs alike could keep an eye on the universe. It comes not a moment too soon for Kathryn Aurora Gray of Fredericton, who, at 10, became the youngest person ever to discover a supernova when she spotted the exploding star on New Year’s Eve.

We even win at the old college try: Back in 2000, when the Organisation of Economic Co-operation and Development measured the proportion of people between the ages of 25 and 64 with post-secondary degrees in 42 countries, Canada came first, with 40 per cent in cap and gown. When the OECD’s “Education at a Glance” report was released in 2013, we were still the most educated country on the list, with 51 per cent of Canadians earning a degree from a college or university.

Our housing market keeps defying the odds: For years now, experts the world over have used words like “frothy,” “bubbly” and “overheated” to describe Canada’s soaring housing market. Another word they might consider: resilient. Despite the repeated warnings of an inevitable cooling, Canada’s housing market just keeps steadily rising in all major cities. In fact, nowhere has the dream of home ownership seemed so rewarding in recent years than in Canada.  A recent Statistics Canada report says the median reported value of a principal residence was $300,000 in 2012, up 83 per cent from 1999. The market is being driven by record-low lending rates but also by foreign investors who believe Canada is a safe and desirable place to park their money. In its ranking of the world’s most resilient cities, the U.K.-based, real estate investment and development firm Grosvenor recently named Toronto, Vancouver and Calgary the top three places for long-term real estate investment, calling them “safe havens in a rapidly changing global environment.”

We write the books the world is reading: Canadian authors have long held sway over the global literary scene—though we’ve never been quite as on top of the world as now. This past October, Alice Munro became not only the first Canadian to win the Nobel Prize in Literature, but the only homegrown author to unite the entire country in one giant patriotic love-fest. (Sorry, Margaret Atwood, but even if you cure cancer, you are simply too divisive.) We’ve also claimed New Zealander Eleanor Catton as one of our own after she snagged the Man Booker Prize for her epic murder mystery novel, The Luminaries. Finally, Toronto’s Eitan Amos won the only book-based contest that really matters, placing first in the International Youth Bible Contest in Jerusalem this May. It isn’t called the “greatest story ever told” for nothing, after all. 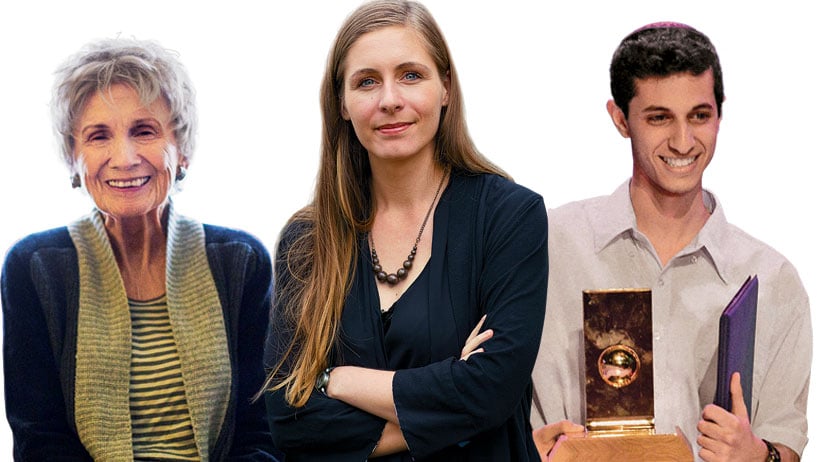 We are a country full of great repute: If reputation is a country’s calling card, then Canada is knocking down doors all over the world. When we came out on top for the third time in an annual survey of 27,000 people from the G8 countries, there was much to crow about, especially when the superpower to the south checked in at 22nd. The Reputation Institute, a management consultancy with offices in New York and Copenhagen, reported last year that Sweden was a close second (we scored 76.6 out of 100; the Swedes got 76.5), with Switzerland and Australia and Norway filling out the top five spots. It’s probably a good thing everyone else likes us, because Canadians aren’t so effusive. According to the latest survey by GlobeScan, a global consulting firm, Canadians ranked Canada’s role in the world below that of the U.S., France, the U.K., and Australia, said Doug Miller, GlobeScan’s chairman. “In part, that’s the beauty of Canadians. We’re very modest and self-critical. We have our stellar reputation. But we as Canadians don’t feel that we’re living up to it as much.”

Two words: Hockey supremacy: How best to measure our domination of the game? In Olympic gold medals? In our production of stars like Steve Stamkos and P.K. Subban—two of the most electrifying players in the sport? Canada, it turns out, remains by far the most prolific source of professional talent, providing nearly half the roughly 210 players drafted to the NHL each summer. That’s about the share we’ve produced since the league introduced the draft in 1969, and gives lie to the notion that Europe and the U.S. are stealing away Canada’s status as the sport’s worldwide centre of excellence. 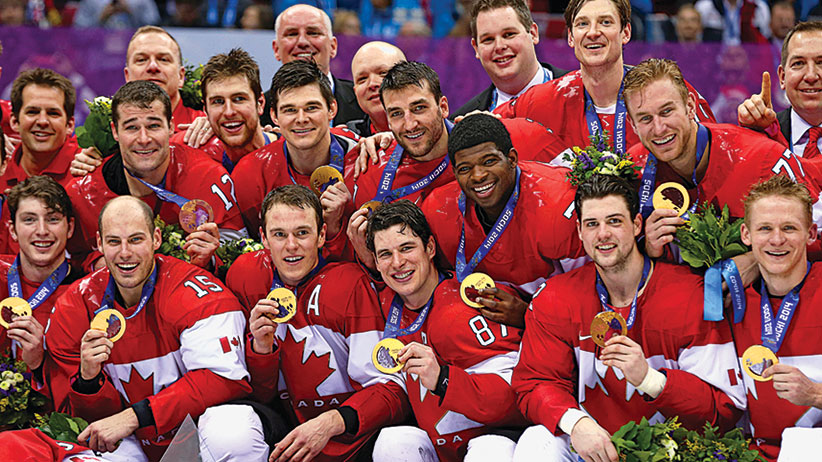