What Canada really needs to do to help in South Sudan

Canada's ambassador has mused about adding to our peacekeeping in South Sudan. But we must learn from past mistakes first 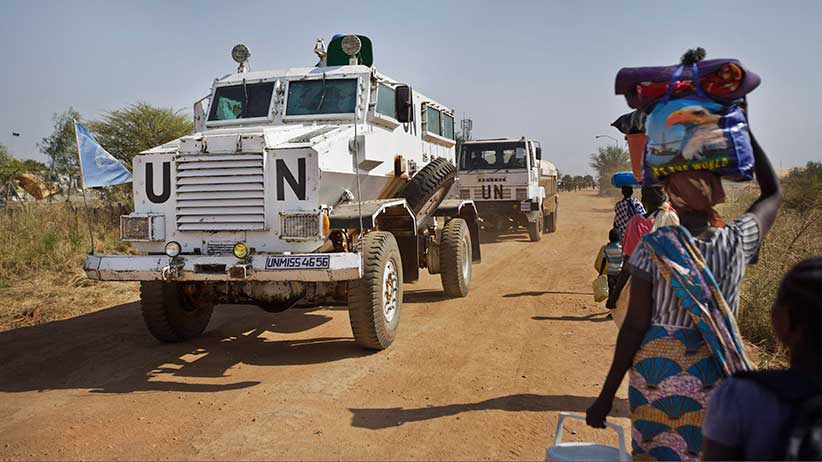 The famine in South Sudan is devastating. And it’s only going to get worse if the violence doesn’t end.

So it should be some relief that last week, Alan Hamson, Canada’s ambassador to South Sudan, suggested to the CBC that the Canadian government should consider increasing its contribution to the current peacekeeping mission.

But while we believe Canadian peacekeepers can help stop the famine in South Sudan, it is imperative that they must learn from past mistakes made by UN forces operating in the country.

Last fall, the UN released a report looking into the failure of UN peacekeepers to protect civilians following a spike in violence in South Sudan in July. UN peacekeepers were noted as being too risk-averse: “When the Mission does conduct patrols, its soldiers peer out from the tiny windows of armoured personnel carriers, an approach ill-suited to detecting perpetrators of sexual violence and engaging with communities to provide a sense of security,” the report said. The investigation team found issues of leadership and coordination created an ineffective response, which ultimately put lives at risk.

To be most effective, peace operations must adopt a “people-centred” approach with the protection of civilians as one of the primary drivers of the mandate.

CARE’s humanitarian team has been responding to the conflict in South Sudan since it started in December 2013. In many countries where we work, humanitarian and peacekeeping operations are intertwined, yet deliberately separate. Aid workers and peacekeepers maintain a balance guided by good practice on civil-military coordination. At the centre is a recognition that humanitarian actors must be able to operate independently from the military, in line with humanitarian principles. This is imperative to our ability to operate safely and ensure we can help those most in need.

However, we cannot do so if our staff members are under threat. In some cases, we need UN peacekeepers to set the conditions so we can safely do our work.

Peacekeeping forces need the trust of local populations and must have the mandate to venture out and be present. This means regular foot patrols rather than remaining confined to compounds. All sides—civilians and combatants alike—must know they are out in the community and intend to keep the peace.

This is not necessarily meant to be a show of force, but a return to order, so people feel safe enough to go to work, shop at local markets, and take their kids to school. Defining such rules of engagement are the responsibility of UN members funding and supporting these operations.

Also, while Canada’s government has committed to enacting some policies with a feminist approach, those planning future peacekeeping deployments in South Sudan would be wise to adopt this here too, as it is often women who are most vulnerable in times of crisis. This could mean leading the world in setting standards and training to ensure our soldiers protect civilians from sexual exploitation and abuse. Encouraging other nations to adopt such measures, coupled with strict monitoring and enforcement mechanisms, could do more for peacekeeping than any single deployment. Increasing the number of women in the rank-and-file and leadership positions on peace operations abroad could also support this and allow soldiers to better reach women and girls in affected communities.

The famine in South Sudan is driven by conflict and if we can stop the violence, we can move forward in reaching people with food and critical aid. However, before any strengthened Canadian deployment is considered, it is critical that planners learn from past mistakes if they truly wish to help the people of South Sudan.

Gillian Barth is president and CEO of CARE Canada. CARE has been operating in Southern Sudan since 1993, most recently providing assistance in health, nutrition, food security and livelihoods, peace building and gender-based violence prevention across four states including some of the worst affected by conflict.