What has become of my British Columbia?

How did British Columbia go from the stewardship of Amor de Cosmos, asks Hadani Ditmars, to Vancouver becoming an emptying hedge city? 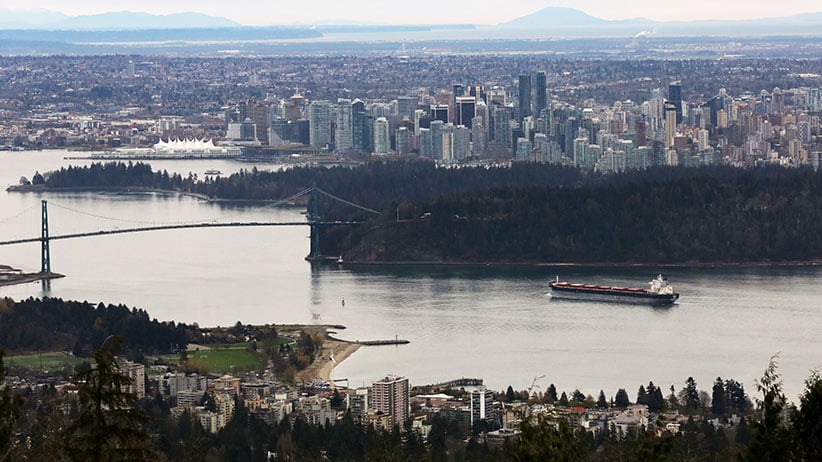 A cargo ship passes Stanley Park under the Lions Gate Bridge into the Port of Vancouver in 2016. (Chris Helgren/Reuters)

On the eve of British Columbia’s recent election, I contemplated my province’s destiny while taking in a performance of a new composition called Lucid Dreams.

Composed by Vancouver’s Jocelyn Morlock and performed by the Vancouver Symphony Orchestra with cello soloist Ariel Barnes, it was a highly charged and emotional performance. As he dove into the three-movement concerto, with a score featuring winds, horns, harp, percussion and strings, Barnes’s cello wound through jarring codas and vibrant passacaglias before reaching its dramatic conclusion, evoking a lucid dream: a kind of “waking dream” where the dreamer has some control over the narrative. It was not only a world premiere of the lush instrumental work—it was also the final performance of rising star Barnes as principal cellist with the VSO.

After a bittersweet goodbye hug with maestro Bramwell Tovey, Barnes, 40, went straight to the airport for a plane for Germany, where he has accepted a position with the Nuremberg Symphony, well before the end of the program.

The orchestra followed with an impassioned performance of Fauré’s Pelléas et Mélisande Suite and Ravel’s Daphnis et Chloé Suite No. 2—and it felt like they were playing on their very heartstrings. But it wasn’t just the pain of losing a cherished friend and colleague that made the evening so powerful. That night, the music seemed to express the pathos of this province, and serve as a kind of requiem for this city.

Barnes, whose young family will undoubtedly enjoy all the benefits Germans do in terms of subsidized housing, education and culture, is not the only one leaving. A 2016 Angus Reid poll suggests that a “generation” of more than 150,000 families are considering leaving Metro Vancouver because they are being priced out of the region’s real estate market.

All over the city, longstanding businesses and shops—from the storied 102-year-old Ingledew’s Shoes to the beloved West End neighbourhood pub the Dover Arms are closing down, and whole streets on the city’s West side stand like ghost towns, the houses empty. These were the images in my head as I took in the orchestra’s Death of Melisande from the mezzanine of the Orpheum Theatre, a civic icon built in 1927 that was the biggest theatre in Canada and a popular vaudeville venue at the time, and then only narrowly saved from demolition in 1974 via a fundraising campaign fronted by the likes of Jack Benny.

In miniature, the Orpheum is a reminder that our province and our city have survived crises before, from boom-and-bust economics to timber industry downfalls. But somehow, it feels like now, more than ever, our very soul is at stake.

B.C. is enduring Canada’s second-highest poverty rate, a massive and growing gap between rich and poor, the under-funding of our schools and the arts, and Vancouver’s current status as the world’s third-least affordable city. It has a child poverty rate that’s higher than the national average. Our resources are being slated for brutal extraction. Our unceded land is being sold to the highest bidder, leaving no room for families or elders or young people or artists.

Just how did we go from Amor de Cosmos, the self-named second premier of B.C. who passionately advocated for public education and an end to economic and political privileges, to Vancouver becoming this hedge city, a resort town for the wealthy that eats its young? How did we get here? Where are we going? How did it come to this? 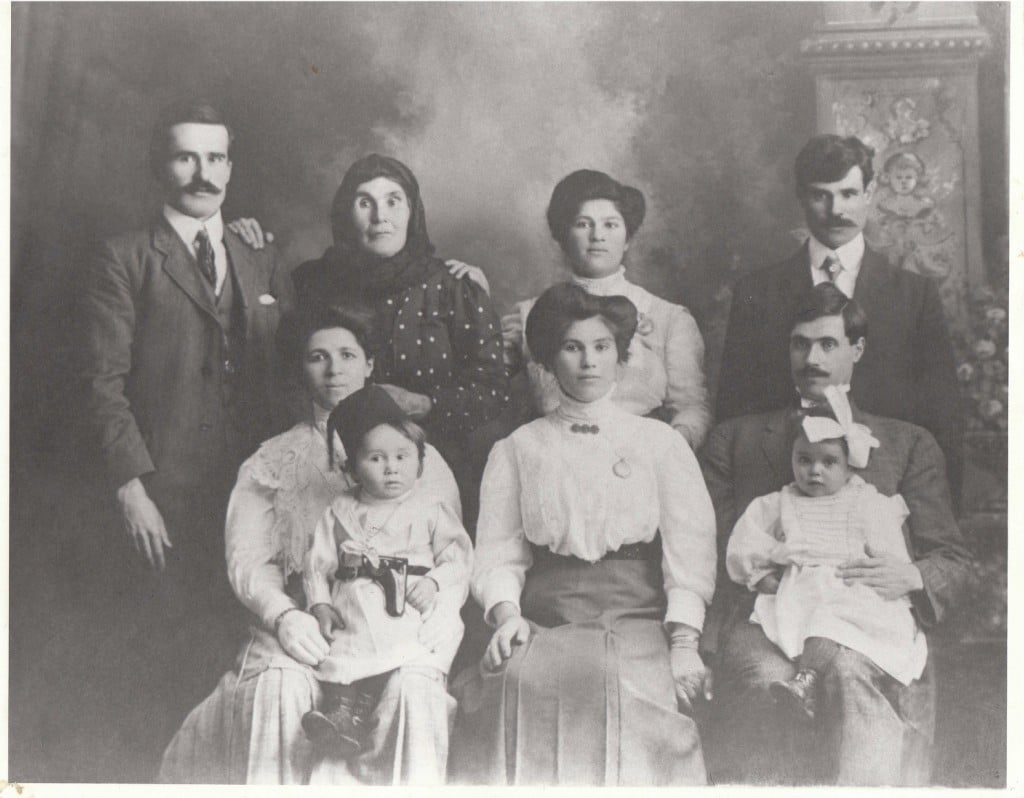 As citizens leave, as heritage is disappeared, and as a whole generation becomes disinherited, I contemplate the bones of my ancestors, scattered all over this province—from Prince Rupert to Kelowna to Maple Ridge to Nanaimo—and what brought them here.

There was my great-great grandfather T.J. Shenton, a miner and Methodist preacher from the Midlands who came to organize the unions in “Coalville”—Nanaimo’s former name—and who was an agitator in the 1913 strike, partly sparked by lower-paid “Asian labour.”

There were my great-grandparents from what is now Lebanon, Christians fleeing Ottoman oppression in what was then part of Greater Syria. They found refuge on these shores over a century before the latest round of refugees, but barely made it in before pan-continental anti-Asian exclusion laws would have made it rather difficult; their papers, after all, were stamped “Asiatic” upon their arrival here. They always said they came for the country’s “rule of law,” and yet their son was adopted by a Haida chief in the 1940s—clandestinely, as the ceremony was still illegal then—in the back of the family store.

The bonds with First Nations families developed as my great-grandparents, who had escaped the excesses of the Ottoman Empire, did not share the racism of the far-flung corner of the British Empire they had chosen to settle in. Nisga elder Rod Robinson told me that they were apparently the only local merchants that treated First Nations people with respect, extending groceries on credit and declining to employ store detectives to follow them. Robinson said they kept much of the Nass Valley from going hungry during the Depression.

And there was my great-great grandfather Jeremiah Vanderbilt Ditmars, a sea captain of New York United Empire Loyalist stock, who came to B.C. at the end of the 19th century from St. Catharines. His son, W.C. Ditmars, who was a key player in the assembly of the Lions Gate Bridge project, constructed a home in the exclusive railway-baron enclave of Shaughnessy (a Dutch Colonial-style mansion on Pine Crescent now occupied by the CEO of Telus), and left his entire fortune to his second wife.

What would my ancestors make of this place now?

It is a place still in colonial denial where whole islands were simply acquired—and now managed by—“island trusts,” descendants of missionaries and settlers on lands cleared by Asian labourers, making rules about “development.” A place where fentanyl kills the young, predominantly First Nations people. A place where families can’t afford to live. A place where people are leaving, from our young to our artists, like the Germany-bound Barnes. Our best and our brightest are fleeing Lotusland for more affordable climes, and for a future from resort-town, resource-driven realities.

B.C. wants to be all things to all people—but how can it be? Wild west and multicultural idyll, settler nation and hedge city, backwater and gateway. The B.C. election produced a near-tie between the two major parties, and in terms of provincial identity, it feels like we are as undecided and deadlocked as our politics.

But now, as everyone is moving away from what was once a land of opportunity for our ancestors, perhaps the deadlocked elections are an opportunity to face our ghosts and transform our history.

A friend once likened Vancouver to a slow-motion carousel, where the same people and situations go round and round in surreal montage. And B.C.’s intractable polarized politics and ongoing neo-colonial realities often have the feel of a suspended animation nightmare. Perhaps the time has come for lucid dreaming, the kind where we can take control again—a lucid dream that would go beyond the ones cast in music.