From helicopters on emergency standby to cleaning up beer cans on the beach, we tally the total bill of the Port Huron Float Down gone awry 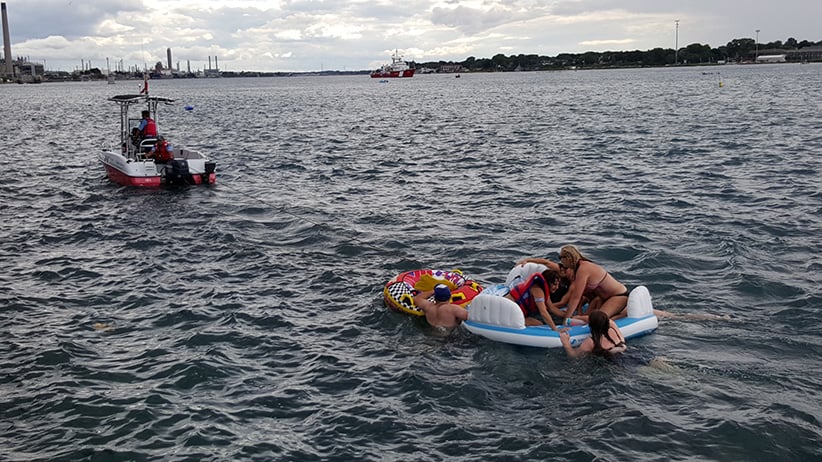 A Canadian Coast Guard ship tows floatation devices used by U.S. partiers to the Canadian side of the St. Clair River between Michigan and Ontario on August 21, 2016. About 1,500 Americans ended up in Canada after getting hit by strong wind and rain. (Canadian Coast Guard/Reuters)

It’s been just under a week since 1,500 inebriated Americans took to the St. Clair River between Michigan and Ontario in inflatable rafts, triggering a minor border security crisis and a massive rescue effort and clean-up operation. But only now are we seeing the final costs of the annual Port Huron Float Down event, which went awry when strong winds blew the rafters into Canadian waters near Sarnia, Ont., coming to light.

In response to the debacle, our neighbours to the south started a GoFundMe page to recoup the costs for Sarnia, which topped $8,000 as the city paid to bus thousands of Americans back home, and so far the crowdsourcing initiative has raised $5,000. It’s a nice gesture, but it will hardly put a dent in the full cost of the unsanctioned event, once expenses for the U.S. and Canadian coast guards are included, not to mention the impact to commercial vessels that were blocked from using the river for eight hours during the event.

So how much did it cost to help the tubing drifters—between the foreseen and unforeseen costs on both sides of the border? Here’s a full breakdown, and perhaps a new GoFundMe fundraising goal: 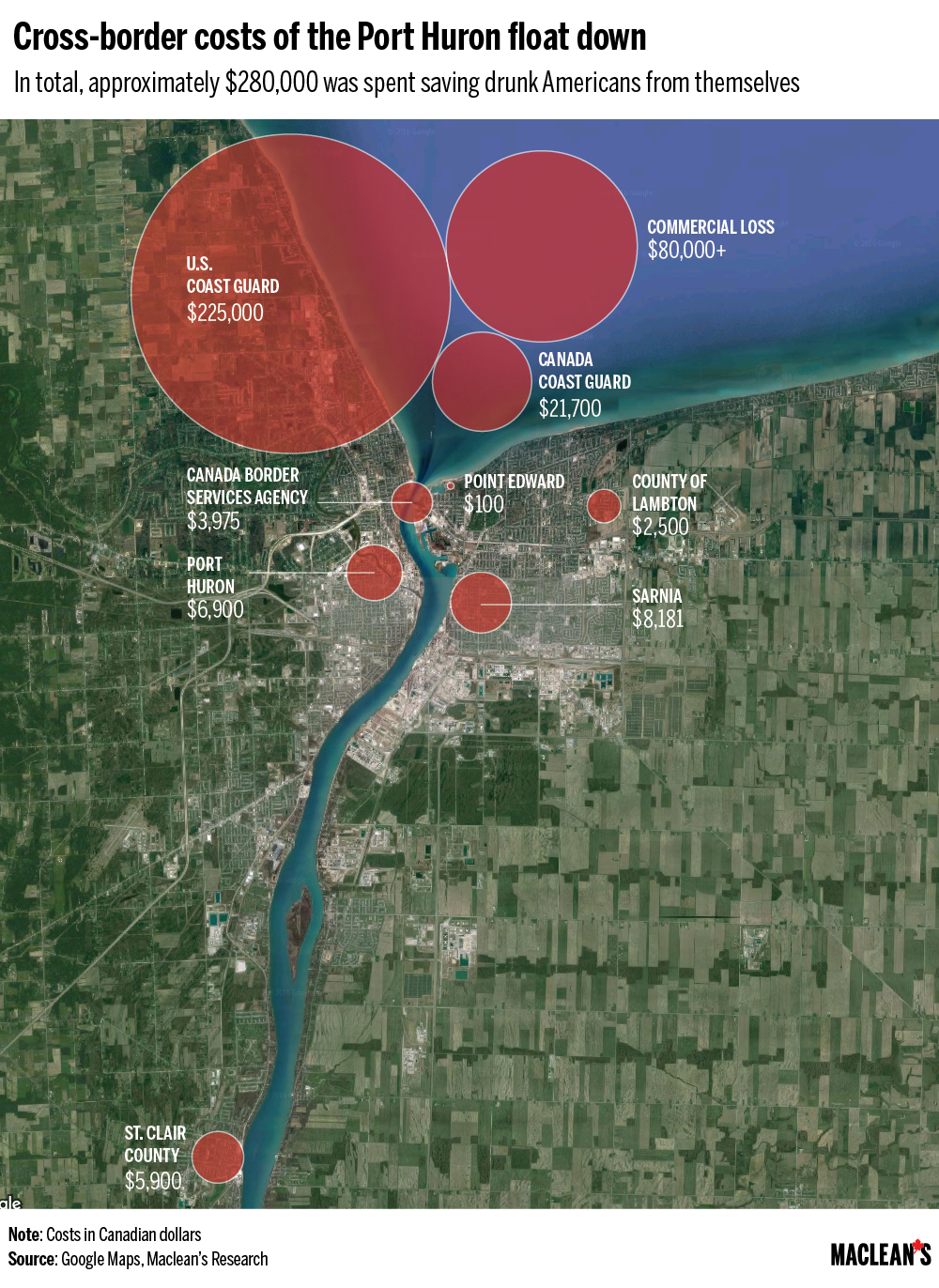 Here’s a full breakdown of the costs.

Port Huron Police and Fire Departments: $6,900 (Note: does not include related expenses such as boat fuel.)

Estimated cost due to delays for commercial vessels: More than $80,000

RCMP: No dollar amount provided. One member from Sarnia Detachment was on a regular shift and three members from Windsor Shiprider worked 12-hour overtime shifts