What the failure of Sweden's schools can teach Canadians

Editorial: Canada has long been compared unfavourably to Sweden, with its cradle-to-grave social programs. Turns out, we might be better off. 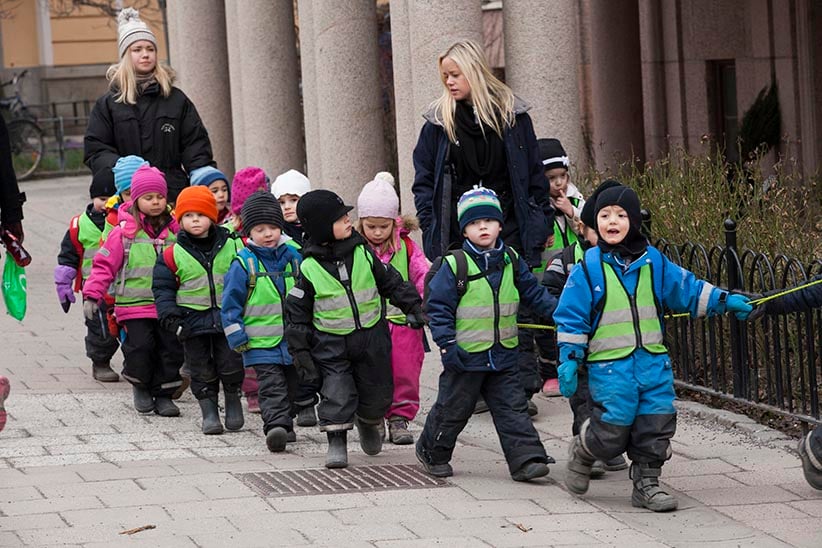 Canadians have plenty of experience being compared, unfavourably, to Sweden. Back in 1973, we were famously told that the average 30-year-old Canadian man was in the same physical shape as a 60-year-old Swede. Sweden’s comprehensive welfare state has long been held as a marvel of income and gender fairness. And the country’s universal child-care system—which guarantees every child a spot in subsidized daycare from age one—is repeatedly presented to Canadians as evidence that our lack of a similar program ought to be considered a national embarrassment.

After decades of living in the snow-white shadow of our Nordic compatriot, however, cracks are starting to appear in the famous Swedish model of enforced equality, high taxes and cradle-to-grave social programs. In the crucial area of schooling, in particular, it looks as if it’s now Canada’s time to shine.

Over the past decade, the Swedish school system has performed abysmally when compared to its international peers. The problem is so acute, the government asked the Organisation for Economic Co-operation and Development (OECD) to investigate; it released its assessment this week. “Sweden’s student performance has declined in all key domains of literacy, numeracy and science, from above or around the OECD average to below the OECD average,” the organization says. Since 2000, no country experienced a steeper drop in math test scores for 15-year-olds than Sweden. Despite the fact that Sweden spends considerably more than the OECD average on schooling, its share of poorly performing students has steadily increased, while the percentage of top performers has fallen by half.

Beyond test scores, Swedish students also display a troubling unwillingness to learn. “Sweden had the highest proportion of students who arrived late for school among OECD countries,” the report notes. The country also has a higher than average record of class disruptions and disorder. All this classroom chaos is discouraging teachers, as well. Nearly half of Swedish secondary teachers say they’d pick a different profession, if given the opportunity for a career do-over.

In recommending how to turn around the Swedish school system, the OECD leans heavily on Canada. Part of Sweden’s problems may lie in the sudden influx of immigrants into what was once a very homogeneous country. Canada, by comparison, is recognized as a world leader in coping with the challenges of a diverse and polyglot student body. In establishing ambitious goals to improve numeracy and literacy, Ontario gets particular mention in the OECD report. As for the malaise felt by Swedish teachers, the report points explicitly to “high-performing school systems, such as Canada’s and Finland’s” for advice on making teaching a valued occupation.

Beyond any welcome sense of validation Canadians may feel in finally topping Sweden on an important matter of social policy, however, the rapid decline of the Swedish school system also offers some important lessons about hot-button topics currently under debate here, as well.

Sweden envy remains a powerful political force in this country, particularly in the lead-up to October’s election. Federal NDP Leader Thomas Mulcair has vowed to create his version of Swedish daycare: one million regulated child-care spaces by 2018. And Liberal Leader Justin Trudeau made Swedish-style income redistribution an explicit goal, with his announcement this week of a plan to create a new tax bracket for those earning more than $200,000 a year, in conjunction with a tax break for the middle class.

Yet the ballyhooed claim that universal child care is necessary to both properly prepare toddlers for the rigours of school and equalize outcomes for all has clearly come a cropper in Sweden. The result of multiple generations of participants in an idealized and very expensive universal child-care system appears to be a Swedish student body defined by below-average test scores and atrocious classroom manners. So where’s the benefit?

Even more striking, OECD investigators suggest that Sweden’s fixation on reducing income inequality could actually lie at the root of its failing school system. The combination of high taxes and generous social payments “may not provide sufficient incentive for learning and working hard,” the report states baldly. “The importance placed on equality in Swedish society may have had the unintended effect of not challenging all students sufficiently. Parents would seem to play a role in this by overprotecting and nurturing them too much, and insufficiently challenging them when they grow up.” By insisting on equal outcomes for all, the Swedish welfare state appears to have inadvertently sapped the will to succeed on the part of students and parents alike.

That said, it’s not all bad news for Sweden’s school system. The OECD says students are above average at learning English as a second language. It’s a skill that might come in handy.