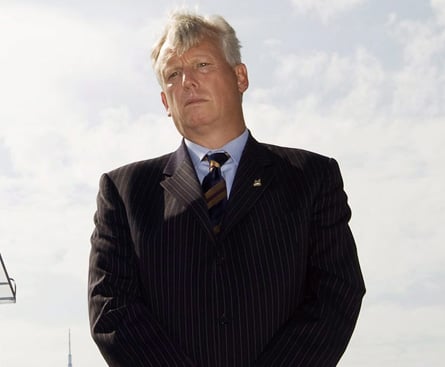 The Toronto city workers’ strike has already dragged on for a month. As a result, municipal services like pools, daycares, kids camps, and garbage collection have been shut down. (Grab a copy of this week’s Maclean’s for more on the strike.) If residents want to get rid of their refuse they have to take it to one of the city’s management-run temporary dump sites, 19 of which are still accepting garbage. But the Miller family has held on to their trash, and plan to continue adding to the garbage heap until the strike ends. Hauling it to a temporary dump site isn’t an option. “That’s sort of like giving in to the strikers,” says Miller.

He’s extremely frustrated by the strike and the problems it’s causing, but says living with trash can be made tolerable with a little work. He separates his refuse and recyclables, and tries to minimize the smell of organic waste by tossing it in a backyard composter. But composting only goes so far. City equipment can handle meat, for instance, but most household composters can’t. So Miller has to throw his leftover burgers and steaks into black bags and let them rot. “If you’re in the middle of the garage, getting a bike out or something, you can tell there’s a month’s worth of garbage there,” he says. His recyclables are piling up too, so his family is trying to buy products with less packaging to save space.

But no matter how big the pile gets or how often his kids—who would normally be at a city-run summer camp during the day—say they’re bored, the mayor refuses to cave. “Keeping the garbage in the garage is a small inconvenience,” he says. “And if I’m an example of what the average citizen can do, we can throw our garbage in the garage almost indefinitely.”

Also at Macleans.ca:
Toronto stinks
The festering trash is just another sign that the city’s high hopes are being held ransom by out-of-control costs

Canada’s best and worst run cities
Get all the numbers behind our exclusive survey. And see where your city ranks.