When will residents of Fort McMurray be able to go home?

What we know so far on when the people of Fort McMurray can return, and why it's been delayed 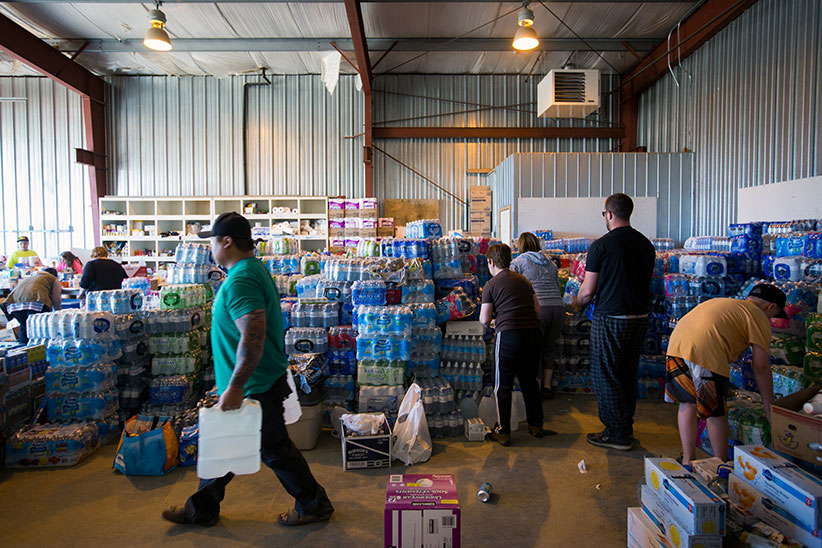 Residents of Fort McMurray, Alberta, sort through donated items brought to a donation centre in Wandering River after evacuating Fort McMurray due to raging wildfires on May 6, 2016. (Topher Seguin/Reuters)

As recently as Sunday, things were looking up for those of the 88,000 evacuees whose homes were undamaged, but have been hunkered down in motels, evacuation centres, RVs and the homes of strangers. Hydro service had been restored to three-quarters of the city, emergency authorities said; natural gas was flowing to 60 per cent of it. Buoyed by the progress, the Alberta government began hammering out a re-entry plan with the Regional Municipality of Wood Buffalo that would start with the return of staff to essential businesses like grocery stores and pharmacies.

Alas, the planning ground to a halt on Monday after a pair of explosions inflicted varying degrees of damage on 10 unburned homes in the neighbourhoods of Dickinsfield and Thickwood. The causes of the blasts are not yet known, and there are no active fires burning within the city boundaries. But Premier Rachel Notley acknowledged Tuesday that “hot spots” remain a concern, while efforts to restore gas service in the city were well known.

To make matters worse, the fire west of town gained new life, raising concern for the largely undamaged areas of Thickwood and Parsons Creek. By Tuesday afternoon, the blaze covered 355,000 hectares, burning out an evacuated camp for oil sands workers and driving air quality in the city far beyond safe levels (on a numerical index where anything above 10 is considered unsafe, it stood Monday at 38). The smoky air forced the departure of 400 people who been allowed into the city to get the regional hospital running.

“Obviously, yesterday’s events have caused us to reconsider those [re-entry] plans,” said Notley. “Safety will be, and must be, our principal priority.”

From the outset, Notley has suggested it would be “weeks” before residents would be allowed back in Fort McMurray. On Tuesday, she said she hoped to further clarify things within the next few days. But that’s small comfort to those who fled, and are now wondering if they’ll be marking the one-month anniversary of their departure under other people’s roofs.