Where Sir John A. Macdonald stands in Canada: an interactive map

Despite efforts to remove and relocate them, monuments and tributes to Canada's founding father still dot the country. We scouted them out for you.

He’s hailed for bringing the country together, assembling a grand coalition of leaders to form a united Canada. That legacy of nation-building and statemanship is why Sir John A. Macdonald’s likeness appears on $10 bills, and why he has been honoured with 11 statues from coast to coast.

But Canada’s founding prime minister was a complicated man. He was an architect of the residential school system and his administration brought forth the Indian Act and a newfound interest in this side of his legacy has raised questions about how we should remember our founding father.

To that end, Maclean’s has compiled a map of all the remaining statues of Macdonald, as well as buildings and institutions he lends his name to.

Library and Archives Canada notes that there’s only a small number of monuments dedicated to Macdonald, owing to “the modest tradition that is associated with Canada.” The number of statues has dropped down to 10, after Victoria city council voted to remove its statue of Macdonald that stood outside the entrance to city hall.

“It’s hard for our identity as Canadians to be challenges. It’s hard to know our first prime minister did all these terrible things. It’s hard for us,” said Victoria mayor Lisa Helps, during a council meeting. “I understand why it’s such a challenging conversation for the community. And I understand in order for us to have that conversation… we need to take this action.”

The statue is currently in storage and Helps suggested that the city could consider a new home for the statue in the future. The Ontario government has offered to take the statue from Victoria. 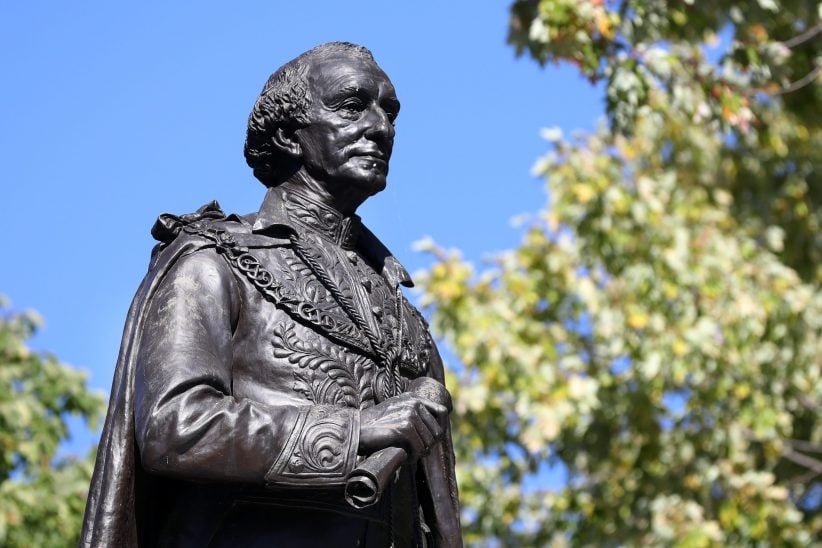 The statue of Macdonald in Kingston, Ont. THE CANADIAN PRESS IMAGES/Lars Hagberg

“History matters and we need to acknowledge the important role Sir John A. Macdonald played in Canada and Ontario’s history,” Tourism, Culture and Sport Minister Sylvia Jones said in the Ontario legislature.

The remaining statues include one in Gore Park, located in downtown Hamilton, Ont. It was erected in 1893, two years after Macdonald’s death, making it the first in his likeness. Every year, the Sir John A. Macdonald Society in Hamilton holds a birthday celebration for Macdonald there. The society’s chair, Robin McKee, has spoken out against the removal of the statues, calling them “works of art.”

There’s also a Macdonald statue on the Prime Ministers Path in Baden, Ont., a collection of statues of all of Canada’s PMs before Kim Campbell. A museum in the southwestern Ontario town gave the 22 likenesses a home after Wilfrid Laurier University in Waterloo, Ont., nixed a plan to place them on its campus, responding to an outcry from faculty and students, .

The controversy has also hit Macdonald’s hometown of Kingston, Ont., where his statue has occasionally been the target of vandalism and protests. Even a Kingston pub named “Sir John’s Public House” renamed itself to remove references to Macdonald after receiving requests from Indigenous community members.

Today, no less than 13 public schools bear his name, all but three are located in Ontario, and they too are the focus of controversy. Last summer, the Elementary Teachers’ Federation of Ontario, the union representing educators at Ontario’s public elementary schools, passed a resolution calling on school boards to rename schools and buildings named after Canada’s founding PM, saying he played a “key role in developing systems that perpetuated genocide against Indigenous people.” Then-Ontario premier Kathleen Wynne spoke against the idea, saying, “We need to teach our children the full history of this country—including colonialism, our Indigenous peoples and their history and about what our founders did to create Canada and make it the country it is today.”

Did we miss a Sir John A. Macdonald landmark? Email tom.yun@macleans.rogers.com