Who deserves the blame for the downing of Flight 752?

Politics Insider for Jan. 15: Scheer inserts a wedge into the Flight 752 blame game, a Canadian mining exec beats the Kazakhs and Morneau heads to Vancouver 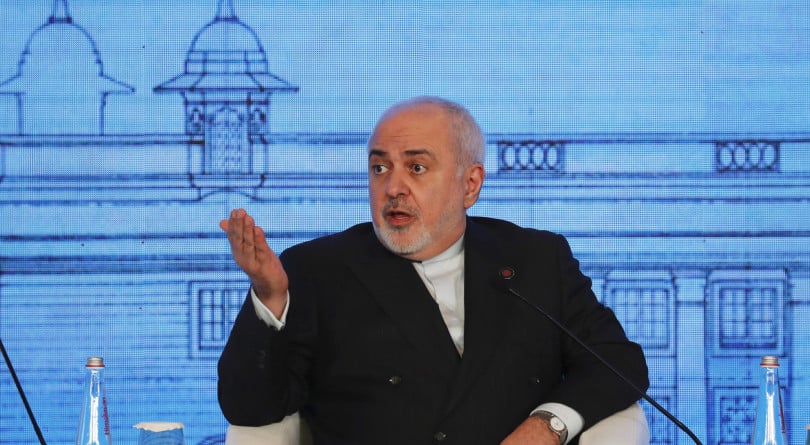 The Flight 752 disaster has mostly steered clear of Ottawa’s political morass. But yesterday, outgoing Tory leader Andrew Scheer subtly placed a wedge on the issue between his party and Justin Trudeau‘s Liberals. The Prime Minister has blamed rising tensions between the U.S. and Iran for the downing of the Ukrainian airliner that killed 57 Canadians. He hasn’t pointed the finger directly at Trump, but he’s carefully avoided absolving the U.S. president of playing at least an indirect role.

Scheer’s tweetstorm thanked the PM for briefings and didn’t oppose any particular action taken by the government. But he did lay the blame for the “horrible atrocity” with the “Iranian regime alone.” Scheer also called on the Liberals to label the Islamic Revolutionary Guard Corps a terrorist entity, demand compensation for victims’ families, and lay Magnitsky sanctions against Iran if the regime doesn’t cooperate with an international investigation into the crash.

A top Republican, House minority leader Kevin McCarthy, told reporters it’s clear who should take full responsibility for the downed airliner. “There is no blame here for America. America stood up once again for freedom,” he said. “Iran shot down an innocent, commercial airliner. There’s no doubt where the blame lies.” [CBC News]

For his part, Iranian Foreign Minister Mohammad Javad Zarif admitted onstage at the Raisina Dialogue 2020 in New Delhi, India that Iranians “were lied to” by Tehran about the cause of the crash.

Meanwhile, both CBC News and CTV News reported that former prime minister Stephen Harper, speaking at the same international summit as Zarif, called for “regime change” in Iran. His precise words were: “I do believe we need to see a change in Iran if we are going to see peace in the Middle East.” Was that a call for regime change, or simply incremental reform? Harper’s former communications director Andrew MacDougall disputed the reporting. As did, in a twist, Gerry Butts. (Both news outlets later changed their headlines.)

Speaking of the former PM, the party he founded has an election post-mortem to devour. John Baird reportedly finished his report into the failed campaign, and the party says it will not be released to the public. But the inevitable anonymously sourced leak of what’s inside the report made its way to CBC News. The Coles notes: Baird blames inexperienced staff and an over-centralized campaign, as well as platform, and communications strategy.

Michael McCain takes the era of the outspoken CEO to the next level: Jason Kirby writes in Maclean’s that whatever the reaction to the Maple Leaf Foods CEO‘s Twitter rant about Trump’s foreign policy, a “new bar has been set” for c-suite activism everywhere. Kirby also wonders about the consequences if the U.S. president sees McCain’s furious tweetstorm on Fox News.

It’s not exactly clear what retaliatory measures Trump would have at his disposal, but the company is in the process of building a new US$310-million plant-based protein food processing plant in Indiana and from time to time makes acquisitions in the U.S. that require regulatory approvals, so the risk that Trump allies could pursue petty reprisals down the road is not completely off the table.

Harry for Rideau Hall? In the great 2020 debate about exactly what Harry and Meghan should do while they semi-permanently live in Canada with son Archie, Dale Smith comes down firmly on the side of getting them to swipe some tasks lying fallow thanks to the inactivity of Governor General Julie Payette. “We should seize the moment,” writes Smith in Maclean’s, “letting some bona fide royals do the work that our current GG won’t.”

Can a presidential candidate win the Oval Office on a platform of compromise and logic in place of charisma? Michael Fraiman followed Pete Buttigieg to Iowa, a midwestern heartland state that might just swing for Mayor Pete when its voters gather for the Democratic caucuses on Feb. 3. That contest, Fraiman writes in Maclean’s, is Buttigieg’s best shot at leaping into contention.

A Canadian mining executive scored a jackpot after fighting Kazakhstan in court for nearly a quarter-century. It all started when Paul Carroll took over a uranium mine near a town that secretly produced anthrax for the Soviets during the Cold War. His deal with the Kazakhs went south, and a long and winding fight netted him $53 million. But was it worth it?