Across the country, Gladue rights for Indigenous offenders are being ignored, underfunded or flat-out denied 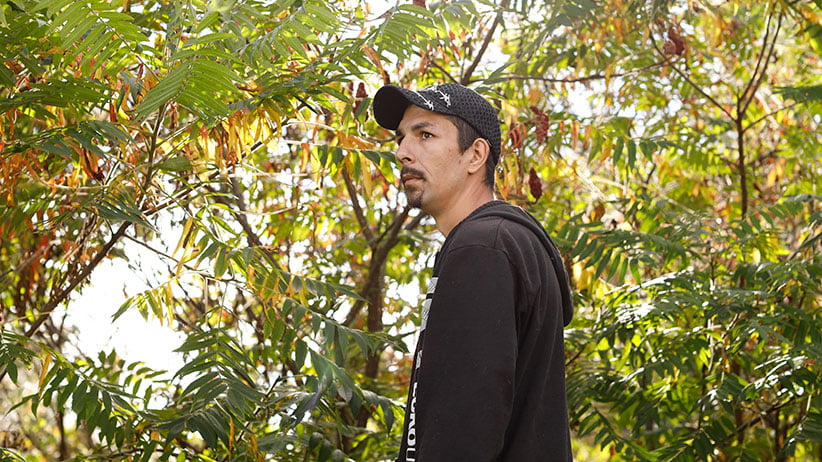 On May 8, 2015, when Jeremy Davies was charged with various crimes and looking at seven years in prison, no one told him he had the right to a Gladue report. He was aware of the option, but wasn’t sure if the report, which outlines the life circumstances of Indigenous offenders, would make his situation better or worse.

Davies says Crown lawyers fought to prevent him from applying for one, claiming that a Gladue report is no different from a pre-sentencing report, an even shorter document prepared by a probation ofﬁcer. “They said it’s not going to make a difference,” Davies says.

Davies, 35, is Ojibway and believes his roots lie on Manitoulin Island. He has spent much of his life in and out of the criminal justice system. But this latest run-in with the law was the ﬁrst time that he received a Gladue report—and it was almost by accident.

During his trial, Davies was transferred to a different lawyer, who requested a Gladue report on his behalf and was able to reduce his sentence to two years. “The lawyer that I have now said if I had him in the past, I would have got no time at all,” Davies says.

The principles of Gladue were established to address what is a clear failure of the criminal justice system. In 1996, amendments to the Criminal Code pushed judges to consider all available options other than incarceration when sentencing Indigenous offenders. It was a 1999 Supreme Court ruling in R. v. Gladue that went a step further and brought Gladue rights into existence. In its ruling, the court said judges must recognize how Indigenous offenders’ lives have been affected by decades of colonial oppression, in an attempt to end their over-incarceration in Canadian prisons.

But, nearly 20 years later, Gladue rights for Indigenous offenders still remain an unfulﬁlled and underappreciated aspect of the criminal justice system. There are no ofﬁcial statistics across Canada that show how often Gladue reports are used in court, and how effective Gladue factors have been. But according to a review of Saskatchewan cases by retired B.C. judge Cunliffe Barnett three years ago, there was an only eight per cent application rate for Gladue since 1999. Provincial aid programs, meanwhile, are unable to provide the funding and resources to either write Gladue reports or train writers to meet the growing demand. What the highest court has said is a right, in reality, is still scarcely available in every province in the country.

For Mark Marsolais-Nahwegahbow, a Gladue writer in Ottawa who handled Davies’ case, Gladue reports are different from other court documents. “It’s their sacred story and it has to be respected,” he says. Gladue reports trace generations of family history and intergenerational trauma spurred by colonial policies, like residential schools or child welfare removal, to piece together a past that a court would have otherwise never taken into account in its rulings. These stories, when placed in front of a judge, come with a set of recommendations that emphasize Indigenous healing rather than years behind bars. 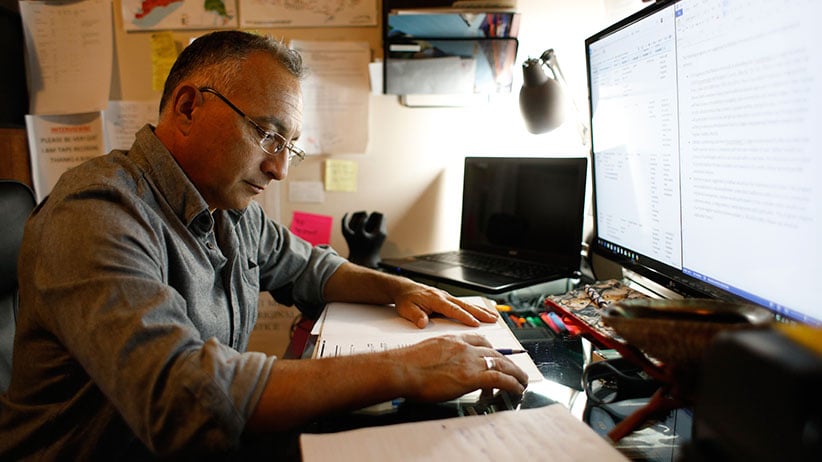 Critics say the chronic failure to implement Gladue factors is more than a broken promise by the federal government—it’s a sign of dysfunction and inaction. “I think our communities are still being pushed into that marginalized corner where they are set up for failure,” says Marsolais-Nahwegahbow, an Ojibway band member from Whiteﬁsh River First Nation who has spent the past 25 years on the front lines of the criminal justice system. In 2015, he founded IndiGenius & Associates, a justice consulting ﬁrm based in Ottawa that prepares Gladue reports and trains Gladue writers.

The hurdles Davies went through to receive a Gladue report are commonplace in Canada’s justice system, Marsolais-Nahwegahbow says. “I’ve had cases where a judge told someone, ‘If you want a Gladue you better come up with the money, because you’re not getting one,’” he says. A Gladue report can cost between $1,000 and $1,700, and takes roughly three to four weeks to complete.

According to his Gladue report, which he shared with Maclean’s, Davies was adopted by non-Indigenous parents when he was 10 months old. His biological mother struggled with alcoholism and drank during her pregnancy. From a young age, Davies was regularly exposed to violence and abuse. After the separation of his two foster parents when he was a young boy, Davies lived with his foster father until he was 10 years old. During this time, Davies was physically abused. Eventually his foster brother, who is also Indigenous, called Children’s Aid and they went to live with their foster mother.

READ: Inside the meltdown of Canada’s MMIW inquiry

On the day he moved back in with his mother, his father threw a garbage bag ﬁlled with his clothes on the ﬂoor of his mother’s house, having left his favourite toys behind. As his father left the house, he said, “I’m not coming back for him—ever.”

Davies’ Gladue report says this is the point where he began to struggle at school in Peterborough, where he and his brother were the only two Indigenous students. He started drinking when he was just 12 years old, and for much of his life he has struggled with addictions to both drugs and alcohol. “A lot of it’s not knowing where I come from—my roots—and that’s what bothers me the most,” Davies says.

It wasn’t until he was a teenager that he found his Anishinaabe culture at the Katarokwi Friendship Centre in Kingston. In his most recent arrest, Davies was convicted of driving while disqualiﬁed and doing so while impaired. Taking into account the Gladue report, he was sentenced to two years, three months and 29 days in prison. Davies was released from the Collins Bay Institution in May.

In his Gladue report, Marsolais-Nahwegahbow recommended that Davies be placed in various correctional facilities that have Indigenous rehabilitation programs. Davies wanted to be sent to a place where he could receive support from elders and participate in healing lodges offered by Correctional Services Canada. Those recommendations were ignored.

“Gladue isn’t about getting out of jail,” Marsolais-Nahwegahbow says. “Gladue is about explaining and understanding, and holding the system accountable.” Marsolais-Nahwegahbow’s company has penned over 100 Gladue reports. He argues that funding and resources for Gladue services are the federal government’s responsibility. This obligation, however, has fallen on the shoulders of provincial governments and its organizations.

In Ontario, Legal Aid Ontario (OLA) funds Gladue reports and, for over a decade, it has primarily contracted Aboriginal Legal Services (ALS) in Toronto, a non-proﬁt organization, to write the reports. (ALS receives additional funding from the Ministry of the Attorney General.) ALS has come under scrutiny from lawyers and judges for severe delays in delivering reports and its inability to provide services to most areas of the province.

This has led to courts stuck in limbo and Indigenous defendants forced to serve “dead time” if they are not granted bail. And contrary to an Indigenous person’s right to Gladue services—regardless of what they’re charged with—reports from ALS are only done when a person is facing more than 90 days in prison.

Jonathan Rudin, the program director of ALS, says his organization produced about 300 Gladue reports in 2016 and is on track for 400 by the end of this year. ALS has 13 writers in 11 locations. Rudin says the 90-day minimum was initially set up to control the volume of reports. Today he believes there is no sense in making an offender who is facing less than 90 days wait for a report which can take seven or eight weeks to prepare. “I’ve had no concerns from the courts about our work, but I do keep them apprised of issues around delays and what the causes of them are,” Rudin says. He admits that the growing demand for Gladue reports throughout the province is always an issue.

Elsewhere in Canada, the principles of Gladue remain largely neglected. It was for this reason that, in 2012, the Supreme Court reafﬁrmed Gladue rights in the case of R. v. Ipeelee, and the court acknowledged that the criminal justice system has failed Indigenous people.

In the Yukon, there is no Gladue report program, despite Indigenous people making up 64 per cent of the inmate population. There are no Gladue report programs in Nunavut, the Northwest Territories, Manitoba, Saskatchewan, New Brunswick, and Newfoundland and Labrador. “When something is at the Supreme Court level, it becomes a federal matter,” says Anisa White, the chairperson and co-founder of the Gladue Writers Society of British Columbia. “And the federal government has consistently failed to fulﬁll what we would call the promise of Gladue.”

For White, the state of Gladue principles in Ontario echoes across the country. White, who is Plains Cree-Métis with roots in northern Alberta, has been a Gladue writer for the past four years, and is the only one on Vancouver Island.

In B.C., the Legal Services Society of B.C. (LSS) controls the Gladue program, much like the OLA in Ontario. Prior to the program’s creation in 2011, there was no formal Gladue report program in the province. From April 1, 2016 to March 31, 2017, LSS had the funding to produce 79 Gladue reports with only 19 contracted writers, and White says that’s a small fraction of what is needed to meet the demand. “They have handed over this responsibility to probation ofﬁcers in each city, in each town, in each jurisdiction,” she says.

In the prairies, where Gladue is most desperately needed, probation ofﬁcers also write most reports. In Manitoba, the quality of those reports has been criticized by defence lawyers and judges. Legal Aid Saskatchewan (LAS) doesn’t receive any funding from its provincial government and is unable to contract a single writer. Between 2015 and 2016, LAS operated its ﬁrst-ever Gladue report program on surplus funding, but it couldn’t be continued. Craig Goebel, the CEO of LAS, estimated that there are no more than three or four independent Gladue writers throughout the province.

A 2013 evaluation of LSS’s Gladue report program warned that without new funding from the B.C. government, the program would only be able to fund Gladue reports in “very limited circumstances.” “The funding is so limited by LSS that we as lawyers know it’s futile to apply for a Gladue report—it will be declined,” says Bill Sundhu, a B.C. lawyer. Sundhu was a judge in B.C. from 1996 to 2007 and during his time on the bench, he says, he never came across a single Gladue report for an Indigenous person facing incarceration.

In April, Vancouver Community College announced that it would be launching Canada’s ﬁrst Gladue report writing program next year. Marsolais-Nahwegahbow, who designed the curriculum, says it’s a big step towards establishing what could be a national alliance to oversee the implementation of Gladue rights.

For Davies, his Gladue report was the ﬁrst time he considered his life story. He spoke about things he thought he had forgotten and was emotional when he read them. Davies and his partner, Marianne Wilson, want to pass on their Anishinaabe culture to their daughter, Feather, who is named after a girl who helped Davies through school. He’s an accomplished Anishinaabe drummer and singer, and hopes to start a rooﬁng business next spring. More importantly, Davies has been sober for three years. He says Miigwetch to his Gladue family for making the report possible.

“They just told me,” Davies says, “the more in-depth I get, the more I let them know what I’ve been through, the more they’ll understand who I am.”