It will be a while, evidently, before politicians loosen up about marijuana the way they have about booze 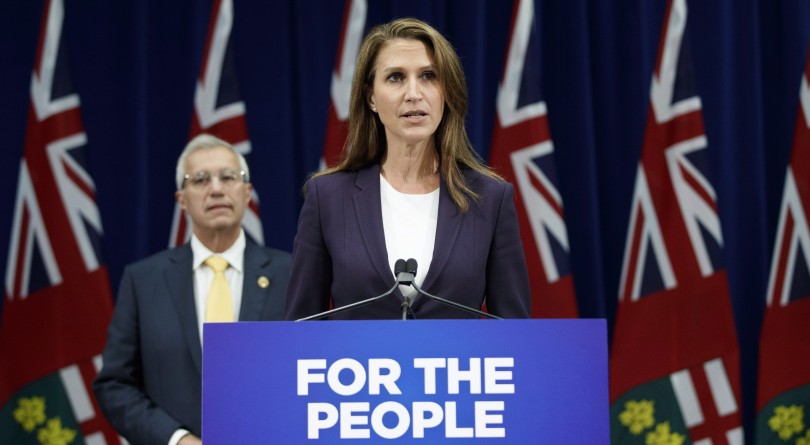 The Ontario cabinet ministers appeared grim-faced and resolved to fight as they made their announcement against—at least it sounded like it was against—legal access to cannabis.

Finance Minister Vic Fedeli pledged to bring “peace of mind to parents and families that when it comes to public health, safety, youth, will never compromise.”

But here’s the strange thing: the essence of the Ford government minister’s announcement was a dramatic liberalization of the approach to marijuana sales put forward by the former Ontario Liberal government. The Wynne Liberals had planned to start by opening 40 government-run stores; the new Ontario government, though it won’t have licences ready until April, will place no cap on how many stores private operators are allowed to open. The Liberals intended to ban pot-smoking in outdoor public spaces, treating it as the government liquor; the Tories will instead treat it like tobacco, letting people smoke on sidewalks and in parks.

So the rhetoric was all about crackdown and toughness, even as the policymaking charged in the opposite direction, towards entrepreneurialism and better access for adults who want to buy and use the drug recreationally. Only under reporter questioning did Fedeli suggest less hawkish motives for the new provincial policy. “This is an opportunity for small business to get involved so we want to have as many participants as possible to get involved,” he said.

Prime Minister Justin Trudeau promised legal marijuana in the last election to woo younger voters and progressives; almost every political posture since by his government and many provincial leaders has been to temper older and more conservative Canadians’ fears of a nation gone reefer-mad. A policy initially aimed at crushing the illegal drug trade and letting reasonable adults enjoy intoxicants rather quickly morphed into one obsessed with protecting youth. The rules will shield minors and all members of the public from almost any type of advertising or seeing marijuana through retail windows, and a parent can’t bring their children into the stores, like they can when their errands bring them liquor outlets. When stores in other parts of the country begin selling legal grams Oct. 17—Ontarians will have to wait a few days for Legalization Day orders to arrive in the mail—consumers will see the physical manifestation of the highly guarded, wary approach. The product will come pre-packaged and sold in opaque bags or boxes with large biohazard-like marijuana logos and health warnings, and small depictions of the brand and cannabis strain.

RELATED: Here’s what we know about who uses cannabis in Canada, and how

Compare this to how politicians treat liquor, that intoxicant whose prohibition ended nine decades ago. From sidewalks where baby strollers pass, the devil’s wine is in plain sight through store windows. Recent generations of kids have grown up familiar with the Molson Canadian “I am Canadian” guy, Budweiser frogs and Dos Equis’ “Most Interesting Man in the World.” Ontario Premier Doug Ford hails his buck-a-beer policy. Elsewhere, ministers hold media events and photo opportunities at wineries and craft breweries to sip and to beam about their support for small businesses. One imagines that eventually we will see politicians mugging for the cameras to sample a cannabis processor’s wares to promote their governments’ boosting of local industry. The political posture may get there at some point, but it’s a long way from here to there.