Donald Trump's ancestral brothel gets a new lease on life

There wasn't much left of the flesh-pot that Friedrich Trump built on the road to the Klondike. Parks Canada and a Yukon First Nation are changing that. 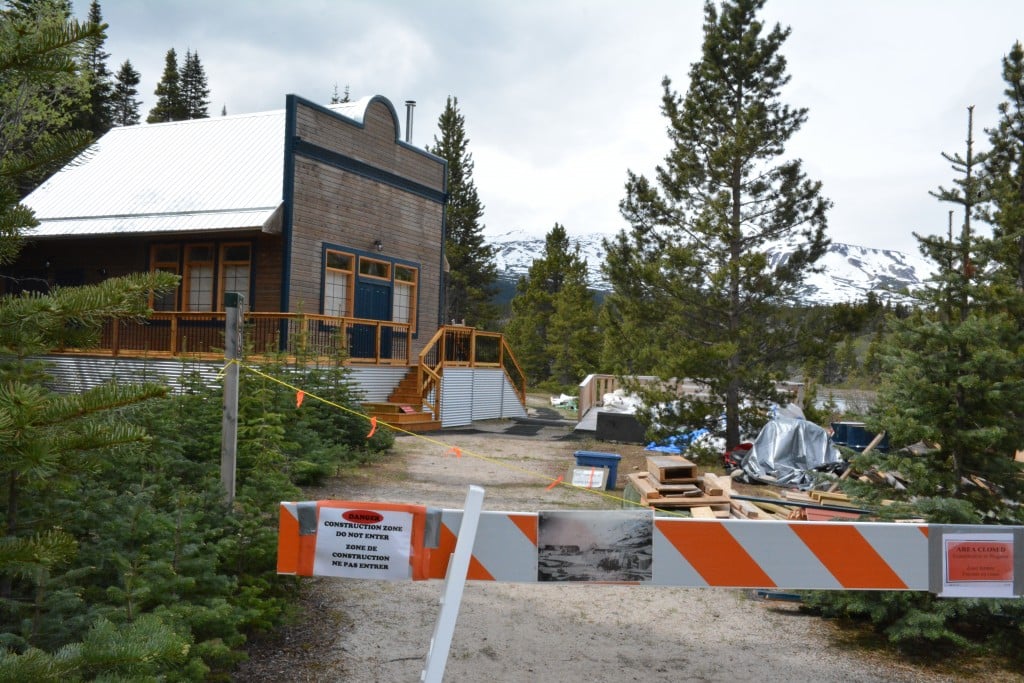 The Arctic Restaurant and Hotel, owned by Friedrich Trump in Bennett, B.C. in 1899, is being reconstructed by Parks Canada in collaboration with the Carcross Tagish First Nation (Meagan Campbell)

The year was 1897, and the region of Bennett, B.C. was roamed by the Tlingit people. They were organized into Crow and Wolf clans, hunted game as small as squirrels and were so attuned to the land that they passed on a story of a girl who nurtured a woodworm—breastfed the worm, even—and mourned over its death for one year until her brothers held a ceremony to celebrate its life. It was on this Tlingit land, amid gurgling rapids and porcupine droppings, that the Trump empire began.

“I think he’s lost touch with his roots,” says Jennifer Ingram, a tourist from Delaware visiting Bennett in June. After prospectors found gold, “B City” became the hub of the Klondike Gold Rush, prompting 100,000 Americans and Canadians to attempt a trek so tough that about 60 per cent turned back or died. Friedrich Trump, Donald’s great-grandfather, joined the bandwagon—with no wagon, but rather hired Indigenous locals to carry much of his load—and established the Arctic Restaurant and Hotel, which also served as a brothel, and which Parks Canada and the Carcross Tagish First Nation are now restoring to be part of an interpretive tour. The current U.S. president may own resorts on four continents, but his ancestral fortune began with a two-storey outfit selling swan meat and sex in Canada.

“Everybody’s gotta start somewhere,” says Donna Laperle, a tourist from California. The Tlingit had little use for gold—it’s too malleable to make tools—but the metal promised money for one German man with drive. Trump had moved from Kallstadt, Germany in 1885 and started cutting hair in Manhattan, but he was no wealthy barber, and when he heard buzz about Bennett, he came, he saw, and he capitalized. 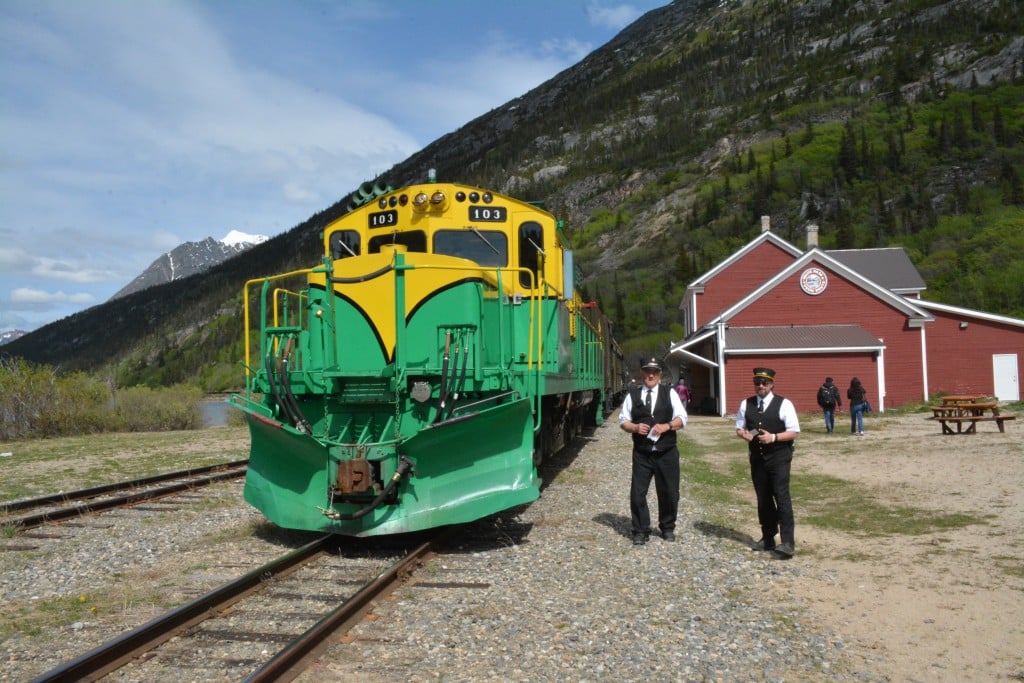 Trump’s trunks contained, among other necessities, more than his weight in bacon, and he would’ve needed to hire Tlingit pack carriers, who translated “newcomers” as “cheechakos.” The Arctic Hotel offered an omnivorous menu of moose, goose, caribou and cranberries, but most of the profit for Trump and his business partner came from alcohol and prostitution.

“Ladies of the night” often hiked the trail in skirts, and they stayed at the Arctic Hotel to entertain gold diggers, using a scale to weigh gold powder for payment. “I would not advise respectable women to go there to sleep,” wrote a reporter for the Yukon Sun in April 1900, “as they are liable to hear that which would be repugnant to their feelings and uttered, too, by the depraved of their own sex.”

In Tlingit culture, girls were considered critical to a community’s spiritual good fortune. At puberty, girls were secluded to a tent for two months to two years so their menstruation wouldn’t bring bad hunting luck to their people, and so they could learn skills like sewing, according to My Old People Say, an iconic work by Catharine McClellan, who spent three decades working with and gathering stories from Yukon elders (girls sometimes snuck out of the “puberty camps” to dance or play with other children, but they would be forgiven). Powerful white women also came to Bennett to find adventure, farm cattle and run a competing hotel that was fancier than Trump’s.

Six weeks after opening his establishment, Trump was already scoping out his next location: in Whitehorse. Spotting another boomtown, he and helpers would lift his hotel onto a barge and floated it by river to the future capital city. Before gold yields dropped, Trump returned to Germany to find a wife, Elizabeth Christ, and moved back to New York to have three children and buy real estate on the west coast. Trump’s exploits in Bennett were just a footnote in the Gold Rush, and to the Tlingit people, the entire rush was merely, as Parks Canada historian David Neufeld puts it, “a wild weekend party that came and, thankfully, left.”

Cruise ships now bring cheechakos to Bennett from Japan, Sweden and beyond, most of them not expecting to find a Trump franchise. “Believe me, we didn’t come to see that,” says Gary Graff, a visitor from Kentucky. “We’re grateful that Canadians even let us into the country, given the man in the executive mansion.” The region also attracts cross-country skiers to the Buckwheat Ski Classic, an annual race that began with the explicit purpose of luring beautiful women in the winter.

Bennett’s national historic site protects plants as exotic as the Northern Bastard Toadflax, and the town has only one resident, a Tlingit woman who maintains her family’s trap line. She lives up the shore from the Arctic Hotel reconstruction project, where artifacts still lie on the lawns—a shriveled mattress spring; a women’s salmon-coloured shoe.