Canadians should expect sky-high prices this summer – especially if you're in Toronto, Montreal or Vancouver 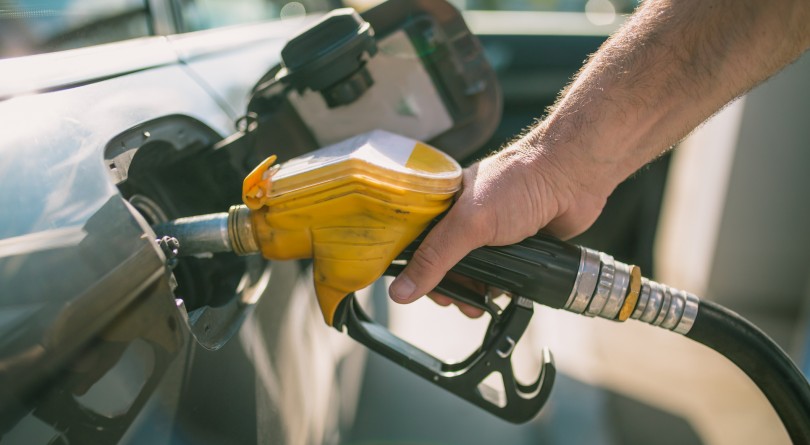 Someone refuelling their car at a gas station. (iStock/Getty Images)

CALGARY — Canadians celebrating the onset of summer driving season have been dismayed by another spring phenomenon — rising gasoline prices across the country.

According to GasBuddy.com, the average price of regular gasoline in Canada on Monday was about $1.33 per litre, up 22 cents from the average of $1.11 per litre at the same time last year.

Vancouver region prices have spiked to all-time record highs over $1.61 but will likely fall by four to six cents per litre over the next few weeks as two refineries in Washington state start up after maintenance shutdowns, said GasBuddy senior petroleum analyst Dan McTeague.

But he said prices will then rise again in the Lower Mainland — and across the country — as driving season gets into full swing.

“For the next couple of weeks, I think it’s going to be prices climbing down but, after May 24, look out, that’s when we’re back into the thick of it and prices could start to slowly but surely climb up with some spikes occurring,” said McTeague.

He said it’s possible that the average price in Canada this summer will be about $1.36 per litre.

GasBuddy pegged average Vancouver prices on Monday at over $1.58 per litre, up 28 cents from last April 30. McTeague expects near-record prices in Montreal and Toronto this summer.

Strong domestic economies are supporting even higher prices at the same time that demand is being boosted by exports from the U.S. Gulf Coast to customers in Mexico and South America, he added.

“Throughout the summer, generally speaking, prices are more stable as demand stabilizes and refiners are through their seasonal turnarounds so they’re better able to meet that demand,” said Ervin.

“I think that’s what we will see. But I’m not saying we’re at the end of the increases yet.” 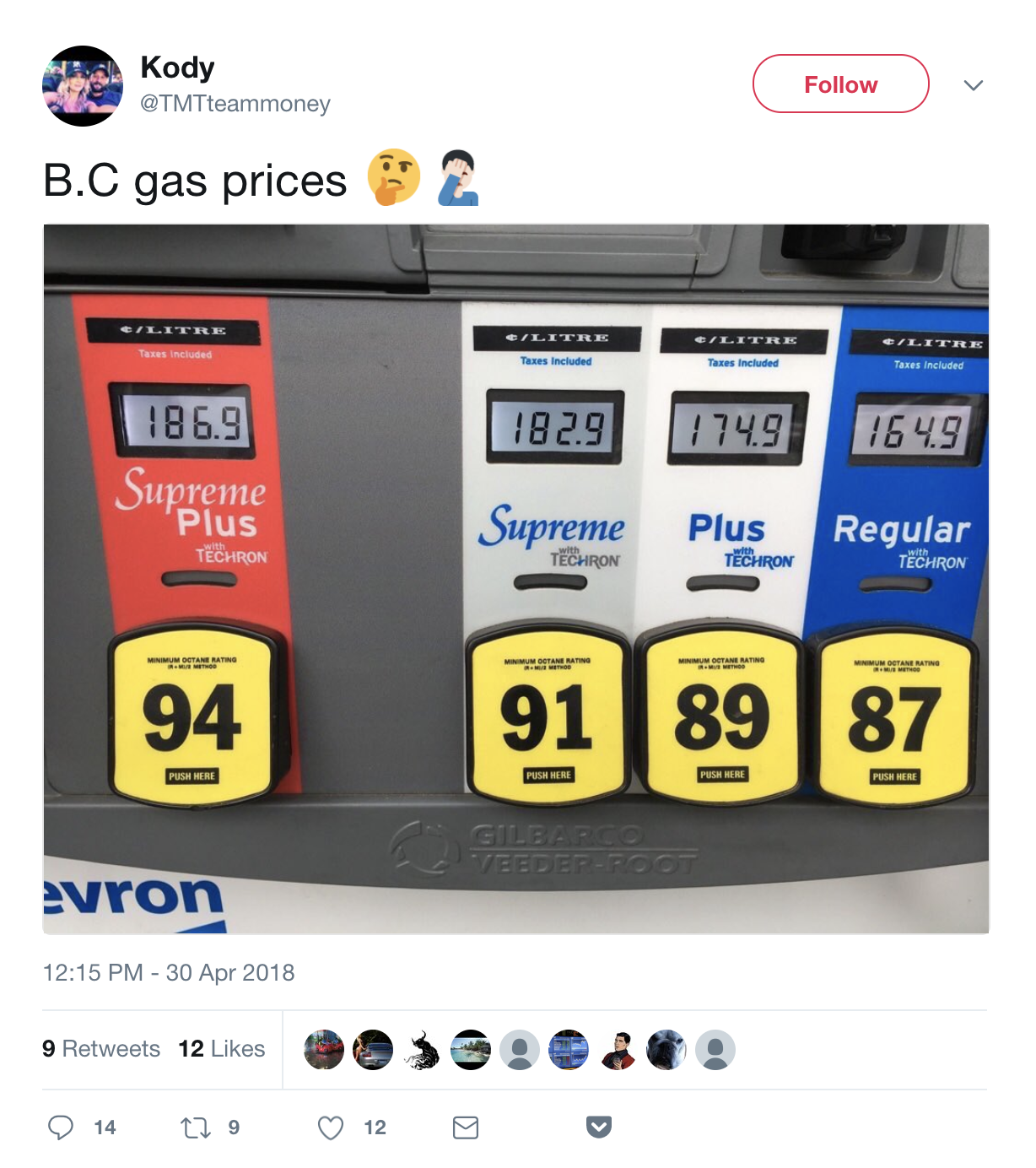 owning a truck where gas prices are $1.33 will be my downfall

Ervin said Vancouver-area wholesale prices are usually higher than most other regions in Canada because of logistical issues in supplying the market. He says an average wholesale price in Vancouver (not including tax and retail markup) is about 98 cents a litre, about 10 cents higher than in Winnipeg.

‘Most expensive driving season since 2014’

The U.S. daily national average for regular gasoline is US$2.81 per gallon, up from about US$2.39 per gallon a year ago, according to Oil Price Information Service.

“This will be the most expensive driving season since 2014,” said Tom Kloza, global head of energy analysis for Oil Price Information Service.

In the U.S., oil supplies were running 1.1 million barrels lower at the start of this summer’s driving season, which runs from April through September, than a year ago, according to the U.S. Energy Information Administration.

That has amplified the typical increase in gas prices seen this time of year. Already, U.S. consumer demand for gasoline hit a record high for the month of April, according to the EIA.