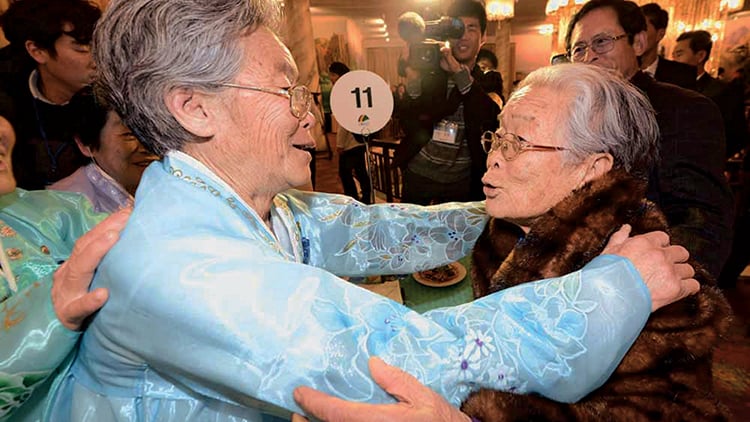 Ottawa is closing in on a deal with the provinces on the contentious Canada Job Grant program, first announced in the 2013 budget. Premiers had balked at being forced to fund the job-training program out of an existing envelope of federal transfers, and Employment Minister Jason Kenney supposedly responded by threatening to just keep the money and deliver the program through federal service centres. But cooler heads appear to have prevailed, with Ontario Minister of Training, Colleges and Universities Brad Duguid telling the Globe and Mail, “We have come a long way from the original proposal.”

Time for butter, not guns, in the U.S. Defense Secretary Chuck Hagel announced plans to shrink the U.S. Army to dimensions unknown since before the Second World War, cutting the active complement to 450,000 soldiers. Hoping to avoid automatic budget sequestration brought on by congressional deadlock, Hagel is proposing carefully contemplated cuts, including reforms to soldier benefits and the retirement of the A-10 “Warthog” aircraft fleet. Hagel acknowledged that the changes are not without risk, reducing the likelihood of—and the temptation for—engagement in prolonged foreign wars.

Alberta, famously allergic to debt, actually has a lot of it in a hidden form—namely, $7.4 billion in unfunded pension liabilities. The figure, highest among the provinces, exploded when successors of Ralph Klein engaged in electoral pump-priming. But Finance Minister Doug Horner is pushing through some welcome changes to provincial employee benefits that will relax the burden, raising the age of eligibility for early retirement from 55 to 60, and slackening future cost-of-living adjustments to pension payouts.

The Egyptian junta led by Field Marshal Abdel Fattah el-Sisi is using the period before planned summer elections to tackle one of the country’s most chronic problems. In a pilot project in Port Said, citizens dependent on a notoriously corrupt system of bread subsidies are being given smart cards to swipe when they receive cheap loaves from distributors. It’s the first ever serious attempt to confirm that subsidized flour is reaching the people in the form of bread. Early outcomes, in the form of shortened queues and fewer shortages, are looking good.

A report recently prepared by economists at Employment and Social Development Canada says middle-income workers suffered stagnant wages over the years 1993 to 2007, and their families are “increasingly vulnerable to financial shocks.” “Many in the middle,” the report says, “spend more than they earn, mortgaging their future to sustain their current consumption.” The earnings of middle-income families increased by 1.7 per cent a year over the study period. Spokesmen for the federal Liberals, who have been pounding middle-class themes under Justin Trudeau, celebrated the appearance of the report.

Ontario’s Liberal government announced plans this week to require chain restaurants to print calorie counts on menus, although the research on whether that will encourage healthier food choices continues to be mixed at best. Large studies of menu-labelling laws in New York City and Philadelphia showed that McDonald’s customers ignore calorie counts; they even overlook explicit nutritional recommendations printed alongside.

Mt. Gox, the bitcoin exchange that began life as a website for trading fantasy game cards, disappeared from the Internet amid rumours of insolvency as account holders were deprived of access to millions of dollars’ worth of the controversial cybercurrency. Other exchanges, facing declining fiat currency prices for their own bitcoins, defended the alterna-money with a joint statement of regret at Mt. Gox’s “tragic violation of trust.” The exchange had apparently bungled its security arrangements. Bitcoin fans were quick to argue that the company’s collapse should not be held against bitcoin itself—or, anyway, should not impeach the Platonic ideal of private, anonymous cybermoney.

A head-lice expert in California’s Bay Area told local news website SFist that the nit menace is rampant this year, with high school and college kids turning up in unusually high numbers. Her epidemiological theory? It’s all down to “selfies.” Teens smooshing their heads together to take giggly self-shot smartphone pics have apparently created an all-new engine of louse infestation. “Every teen I’ve treated, I ask about selfies,” said Marcy McQuillan. “They admit that they are taking them every day. Selfies are fun, but the consequences are real.” The more you know?.?.?.