NASA tests, the renovation of the Bluenose II, and the perils of binge-watching 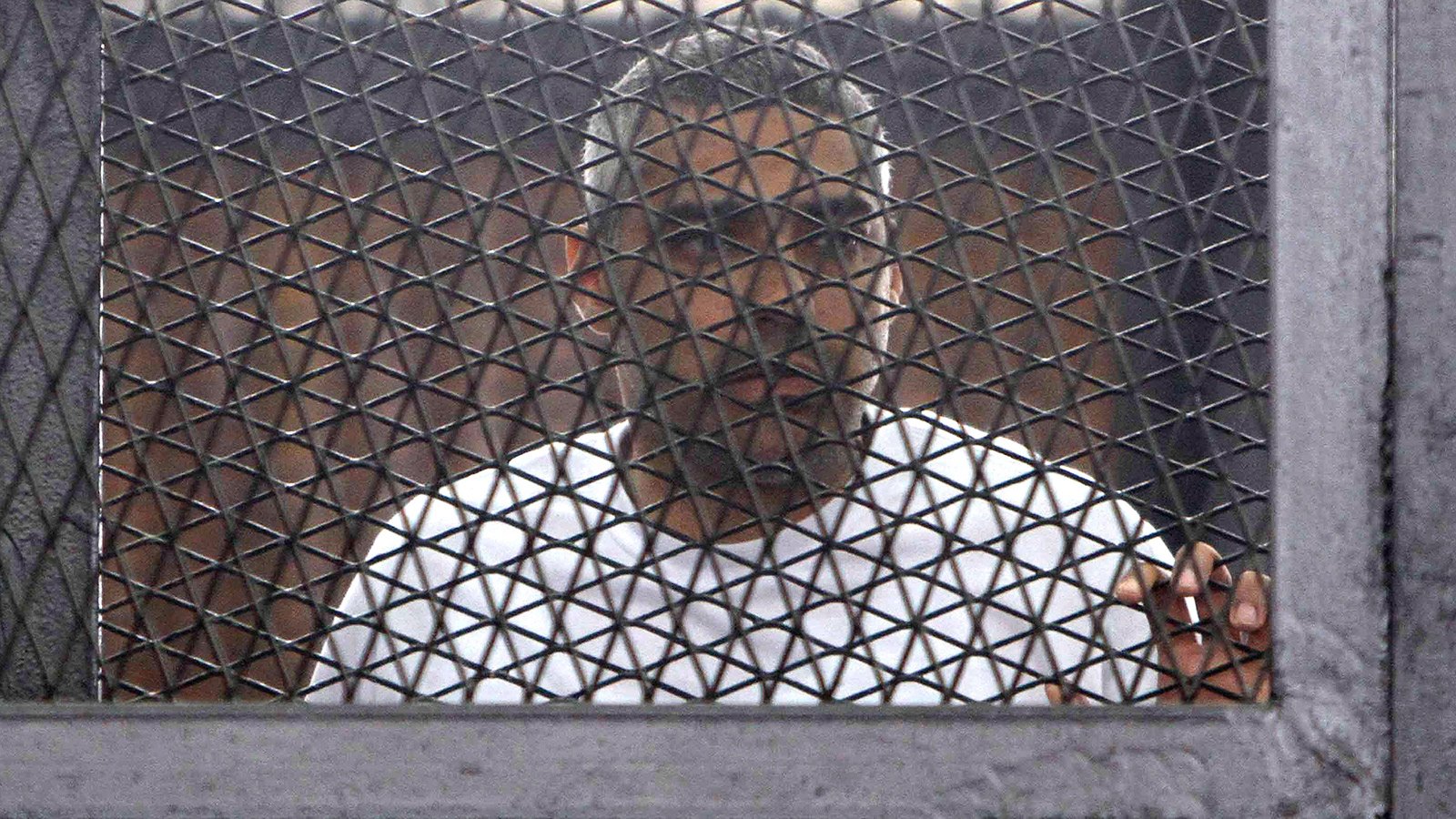 Prime Minister Stephen Harper’s “deep concerns” about the seven-year sentence handed to Mohamed Fahmy, the Canadian-Egyptian Al Jazeera reporter arrested in Egypt on terrorism-related charges, were slammed by critics for being far too weak. But who says that “bullhorn diplomacy,” to quote Foreign Affairs Minister John Baird, is the best way to negotiate in such a complex case? Fahmy is a citizen of both countries and works for a media outlet based in Qatar, which, unfortunately for Fahmy, has connections to Egypt’s ousted Muslim Brotherhood regime. Ottawa helped to free two Canadians, Dr. Tarek Loubani and John Greyson, from an Egyptian jail last year, and should be given more time to do the necessary behind-the-scenes work again—the kind that tends to get actual results.

A sea of green

It’s been a long and painful voyage, but the troubled renovation of the Bluenose II, a replica of the 1920s-era schooner that appears on the back of the dime, appears finally to be nearing an end. First built in 1963, the Bluenose II successfully completed a four-hour sea trial off the coast of Lunenburg, N.S., although it still needs a new hydraulic system to move a too-heavy rudder. After so many delays and a $12.5-million budget that ballooned to $19 million, it’s a relief to see a Canadian icon finally back where she belongs.

The ones that came back

Five years after a collapse of salmon stocks prompted a federal inquiry, B.C.’s Fraser River is predicted to be swollen with a record number of sockeye this summer. Fisheries and Oceans estimate as many as 73 million salmon could return in this year’s run, compared to the paltry 1.4 million that returned to spawn in 2009. In other aquatic news, scientists are giddy about new studies indicating a rebound in populations of a much bigger fish: the great white shark. Surfers? Not so much.

NASA recently completed a mostly successful test of a saucer-like space vehicle ringed with a massive inflatable bag. Along with giant parachutes, such systems are designed to slow the supersonic speeds of large pieces of equipment dropped to the surface of Mars, which has a much thinner atmosphere than Earth. The technology may seem rudimentary, but it addresses one of the many thorny problems that must be solved in advance of an eventual manned mission to the red planet. And that is something to get excited about. 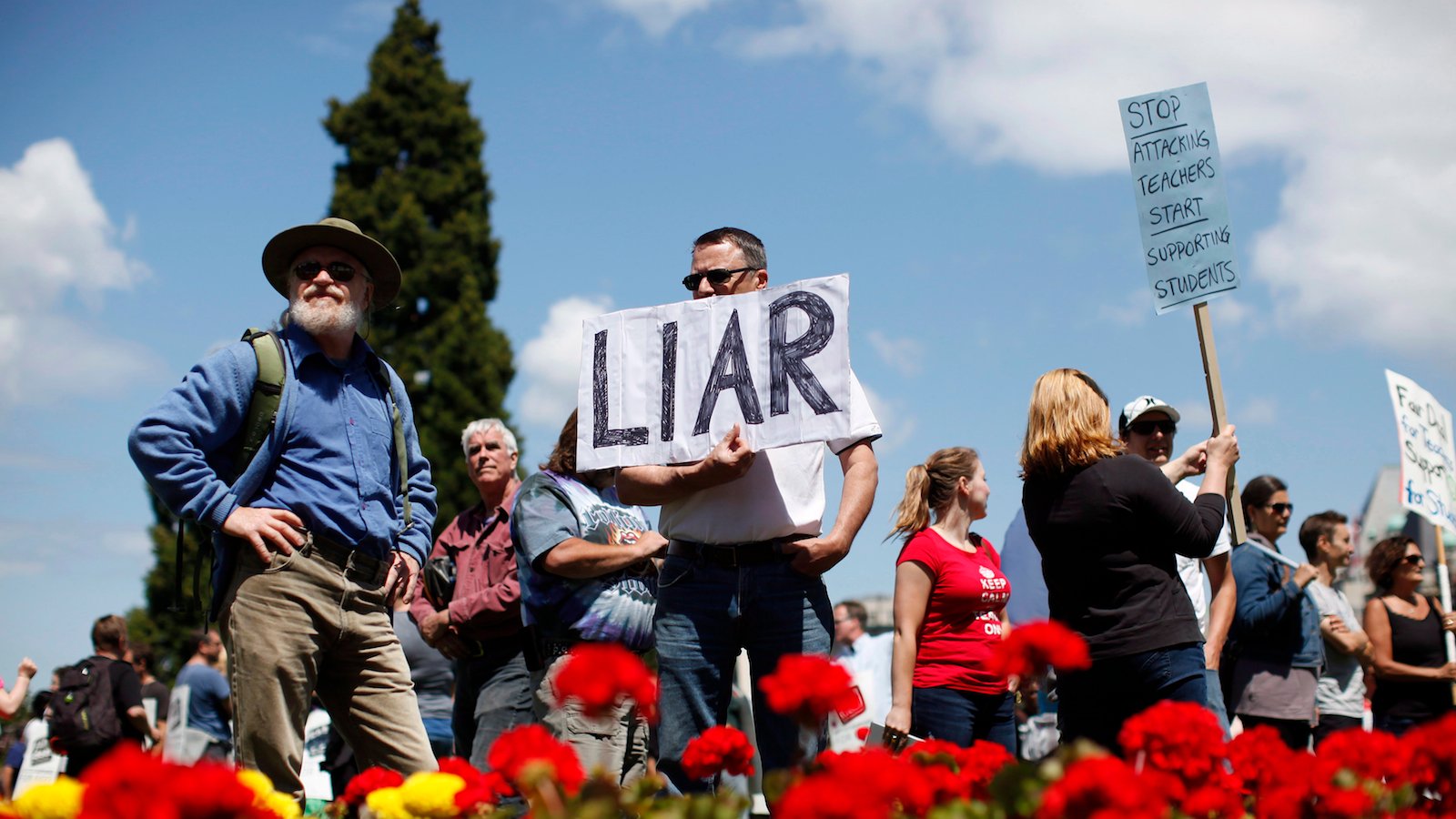 Hundreds of B.C. teachers, parents and other union supporters rallied on the lawn of the B.C. Legislature Monday, June 16, 2014 in Victoria to protest against Premier Christy Clark and the governments latest contract offer. A full-scale teachers strike across British Columbia appeared imminent Monday as the union and government continued to clash despite three days of negotiations. THE CANADIAN PRESS/Chad Hipolito

The B.C. teachers’ strike shows no sign of ending anytime soon. Modified final exams went ahead with no essay-writing required, and graduates off to university will still get their grades—although perhaps not the best education. Many Grade 11 students are now nervous that, should the strike linger into the fall, they will lose the chance to improve their marks before making university applications of their own. The longstanding dispute over wages and class sizes is complex, having already generated two B.C. Supreme Court rulings. But one thing is clear: It’s students who ultimately pay the highest price.

The world’s worst-ever Ebola outbreak is spiralling out of control in West Africa. More than 600 cases and nearly 400 deaths have been reported in Guinea, Liberia and Sierra Leone. The doctors’ group Médecins Sans Frontières says it no longer has the resources to respond to new cases and is urging local officials to do more to contain the spread. Among the concerns: People continue to attend funerals of loved ones felled by the virus, which has up to a 90 per cent fatality rate, and then become infected themselves.

Commercial airplane accidents are rare, but those that still happen have never been more troubling. An official report into last year’s crash of Asiana Airlines Flight 214, which killed three and injured 182 after clipping a seawall while landing in San Francisco, blamed a lack of training, fatigue and confusion about the Boeing 777’s computerized systems for the pilots’ mistakes in the cockpit. Meanwhile, a new report by Australian investigators argues that the 239 passengers and crew aboard Malaysia Airlines Flight 370 likely suffocated, leaving the 777 to fly itself for several hours on autopilot before crashing in the Indian Ocean. One Malaysia Airlines official said it could take “decades” to find any wreckage.

Danger on the dial

Binge-watching television may be as bad for you as it sounds. With 91 per cent of TiVo users admitting in a recent survey to watching whole seasons of TV shows at once, the results of yet another study on the health effects of sedentary lifestyles seem even more ominous. The research, published in the Journal of the American Heart Association, found that people who watched up to three hours of TV per day doubled their risk of dying from things like heart disease and cancer or other ailments.