A Canadian gold-medal winning sculler rescued at sea and an outbreak of measles strikes the U.K. 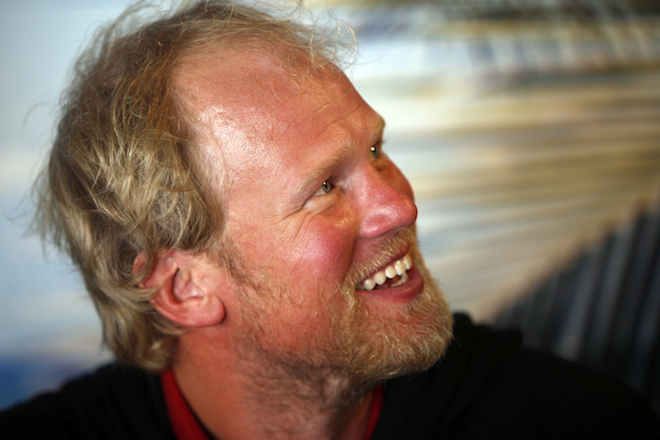 Developing a peace plan
U.S. Secretary of State John Kerry ended three days of talks with  Israeli and Palestinian leaders this week with a new plan to restart the Middle East peace process. A key part of the strategy is an effort to boost economic development in the West Bank through U.S. aid and corporate involvement. With little hope of an immediate breakthrough in the years-long political impasse, boosting economic security and creating jobs might go a long way to erasing mistrust in the region and putting it on a more solid path to peace.

Board games
After months of downplaying a bribery scandal that has claimed two senior employees and resulted in a former CEO being charged with fraud, engineering giant SNC-Lavalin recently announced a long-overdue shakeup of its embattled board. Chairman Gwyn Morgan and three other directors will be departing. In another bit of boardroom news, Ottawa wants to help fix corporate Canada’s long, dismal track record when it comes to appointing women as directors. The federal government has struck a 23-member council to investigate.

Getting stuffed
A quartet of globe-trotting big-game hunters found themselves in front of a Winnipeg judge last week. Hector Martinez, a Mexican property developer, his two adult sons and a friend were fined a total of $80,000 after three polar bear skins and some narwhal tusks were found aboard their private jet during a refuelling stop. The animals were harvested legally, but the group lacked the proper permits to export their remains. The hunters were reportedly trying to save money on the taxidermy work by having it done at home. Now all they have are rather expensive memories.

Rescue me
Some good luck and a few high-tech emergency locator beacons saved gold medal-winning Canadian sculler Adam Kreek and his companions when the boat they were attempting to row across the Atlantic capsized in high seas, 600 km off the coast of Puerto Rico. U.S. Coast Guard aircraft located their life raft, and directed a nearby cargo ship to pick them up. It was a disappointing ending to their world-record bid, but Kreek wasn’t complaining. “Life is awesome,” he said.

A needed needle
An outbreak of measles in England and Wales has health authorities warning that it’s only a matter of time before a child dies from the highly infectious disease. If so, it will be a particularly senseless tragedy because the resurgence of an illness that was all but eradicated is directly tied to dubious—and now discredited—claims of a link between the MMR vaccine and autism. Parents may have once believed they were protecting their kids by refusing the shot, but there’s no longer an excuse. Stupidity can be fatal.

Turbulent times
Airline passengers in the United States lodged 20 per cent more  complaints to regulators last year. And there’s reason to believe the experience of sitting in a cramped metal tube is about to get a whole lot worse. A new study by U.K. researchers found that, thanks to global warming, planes are already encountering stronger winds and that by 2050 passengers will be jostled around so much by turbulence that airlines may be forced to divert more regularly on transatlantic routes, increasing flight times, wasting fuel and no doubt fraying nerves.

Bad medicine
Canadian drug maker Apotex has issued an urgent recall of its Alysena-28 birth control pills because some packets may contain 14 days of placebos, instead of the usual week, substantially raising the risk of an unwanted pregnancy. The news came just days after another Ontario firm—Marchese Hospital Solutions—was blamed for preparing chemotherapy medicine in the wrong doses, thereby diluting its potency by as much as 20 per cent. The provincial government is investigating while more than 1,000 cancer patients in Ontario and New Brunswick who received less-than-prescribed doses anxiously consult their doctors.

Where’s the moose?
Ikea was forced to recall its moose lasagna from stores in Europe after it was found to contain traces of pork—the latest in a string of troubling incidents of mislabelled meat. Scientists, meanwhile, have found a new reason to avoid eating red meat altogether. A study in the journal Nature Medicine says a nutrient in red meat called carnitine can lead to a thickening of the arteries, raising the risk of cardiovascular disease and death.