How a plan to sell New Brunswick caviar went so wrong 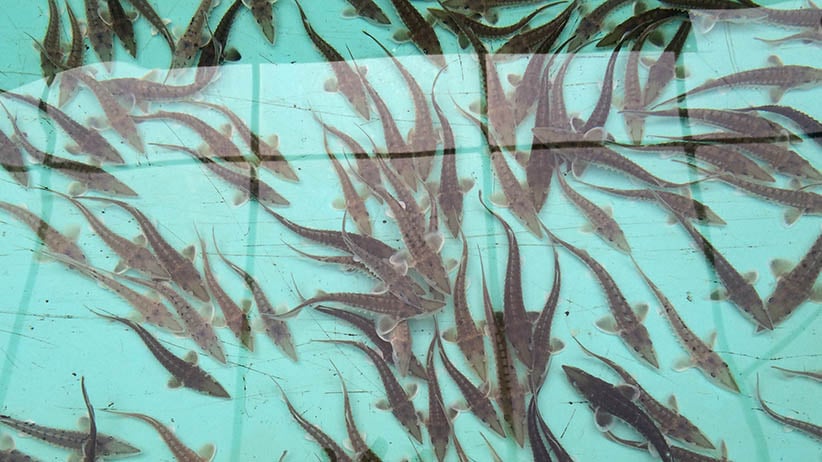 Sturgeon at the Breviro Caviar are seen on November 10, 2014. (Deborah Irvine Anderson/CBC)

Jonathan Barry had big dreams of selling fish eggs. His upstart New Brunswick company, Breviro Caviar, was reviving rare sturgeon stocks and sustainably harvesting them for their eggs, golden and olive-tinted beads to dust upon crème fraîche and crisped parmesan. If all went according to plan, the product would sell for $100 per coin-sized tin and bring badly needed jobs to the town of Pennﬁeld, N.B. Breviro won innovation awards, praise at food festivals and, along the way, secured nearly $1 million in federal and provincial investments and loans. “We’ll have a globally recognized brand that is in the upper echelon of caviar,” Barry said in 2013. “I think we can build a world-class product right here in New Brunswick.”

Today little remains of Breviro’s bold plans to conquer the global caviar market. The company fell into receivership two months ago, around 4,000 sturgeon have been euthanized, and a ﬂurry of lawsuits have been launched, claiming the company contaminated the drinking water of nearby residents. Breviro’s collapse is a cautionary tale of the inherent risks that come when governments try to pick winners from losers in the business world.

At its core, Breviro presented risks. Acipenser brevirostrum, the species of shortnose sturgeon in the Saint John River, is a long-term investment. Females only create caviar when aged seven to 13 years old. However Barry planned to biologically stimulate them to quicken their sexual maturation (a dramatic career change from his history as a vice-president of enterprise at Bell Canada). Shortnose sturgeon is also an endangered species, meaning the United States and European Union ban its import. To overcome this snag, Barry would have to convince the Convention on International Trade of Endangered Species that the shortnose sturgeon in Saint John are genetically distinct from the shortnose sturgeon on its list. 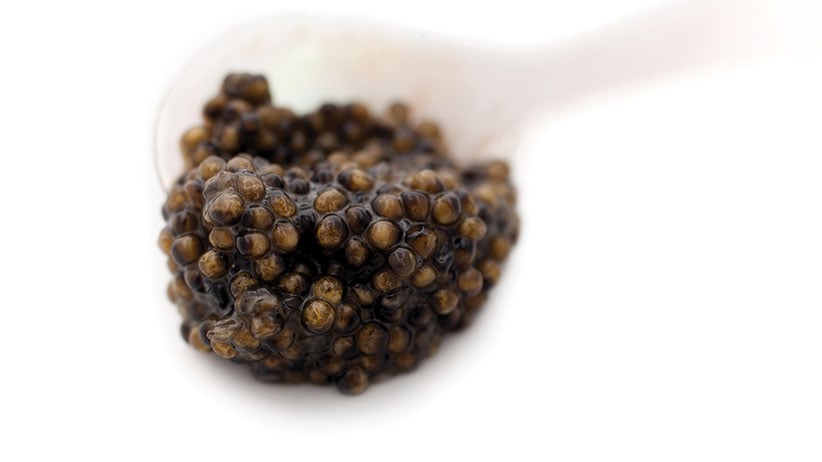 Barry’s approach wasn’t unfounded. Matt Litvak, a marine biologist at Mount Allison University specializing in shortnose sturgeon, says marine farmers often quicken maturation by changing water temperature and oxygen levels. Had Breviro succeeded, he says, it would have reduced incentives for poachers, who are slaughtering sturgeon across the East Coast and in Ontario. “For me, from a fish perspective, it would’ve been very good for sturgeon,” says Litvak. There were also precedents for getting other species exempted from the endangered list. Even so, Litvak notes, “aquaculture is not for the faint of heart.”

Breviro’s backers, including in government, should have known that. Before Breviro, a company called Supreme Sturgeon and Caviar received nearly $4 million in government funding to produce the same delicacy, only to go bankrupt in 2010. Undeterred, Barry acquired Supreme Sturgeon’s assets, including a fish farm in Pennfield, and later opened a second farm in the neighbouring village of Charlo. He says now that he knew the chosen species would be toilsome to harvest, but its uniqueness gave it “allure.”

Yet the business quickly rushed downstream. When Barry tried to get the species exempted from its endangered status, scientists and regulators determined his fish were not distinct enough. At the time Barry called the ruling an “unexpected decision” but the outcome shouldn’t really have been a surprise. Years before Supreme Sturgeon had gone through the same process to get the ban lifted, requiring nine months of legal and bureaucratic manoeuvring, to no avail, and had taken its complaints to the media. Adding insult, the sturgeon got sick. Mushy membranes coated many of the eggs—possibly, suggests Barry, a result of trauma from the fish’s previous owner. Barry recruited biologists, including Litvak, to try to heal the stock. All the while producers of other types of caviar in China and Europe flooded the market, driving down prices. Breviro’s fate was sealed.

Given the sluggish economic growth that has plagued many parts of Atlantic Canada for decades, the region needs new businesses and industries to succeed. But the question of what role governments should play in fostering that remains hotly debated. At the federal level, there are six development agencies across Canada, but the Atlantic Canada Opportunities Agency has by far the largest budget relative to the size of the population. This year ACOA is investing in a variety of unproven aquaculture ventures, from microwavable mussels to dried sea cucumbers. For its part, the agency said in an email that all these applications “are evaluated through a stringent due diligence process. There is inherent risk associated with economic development, but the agency can’t afford not to invest in it if it wants to create wealth, jobs and a more competitive economy.”

While ACOA can point to successes like the launch of Halifax-based health care company STI Technologies, which is now backed by Imperial Capital and employs 60 people, it is also responsible for high-profile duds, such as pouring $20 million into a failed scheme to build greenhouses in frigid Newfoundland. “They’re gamblers without their own chequebook,” says Kevin Lacey, Atlantic director for the Canadian Taxpayers Federation. “This whole situation of the government playing in caviar, if it were a one-time thing, it might be forgiven, but it’s got a long history. It only sells hope where there is none.”

Even ACOA’s successes are minimal. David Murrell, a professor emeritus of economics at the University of New Brunswick, notes also that the grants usually only last five years. “When I think of ACOA, I think of more of a window dressing—storefront political action,” says Murrell. “Does it have an effect on the economy? I say no.”

James McNiven says yes. A professor emeritus of management at Dalhousie University, McNiven argues that ACOA’s investments help job-starved towns like Pennfield. “What you want to do is see if you can’t get something going in a small place, where even four or five jobs is equivalent to 30,000 in Toronto,” says McNiven. “It can make all the difference in the world between that community living and dying.”

Back in Pennfield, some residents say they are still grappling with the Breviro legacy. Across the street from the sturgeon farm, Blair Harris and his family of six, including an infant, had to move out in 2011 due to polluted well water. The family is just now in the process of returning home. “I’ve had to replace every piece of plumbing in my house,” says Harris. “I was basically pumping pure salt water through my pipes. As soon as Breviro got in, it all went downhill for me.” Breviro not only denies the allegations but has also launched its own spate of lawsuits over water contamination in recent years, including against the New Brunswick government and two other aquaculture companies.

By this past summer Breviro could no longer afford to feed the sturgeon at its Pennﬁeld operation, and since the ﬁsh couldn’t be reintegrated into the wild—they would have muddled the genetic pool of wild sturgeon—the fish were left to die. The provincial Ministry of Agriculture, Aquaculture and Fisheries entered the farm in Pennfield and euthanized most of the 4,102 sturgeon itself, sparing 70 to live in a marine science centre in Saint Andrews.

Meanwhile, another 16,000 sturgeon remain alive at Breviro’s Charlo location. With the company being wound down, another New Brunswick caviar producer started a public fundraising campaign through Kickstarter last week to help save and raise the remaining sturgeon. The plan: “produce the best caviar in the world.”