We asked, you answered (and argued about your answers on Twitter). Here's our totally unscientific ranking of Canada's favourite Halloween candy. 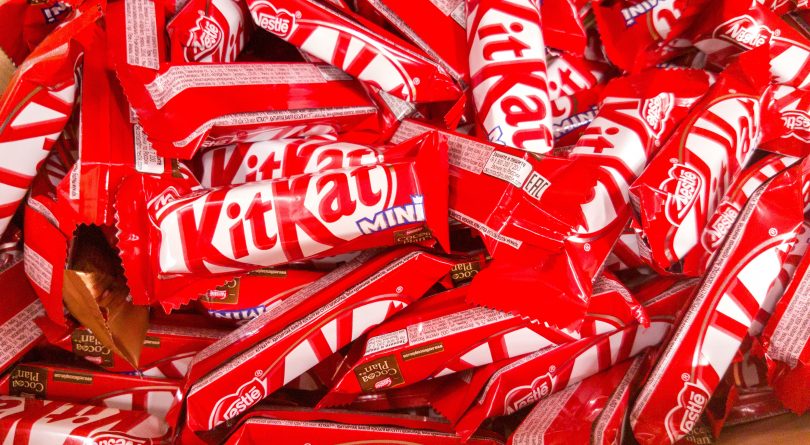 The results are in. Canada’s favourite Halloween candy of choice is: KitKat. The totally unscientific Maclean’s Halloween treat ranker, which we first published Oct. 29, received more than 5,000 submissions as of Oct. 31. The evidently crowd-pleasing chocolate wafer bar, with its ideal snap and chocolate-to-biscuit ratio, snagged the top spot and garnered 2,549 votes for first place out of 36 choices. In second place is the bubbly and almost fan-favourite, Aero chocolate bar, which 2,504 readers ranked second. For a brief period of time, Aero looked like it would win the contest, but by the time the big spooky day arrived, the treat had only racked up around 900 votes for top spot. The hype around this fun-sized treat is clearly full of hot aer…sorry. Mars bar rounded out the podium, receiving more than 2,800 submissions for third place but a mere 200 for first place. Not exactly out-of-this-world. All in all, KitKat was our resounding winner.

SEE THE RANKING: Which Halloween treats are the best and worst in Canada?

We told Nestlé Canada about their KitKats’ supremacy. Erin Matier, a senior marketing manager, reminded Maclean’s the company also manufactures Aero, as well as Coffee Crisp (fifth place) and Smarties (15th place)—and that KitKat is “the only chocolate brand that’s been sent into space.”

As for the very bottom of the list, that’s where bubble gum languishes. You may remember those tiny packets of Hubba Bubba or Bazooka Bubble Gum that would form the leftover dregs of a Halloween haul, still kicking around months later at the bottom of a dusty drawer. Even those little Bazooka Joe comics on the wrappers couldn’t save them. Bubble gum in general received more than 3,600 votes for last place, beating out candy corn, Werther’s Originals, Kerr’s Molasses Kisses, and Sunmaid Raisins, which came in 35th, 34th, 33rd and 31st places respectively. In comparison, raisins received 358 submissions for last place, candy corn 355, and Kerr’s Kisses 228. Rockets, another contentious candy treat, finished in 16th place.