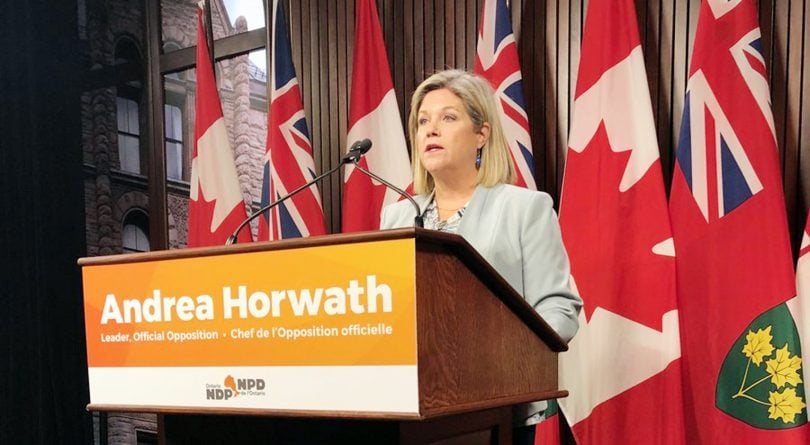 The Ontario NDP says it obtained a leaked internal document Wednesday night that shows the PC government is aiming to privatize health services, including hospitals and family doctors.

The draft bill reveals a plan to dissolve Local Health Integration Networks (LHINs) and create a “super agency” with a mandate to privatize, according to the NDP.

“While the Ford government is publicly pretending to consult on health care, in the back room, legislation designed to privatize our health care system is already being drawn up,” NDP Leader Andrea Horwath said at Queen’s Park Thursday.

“We’ve obtained internal documents, including a complete piece of government legislation that lays out the Ford government’s plan to create a new … super agency with a specific mandate to privatize our health services.”

Health Minister Christine Elliott confirmed the document’s authenticity during a news conference Wednesday afternoon, but said it was merely a “draft” and maintained that the Ford government is “committed to our public health care system.”

She also criticized Horwath for what she called a “tired NDP tactic.”

“Since the NDP haven’t been in government for more than 24 years they might not know how the legislative process works. Drafts are drafts. It’s not been finalized. But our government is continuing to consult and listen to the people who plan and work on the front lines of our health care system…”

“I think it’s really very misleading for her (Horwath) to have made the comments that she did with respect to a draft that has not been finalized. But we are committed to our public health care system…”

The agency would be able to seek bids for contracts from private companies that are able to provide health services, she added.

“As you privatize health services, our public health dollars go into the private pockets of individuals and corporations and shareholders instead of going to the improvement of the services that people should be able to rely on,” Horwath said.

She also cited private home care, which she said allows those with money to pay for caregivers while many are left with substandard care.

Eliott said there would be no changes to the OHIP system. “We were elected to put the patient at the centre of a sustainable health care system built for the future,” she said. “We are committed to that transformation.”

LHINs plan and fund local health care and are meant to improve access for patients.