Make sure you know where to vote on October 21. Here's how.

Before October 15, there were lots of options to vote while away from home. That's no longer the case. 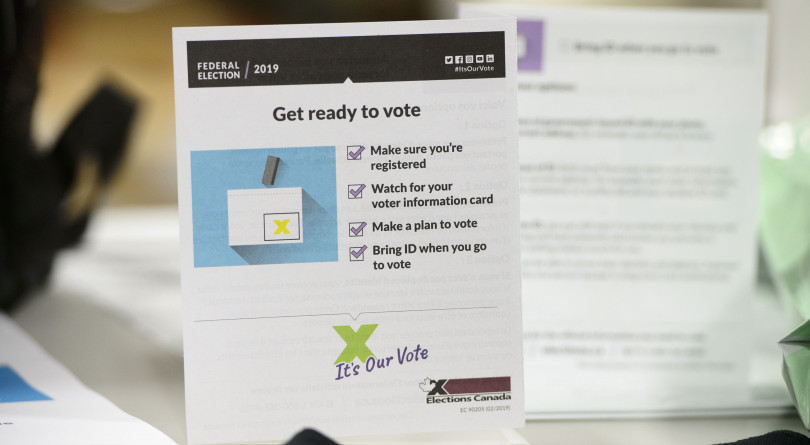 Elections materials are displayed at the Elections Canada distribution centre as workers prepare shipments in Ottawa on Aug. 29, 2019. (THE CANADIAN PRESS/Sean Kilpatrick)

Missed Tuesday’s great big 6 p.m. deadline to vote in advance of Monday’s federal election? Wasn’t even aware there was a deadline? We hate to be the bearer of bad news, so we’ll let Elections Canada rep Nathalie de Montigny do it instead: “October 15th was the last day you can vote anywhere else than your home riding,” she explains.

Wait—what? Can’t you show up anywhere with ID and cast your ballot?

No, actually, you cannot, though many would-be voters are sure to try. “It can get very confusing,” admits de Montigny, “because at some provincial elections, you can vote at any polling station. Not so for the federal election.”

There were quite a few chances to vote before the 15th, but those loopholes are now closed.

READ: Federal election 2019: When is it? Who’s running? And other FAQs.

Prospective out-of-country voters had to fill out an application form and submit with ID. Elections Canada mails a special ballot voting kit, which you mail back or drop off in person if you’re back by the 21st. But to get the special kit in the first place, you’d have had to make an application by October 15.

Students in dorm rooms didn’t need to trek all the way home to vote: Select campuses (but by no means all of them) offered students-in-residence the opportunity to vote in advance Oct 5-9. Anyone who slept through these dates should indeed pack their backpack and go home vote on Monday.

If you were just there for Thanksgiving, perhaps you noticed signs for the advance polling days October 11-14? That it fell atop the long lazy weekend was just a lucky coincidence; a 1970 revision to Canada Elections Act—the same one the lowered the voting age from 21 to 18—introduced a system of proxy voting meant for fisherman, seamen, prospectors and students that guaranteed the right to advanced voting.

And don’t forget, at any time you could have walked into any one of 500 Elections Canada offices across the country to vote via the aforementioned special ballot. But if you didn’t roll through by—you guessed it—October 15 at 6 p.m., sadly, you’re too late.

Click just about anywhere on Elections.ca today and you’ll see the same stern public service announcement: “The only remaining way to vote in this election is at your assigned polling station on Monday, October 21,” it reads. You might not be registered yet—ID and proof of address will do it—but only at your own polling station, which you can find by entering your postal code here, or calling Elections Canada at: 1-800-463-6868.

And next time, maybe plan ahead.