The Egyptian-Canadian journalist is enjoying his long-awaited release from prison in Cairo, but he’s not home free yet 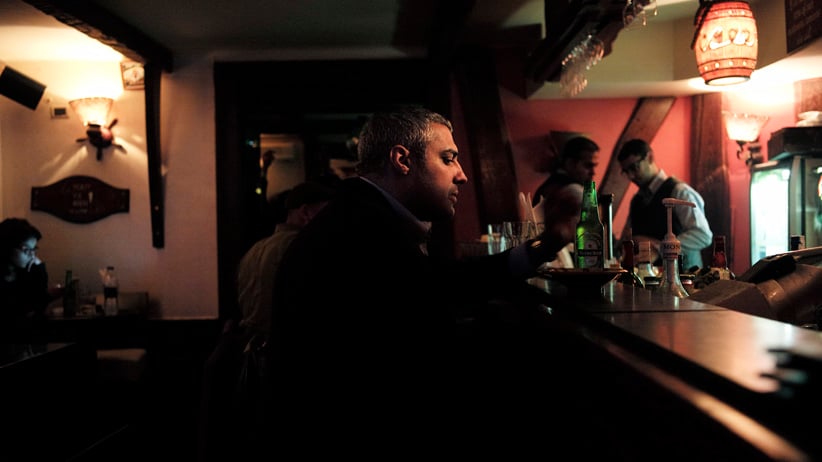 After 412 days in an Egyptian prison, Mohamed Fahmy is trying to catch up on lost time with his fiancée, Marwa Omara. That includes everything from the mundane—going out for a Heineken in the evening—to once-in-a-lifetime moments, such as finding the perfect wedding rings. From morning until night, they almost never leave each other’s sides.

“We were battling for an extra three or four minutes during the prison visits,” Fahmy says in an interview from Cairo. “In prison, you’re always trying to think of positive things you’ll do when you’re outside. This was one of them, to go buy the rings.” 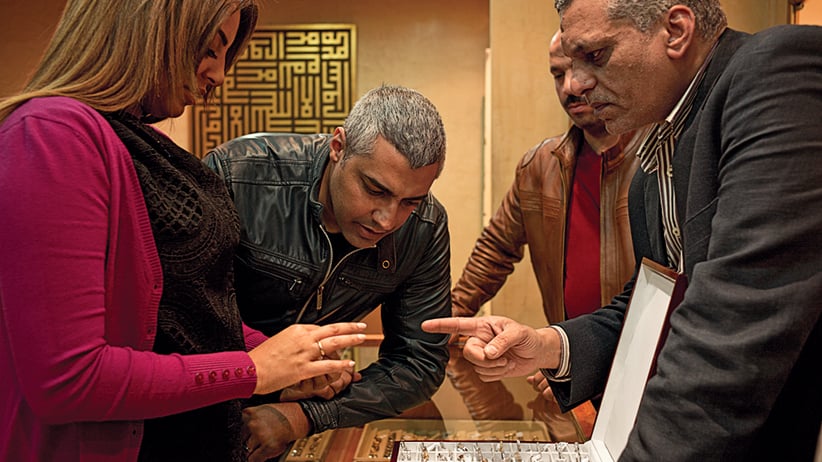 Providing they can wade through the bureaucracy, Fahmy says he and Marwa Omara will marry next week: ‘I hope.’ (David Degner/Getty Images)

Initially arrested in December 2013 and sentenced to seven years in prison on terror-related charges, Fahmy was released on bail last month.  A journalist with Al Jazeera and a dual citizen of Canada and Egypt, he hoped to be home in Canada by now. Instead, the Egyptian court ordered a second trial for his case.

So, for all the evenings at restaurants or mornings spent at his family’s Cairo home, Fahmy is far from home-free. His bail conditions include checking in with local police every day between noon and 3 p.m. He is constantly on the phone with embassy officials, journalists and lawyers working on his two-pronged strategy: deportation, and defence in court. Although he has yet to meet Amal Clooney, the high-profile human-rights lawyer advocating for his release, they speak most days.

Other everyday moments: visiting the doctor, working on a book manuscript, buying a new laptop. And tonight: “We’re going to go clothes shopping, because I’ve gained so much weight in prison.” One of his barometers for public opinion is how he’s treated on the streets of Cairo. “Sometimes people just come and hug me. It’s unbelievable,” he says. “Sometimes people want to take a photo with me.”

For all the support from complete strangers, Fahmy awaits the chance to return to Canada. “I would leave without a suitcase.”

A Day in the Life: Photographs by David Degner/Reportage by Getty Images 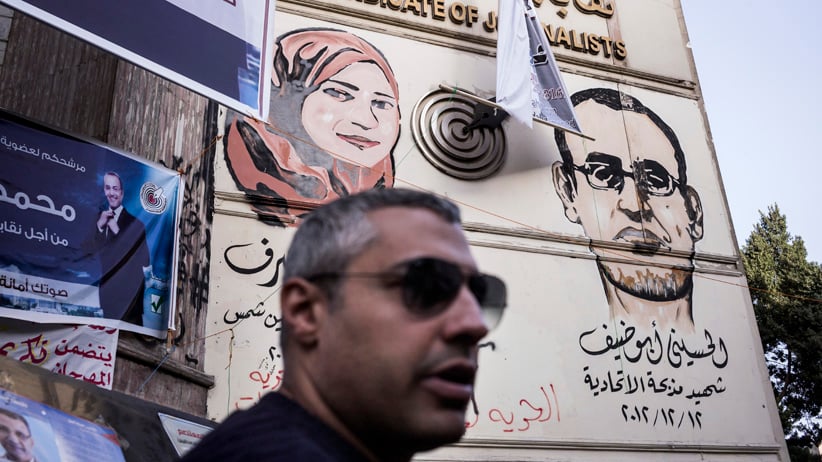 Stuck in Cairo for now, Fahmy is framed by images of slain Egyptian journalists killed covering the unrest. 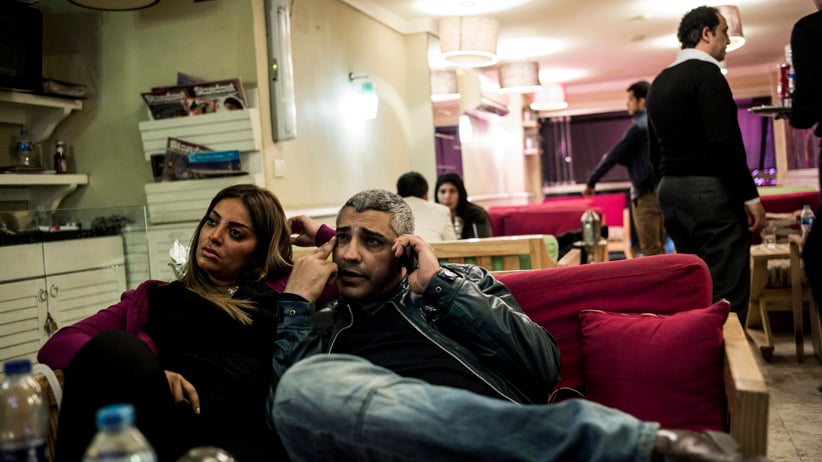 More waiting — as Fahmy and Omara hang out in a coffee shop in a bid to catch the midnight interview on BBC. 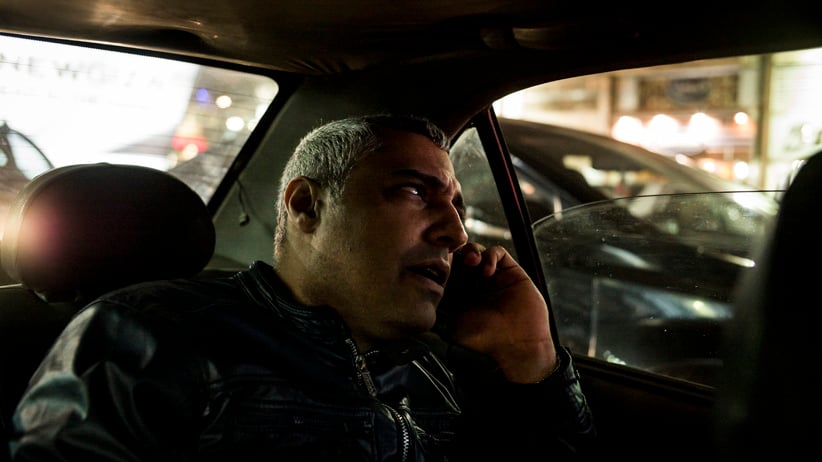 Fahmy says he spends a significant amount of these days consulting with lawyers and journalists. “I’m always on the phone.” 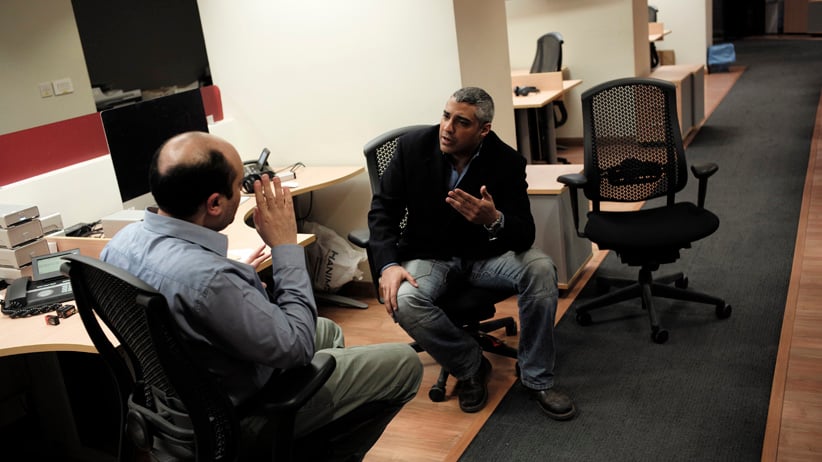 Here, Fahmy talks with a journalist for BBC Arabic before an on-air interview with BBC English. 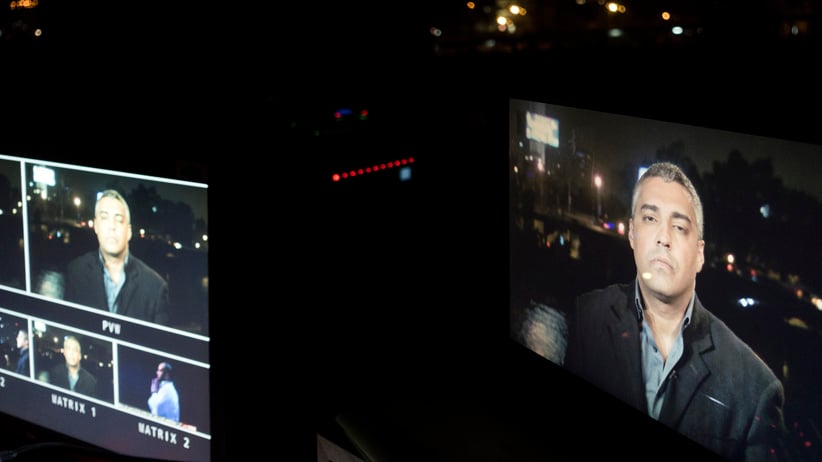 … waiting for the interview to begin with BBC News. 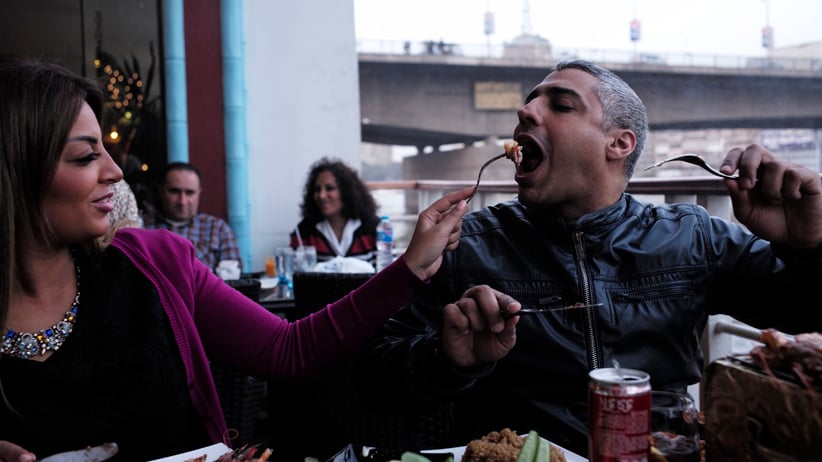 Dinner out is a luxury after prison food — the fish and shrimp far different from lentil soup. 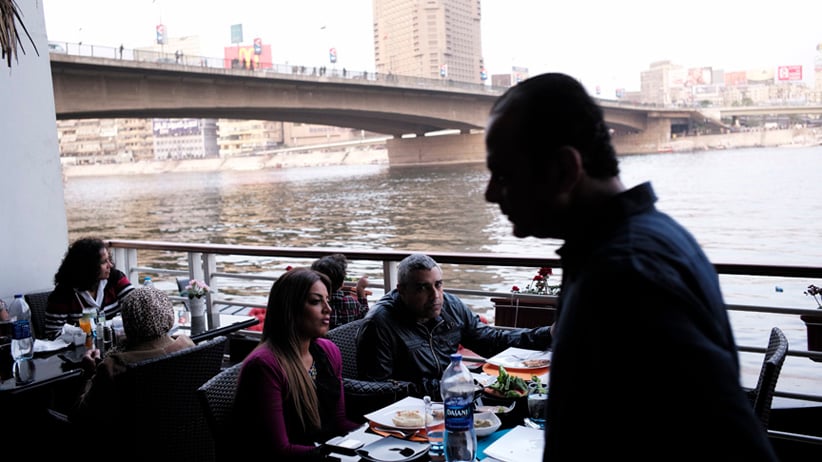 ‘We were battling for an extra three or four minutes during the prison visits,’ Fahmy says of time with Omara. 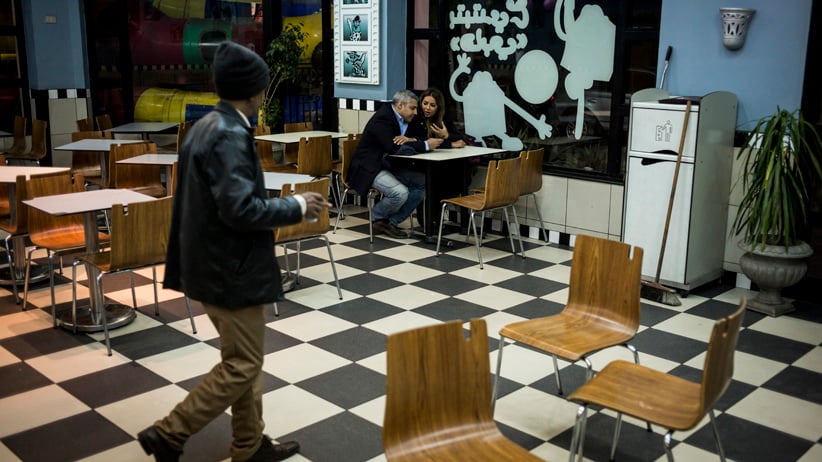 For all the evenings at restaurants — here a late-night burger in a McDonald’s — he’s far from home-free. 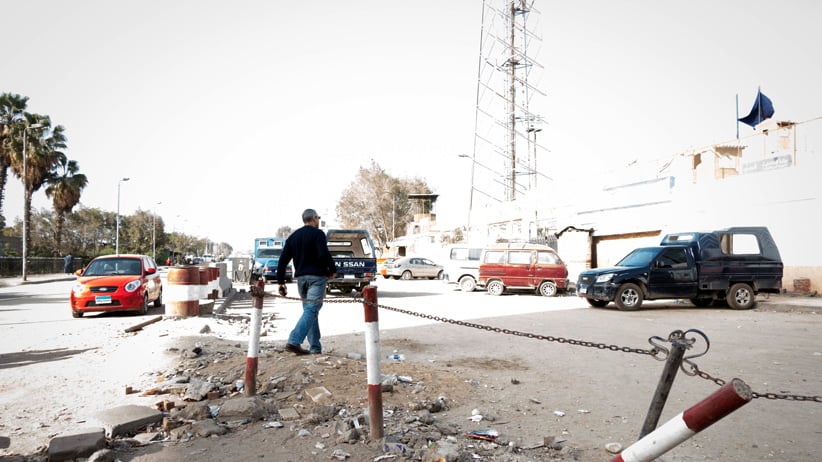 Every day, Fahmy must go to his local police station and sign in between noon and 3 p.m. 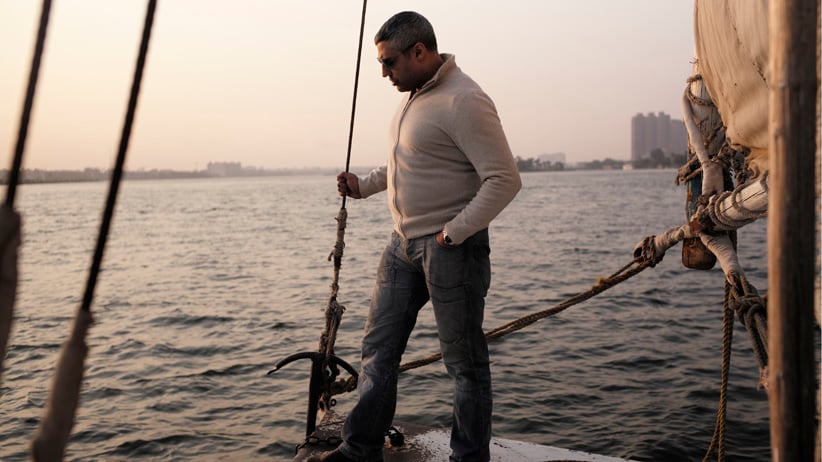 Fahmy takes a minute to clear his head from the congested Cairo. ‘I would love to just get out of town and go to the beach, but this police thing keeps me here.’