What is the risk of getting myocarditis after an mRNA COVID vaccine?

Vaxx Populi: Myocarditis, an inflammation of the heart muscle, has been reported in young people who received an mRNA vaccine. No causal link has been established. 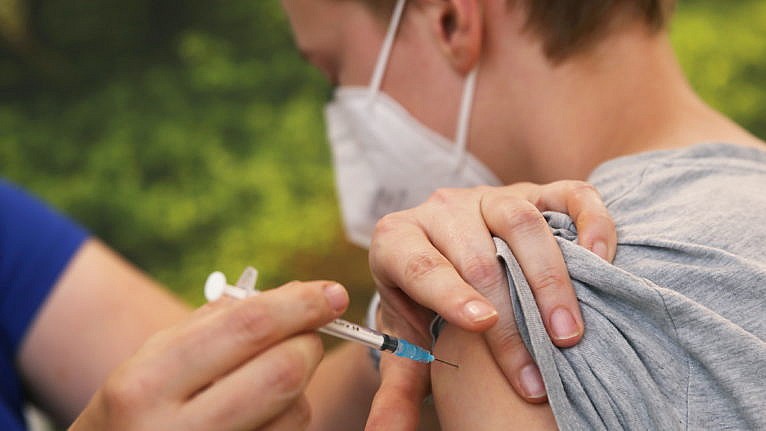 As of the end of June, around two-thirds of all young people aged 12 to 29 in Canada have received at least one dose of COVID-19 vaccine. An estimated six per cent of the under-18 crowd and 16 per cent of the 18-29 cohort have second doses, according to data crunched by Trevor Tombe, an economics professor at the University of Calgary. All those young people have received mRNA vaccines by Pfizer and Moderna. AstraZeneca, the only other COVID-19 vaccine being used in Canada, is restricted to people 30 and over because of the rare but serious complication of a blood clot syndrome known as VITT on the recommendation of the National Advisory Committee on Immunization. (In early May, provinces stopped using AstraZeneca for first doses, reserving it only for second ones.)

Until recently, reported adverse side effects had been largely isolated to AstraZeneca and other viral vector vaccines. Now, there are reports from the United States and Israel that some adolescents and young adults are developing myocarditis (inflammation of the heart muscle) after receiving mRNA vaccines, particularly after receiving their second doses.

RELATED: The Delta variant is ‘moving the goalposts’ for Canada’s vaccination targets

On June 23, data in a presentation by the Centers for Disease Control (CDC) in the United States showed that for 133 million second doses of mRNA vaccine administered by June 11, there had been 636 reported cases of myocarditis. The vast majority of cases were mild, and involved young people, especially men. Among males 12 to 29 who had taken 10 million second doses, there were 455 cases of myocarditis (and 49 cases for females of the same young age).

“What we’re calling the signal—the increase in myocarditis—is only seen in younger people, by and large. We’re starting to see some cases in the 12- to 15-year-olds, but the risk seems to be highest in the 16- to 24-year-olds, and more so in males than females and more after the second dose,” says Dr. Karina Top of the Canadian Centre for Vaccinology at Dalhousie University in Halifax. The rate of myocarditis appears to be one or two cases per 100,000, Top says.

According to the CDC, symptoms typically appear in the week following vaccination. Symptoms include chest pain, a racing heartbeat or palpitations and shortness of breath, says Top, whose research areas include adverse events following immunizations and pediatrics.

RELATED: My first dose was Pfizer. Why am I being offered Moderna for the second?

Unlike VITT, which, when initially detected, had a mortality rate of about 40 per cent in healthy adults, the cases of myocarditis after a dose of mRNA vaccine, “have been, by and large, quite mild, and resolved on their own with minimal treatment,” says Top. “These patients have been expected to make a full recovery.” Public Health Ontario says that most treatments involve non-steroidal anti-inflammatory drugs and rest, though the CDC did report that many cases involved brief hospitalizations, and some young people also developed pericarditis (inflammation of the outer lining of the heart).

A causal link between mRNA vaccines and myocarditis has not been found as of yet. “I think the higher-than-expected number of cases, and the timing close to vaccination and the consistency between the U.S. data and the data that came out of Israel suggests that the vaccine may be causing this, but we don’t know yet,” Top says.

Top is on the frontlines of monitoring adverse events following vaccination, both as an investigator for the Canadian Immunization Monitoring Program Active (IMPACT) and in her role working on a brand new study into the safety of COVID-19 vaccines in children in Canada.

“While I certainly understand that parents may be concerned hearing these reports about myocarditis, COVID itself can be a very serious disease in adolescents and young people,” Top says. And one of those complications from COVID-19 is myocarditis. In studies done with MRIs that involved detailed pictures of the hearts of young athletes who recovered from COVID, researchers found that “one in 100 had some evidence of inflammation of the heart; many had no symptoms, but they had mild myocarditis,” says the physician.

Some children, teens and young adults who get COVID-19 can suffer from multisystem inflammatory syndrome, which is associated with high fevers and sometimes severe inflammation of the heart. “Many of these children require intensive care, and there is a risk of death, and that occurs in about one in 4,000 children who have COVID,” Top says. That is the equivalent of 25 cases per 100,000 children who get COVID compared to one or two cases of mild myocarditis per 100,000 children. “This is where the risk-benefit is very clear,” says Top. “The added benefit of getting that second dose of vaccine far outweighs even the small risk of getting myocarditis in young adults.”

The CDC released a risk-benefit analysis comparing the risks involved in getting COVID-19 versus myocarditis for every million second doses. For males 12-17, their analysis found, immunization prevented 5,700 COVID-19 cases, 215 hospitalizations, 71 ICU admissions and two deaths compared to between 56 to 69 cases of myocarditis after vaccination (some of which involved hospitalizations but no deaths have been reported). For men 18-24, there would be between 45 to 56 cases of myocarditis after vaccination compared to the prevention of 12,000 cases of COVID-19, 530 hospitalizations, 127 ICU admissions and three deaths. “All the data strongly supports getting both doses of the COVID vaccine as the best, safest approach,” Top says.