Some species are smarter than five-year-old kids 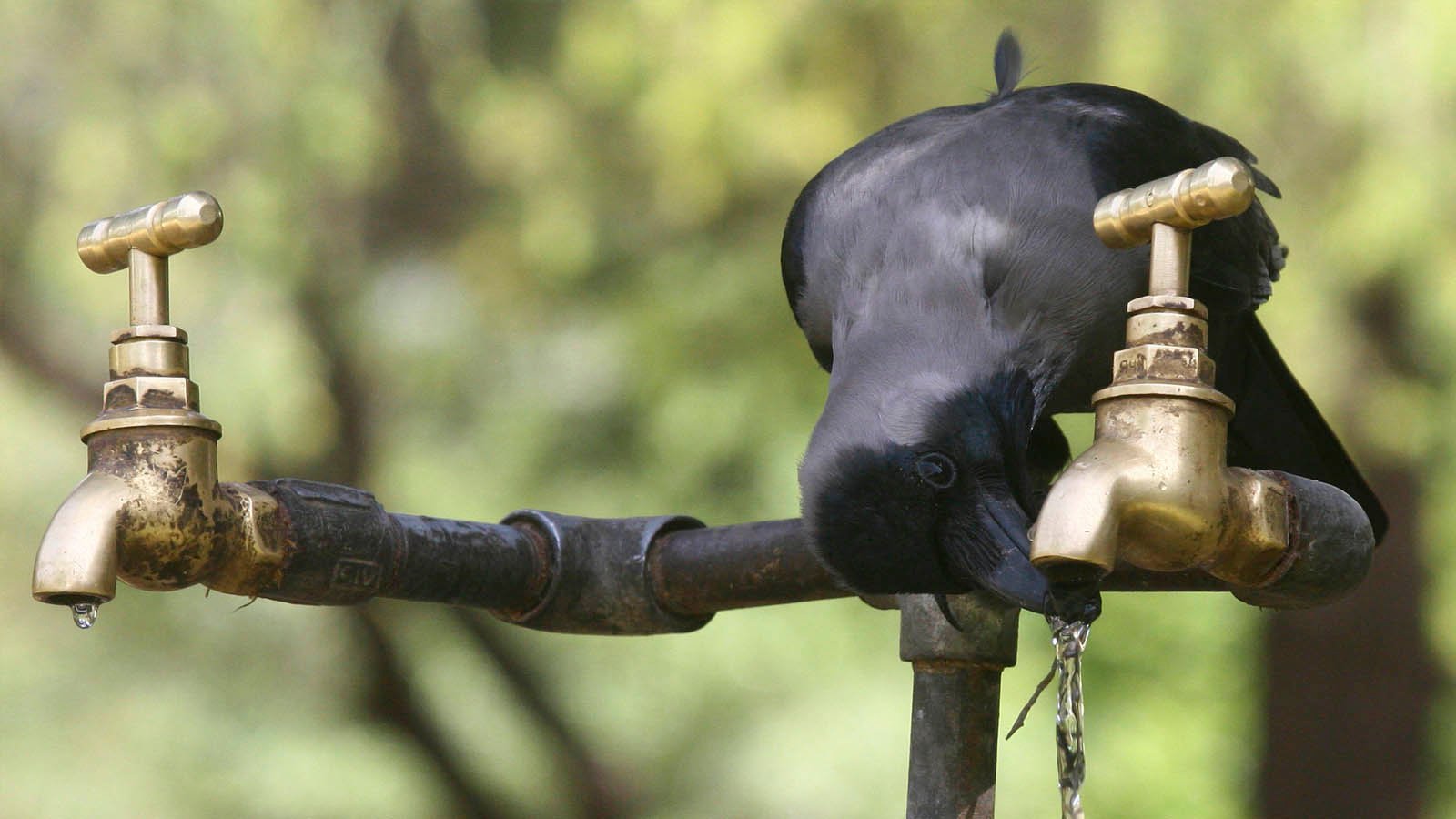 In one of Aesop’s fables, a thirsty crow comes across a half-empty jug of water. Finding the water level too low to reach, the bird drops pebble after pebble into the pitcher; the water level rises, rewarding the crow with a drink. Turns out this isn’t just a bedtime story—crows really are that smart. In a 2014 study, published in PLOS One, researchers observed New Caledonian crows dropping stones into water to raise its level and earn a reward. Remarkably, they chose to drop heavier objects instead of lighter ones that floated, and to put them into a tube filled with water, rather than sand. Their success at some of these tasks rivalled a five- to seven-year-old child.

Alex Taylor of the University of Auckland, whose work probes the evolution of intelligence, was an author on the study. He spoke to Maclean’s early one morning from New Caledonia, an archipelago in the South Pacific, where he was out looking for crows. These birds, part of the corvid family (which includes magpies and jays), are among the most intelligent animals in the world. Like chimpanzees and orangutans, New Caledonian crows manufacture and use tools. Yet crows are the only species, other than humans, known to craft hook-shaped tools in the wild, which they use to yank grubs from logs. “Humans only appear to have invented hook tools 100,000 years ago, when we had anatomically modern brains,” Taylor says. “It’s intriguing to find a crow with a level of technology it shouldn’t have.” Studying these birds—separated from us by 300 million years of evolution—will shed some light on how and why intelligence evolves, Taylor believes. “Have the same cognitive mechanisms evolved twice, in crows and humans?”

Until recently, scientists believed the bird brain to be quite primitive, but they’re discovering a startling intelligence among some species of birds, rivalling dolphins, elephants, even our closest relatives, the great apes. Like them, magpies can recognize themselves in a mirror, suggesting self-awareness. Parrots move in rhythm with a beat, something chimps and dogs can’t do; an African grey grasped the abstract numerical concept of “zero”—a landmark humans don’t typically reach until age three or four. “The negative connotation of ‘bird brain’ is just totally false,” says Erich Jarvis, a neurobiologist at Duke University, whose work has been instrumental in changing perceptions about birds. Jarvis studies how the brain generates complex behaviours, including language and the ability to imitate sound, which some birds (including parrots, of course, and corvids) can do. “It’s not really about brain size. It’s more about the neural network.”

Still, there is a correlation between brain size and intelligence. Corvids and parrots have been the focus of much of the research, because of their relatively big brains. However, Corina Logan, of the University of California at Santa Barbara, is interested in another bird, the great-tailed grackle. Often viewed as a noisy pest, this bird (native to North and South America) ranks only behind corvids when it comes to innovative behaviour—but it has a relatively small brain. Scientists “aren’t testing small-brained species in general,” says Logan. She’s now tagging the wild grackle population around Santa Barbara for further study.

When seeking out innovative species, Logan relies on an IQ measure of sorts for birds—one invented by McGill University biology professor Louis Lefebvre, who combs through ornithologists’ reports to record instances of novel behaviour. “In humans, one of the definitions of intelligence is that we invent new solutions to problems,” says Lefebvre, who spoke to Maclean’s from Slovakia (he was en route to an aviary in Vienna to observe several intelligent species, including the raven and the kea, a large carnivorous parrot). Lefebvre’s inventory includes about 2,600 innovations, in 900 species of birds, from the house sparrow to the heron. “One of the most spectacular was filmed in Israel,” he says. In that video, a crow perches near a fountain with a bit of bread. After dunking some of the bread in the water, the crow eats it, then leaves a hunk floating on the surface. The crow waits. Seconds later, it scoops up a fish, lured by the crust.

Many birds will find innovative ways to secure their next meal, but that’s just one measure of intelligence. Some can actually recognize individual humans—an unsettling thought that calls to mind Alfred Hitchcock’s famous film The Birds. In 2009, Won Young Lee, a Ph.D. student at Seoul National University, was working on a study of magpies on campus, climbing up to their nests to count eggs, measure chicks and take samples. He began to believe the birds were following him, and scolding him with their cries. Lee, who later published a study on his findings in Animal Cognition, then disguised himself; but the birds still harassed him, leaving his collaborators alone. Crows and mockingbirds have a similar ability. In another study, American crows caught and released by humans wearing a distinctive mask scolded anyone wearing that mask for at least 2.7 years after they were first caught.

According to a review of the research recently published by Taylor, some corvids seem able to remember the past, and plan for the future. In particular, Eurasian and scrub jays can interpret one another’s desires and feelings. In a fascinating study, male Eurasian jays chose what food to give their mates during courtship. First, the male watched the female gorge on one food, and then selected whether she got to eat something new or more of what she’d already eaten. The male birds seemed to take the female’s tastes into account: they more often picked the new food, even if they themselves had an appetite for it.

A corvid’s ratio of brain to body size is similar to a chimpanzee’s, according to Taylor (a parrot’s is even bigger); but why they’ve got such big brains is a mystery. Unlike chimps, birds evolved to fly, so every extra ounce they carry comes at a premium. “Weight for them is incredibly important,” he says, noting that birds have hollow bones. “They have to pack a lot of punch into their brains.” The latest studies are using brain-imaging techniques to get a better look inside birds’ minds, which should provide more clues into how they think. Taylor, for one, believes we’ve only begun to scratch the surface in understanding the corvid’s potential. If they can make their own tools, recognize human faces, and even have a sense of themselves apart from other birds, who knows what else can they do?