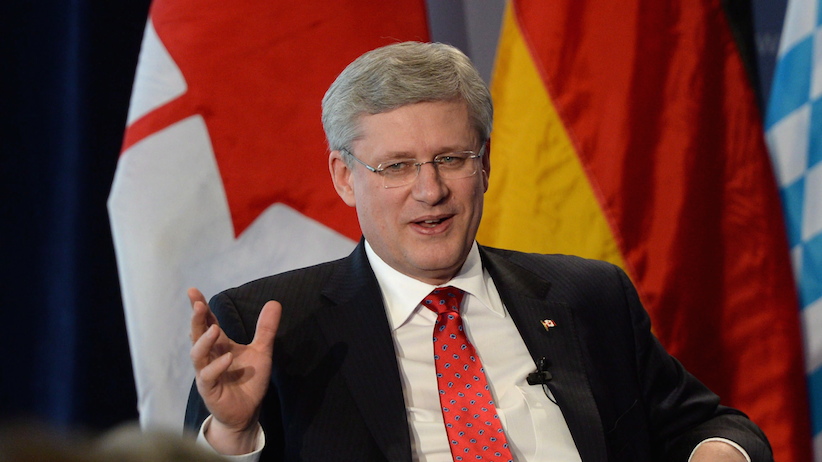 1. Harper targets Russian gas exports. The Prime Minister, who’s spent most of his week trashing Russian President Vladimir Putin, took his tough talk to a German business audience in Munich. Harper hopes to convince European allies to move away from Russian energy exports. Canada, after all, has plenty of fossil fuel to power the continent across the Atlantic. Today, Harper meets with German Chancellor Angela Merkel, a leader described as a “key intermediary” between skeptical western powers and Putin himself.

2. Obama meets the Pope. The U.S. President called his first audience with Francis a “great honour.” Obama’s meeting today at the Vatican comes during a frenetic week in Europe, a spring trip that’s included a G7 meeting and nuclear security summit, and handshakes with heads of state from the Netherlands, China, United Arab Emirates, Japan, and Belgium. He also met with European Union and NATO leadership, and will meet the ambitious Italian prime minister, Matteo Renzi, later today. Obama will even cram in a bit of sightseeing at the Colosseum.

3. Ukraine hopes for billions in loans. The International Monetary Fund’s three-week visit to Ukraine could produce an agreement that sees the money lender provide more than $14 billion in loans over two years—with the prospect of further direct assistance from other western governments. The money won’t come without strings: Ukraine must pursue aggressive austerity, a process already underway as the interim administration in Kyiv moves to raise gas prices by 50 per cent.

4. Peace comes to the Philippines. The Moro Islamic Liberation Front will lay down its arms after 17 years of fighting the Filipino government. The rebels, who sought self-determination in the southern Mindanao region, will turn over thousands of weapons as the Philippines establishes a new autonomous Bangsamoro government that will collect its own taxes, operate its own police force, and hold elections in 2016. The cost of peace was more than 100,000 dead Filipinos over the course of the bitter struggle.

5. Iwao Hakamada is a free man. Forty-six years after Hakamada found himself on Japan’s death row, new evidence has absolved him of the murder of a former boss, and the boss’s family, for which he was convicted in 1968. Hakamada, 78, confessed to the crimes all those years ago, but later retracted the confession and proclaimed his innocence. Turns out the supposedly damning evidence may have been planted by investigators.