Letters: 'He needs to look in his own backyard' 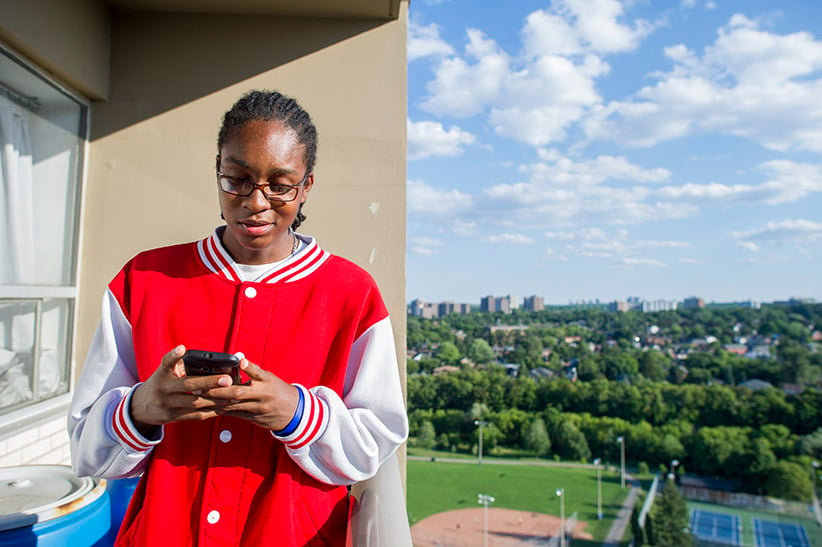 Fifteen year-old Corick Henlin spends free time accessing social media on a smart phone at the Weston and Lawrence area in Toronto, ON. Henlin is among many youth that are contributing to a drop in petty crimes with the assistance of reaching out to a greater community in thanks to social media outlets that are conveniently accessible by modern smartphones. (Photograph by Cole Garside)

So apparently the real homicidal thieves who will break into your house, beat you up and steal your car are not the smartphone-addicted youth (“Why crime is falling so fast,” Society, Aug. 10), but the 65- to 89-year-olds! Hmm. Retirement: Obviously, too much time on your hands leads you down a wayward path. Maybe police forces should sponsor video-game training and free rentals for the over-50 crowd as a way to keep those computer illiterates out of trouble.

In Zoe McKnight’s cover story about “how social media obsession, smartphone addiction and even violent video games” allegedly explain “why crime is falling so fast,” the writer doesn’t mention the hypothesis regarding the link between leaded gasoline and the crime wave of the 1960s, ’70s and ’80s. The simultaneous curves show that exposure to the fumes of leaded gas early in life translate to delinquent behaviour by youth. This phenomenon was consistent in every country that used leaded gas—first introduced in the 1930s—regardless of economic levels, and has declined steadily according to the removal of lead in gasoline in the 1970s. Forty years later, some of those same youths are now the seniors still involved in crime.

Bravo Maclean’s! It’s about time the sorry state of the Royal Canadian Navy is exposed by the media (“The sinking of the Canadian Navy,” National, Aug. 10). As a former officer in the Royal Canadian Navy Reserve, I have been watching with great concern as Prime Minister Stephen Harper made numerous promises about replacing our aging fleet, but failed to keep them. I was disappointed that so far in the current election campaign, none of the opposition leaders have mentioned that Harper has embarked on a foreign war without devoting sufficient resources to rebuilding our Navy to be in a position to defend our country. He has been in power for more than nine years and has done nothing to rectify the past failures, and now our Navy is no longer capable of doing more than interdicting drug smugglers.

Perhaps there is a simple solution to a number of problems here. France completed one Mistral helicopter carrier for Russia—and partially completed a second—but, in light of Russia’s aggressive stance in Eastern Europe, both countries have agreed to call off the deal. Could our government look at purchasing these ships from France, as the backbone of a modern Navy well-suited to Canada’s needs?

So, just to be clear: We live in the country that has the longest coastline in the world, and we now have basically no navy to protect it? Seriously?

Know when to fold ’em

Yes, U.S. President Barack Obama has made bad deals with both Cuba and Iran, both of which have repressive regimes and are human rights violators (“Obama’s bad gamble,” International, Aug. 10). However, they are not comparable. Cuba does not have an ayatollah who publishes a book promising to annihilate Israel. Nor does it finance terrorism, nor does it plan to have a nuclear arsenal. Obama is putting many lives at risk. His naïveté that Tehran will play honestly would be laughable if it weren’t such a deadly gamble.

Obama’s bad gamble? Compared to what? G.W. Bush’s invasion of Iraq, when there were no WMDs and which he eventually tried to justify as a war to create a free, peaceful and democratic Iraq? It created a long and bitter war that was supposed to be over in a few months, and destroyed the delicate balance of power in the Middle East. Mind you, it may turn out well if the U.S. and its allies (if it can find any) invade Iran and nurture a true democratic form of government there. It’s a gamble either way, but we should put our money on Obama’s negotiations. Taking the risk/reward ratio and common sense into consideration, it is no contest. 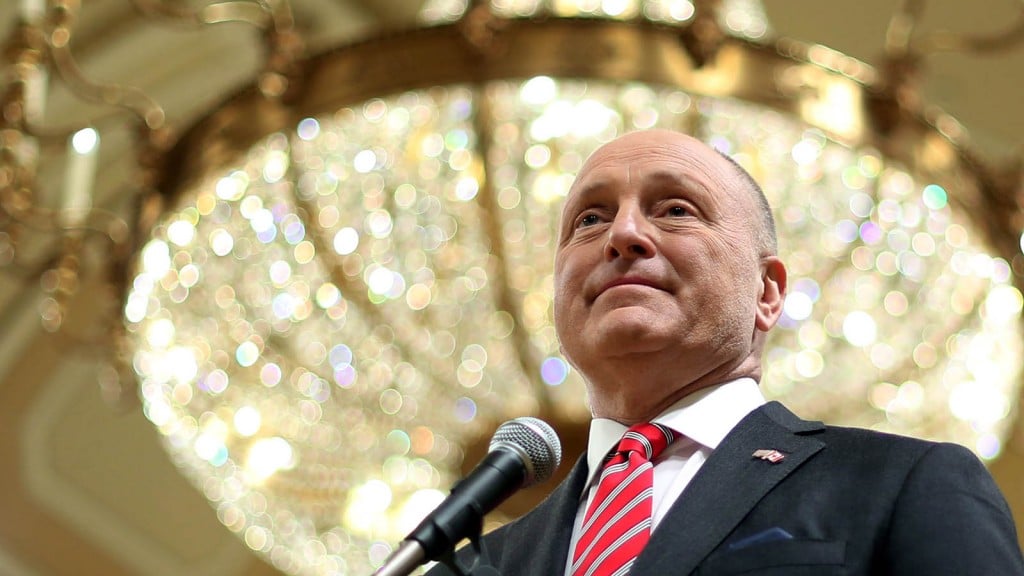 The next time U.S. ambassador to Canada Bruce Heyman wants to lecture us about “protectionism,” he needs to look in his own backyard (“The truth hurts,” Good News, Aug. 10). While it’s true that Canada may need to make changes in this area, the U.S. agricultural sector is one of the most protected and subsidized in the so-called “free-market” world. American agro-businesses, especially those producing corn, soy and sugar, receive grotesque subsidies paid by the taxpayers whose rivers and land are being polluted. What the U.S. government isn’t subsidizing is being monopolized by giant agro-oligopolies that routinely manipulate policies to the detriment of producers, consumers and the environment. All this has led to a highly protected and unfair system that has ruined most independent farmers and made the traditional family farm a quaint memory.

So Deutsche Bank thinks Canadian home prices “are as much as 63 per cent overvalued” (“Hard times ahead,” Economy, Aug. 3). How was that derived? Why not 65 per cent? Looks like a number pulled out of a hat. Stephen Harper is being blamed for allowing Canada to become so exposed to international markets, but how was Canada able to grow to this point without exposure to international markets? So an international slowdown is our Prime Minister’s fault for not planning ahead? Fort McMurray’s unemployment rate has “more than doubled to 8.6 per cent,” yet no mention is made of the fact that Canada’s rate is only 6.8 per cent. In one story, Alberta’s energy boom has been “snuffed out,” yet, in the same issue, Wildrose Leader Brian Jean (“Not the Brian Jean show,” National, Aug. 3) claims that “this is the third-highest revenue year we’ve ever had in Alberta”—even with the low oil price. Seems like odd logic to me. As to being in an oil slump that may last five to 10 years, isn’t this predicted by the same “experts” who were predicting that oil would go to $200 a barrel just a couple of years back? Your concluding paragraph claims that “Canada’s wild economic ride has come to a sudden, unexpected halt in 2015.” That would lead one to believe that we are facing a 1930s-style depression, when instead, we have lived through years of the Canadian dollar below US70 cents, the flight of manufacturing, low oil prices, high oil prices, low house prices, high house prices, low unemployment, high unemployment—and we still managed to live comfortably in this great country! Why try to scare us?

Based on the heated responses, it seems that Sonia Faruqi (The Interview, July 20) is achieving exactly what she is hoping for: changes for the better in the way farm animals are treated. I recently lived in a small village outside Ottawa and witnessed appalling conditions for farm animals on a daily basis. Across the road were beef cattle, in a small field with a river nearby, in manure up to their knees. Finally, the environmentalists stepped in and insisted the cattle be moved farther from the river. The cattle were still in manure up to their knees, only with less room. Then there was the large dairy farm with lovely green pastures—yet the cows remained shackled in their barn day after day. And, of course, there were veal farmers, with young veal calves in their little huts, unable to move and never seeing the light of day, so they could be slaughtered for their white flesh. Bravo to Ms. Faruqi and all the activists.

I was very agitated after reading the interview with Sonia Faruqi, a former Wall Street banker who wrote a book condemning animal welfare on farms. Would a book on international banking written by a farmer who visited a few banks be given the same attention?

In response to letters questioning the accuracy of claims made by Sonia Faruqi about animal welfare on farms (“Farmers love animals,” Letters, Aug. 10), unfortunately, her claims are all too accurate. The organization World Animal Protection has rated Canada a shameful D in general animal welfare, which includes farm-animal welfare.

Thomas Mulcair (The Interview, Aug. 3) says he believes “peace is first among [Canada’s] values”—which is admirable, but, as we saw in the Second World War, sometimes we have to make war to retain the freedoms and peace we all hold dear. The old axiom holds true: “For evil to succeed, it requires only that good people do nothing.” Peace achieved at the expense of the murder of our friends and allies is just not acceptable!

Mulcair is right to say it’s not our fight. Anyone who can butter toast knows that the U.S., with help from its friends, is responsible for most of the tragedy in the Middle East. Stephen Harper has joined the ranks of those countries who believe that providing arms and intelligence to both sides of conflicts, as well as helping foment animosity in that region, is just good business.

Yes, Stephen Harper has abused his power, governed like a bully, disenfranchised environmentalists and regular Canadians alike, and created policies that mostly benefit the richer portion of Canadian families. But he’s the only election candidate who is unambiguous about the need to export oil and gas from Canada—and that is the key to our country’s future. If the other candidates want my vote, they need to strongly support oil and gas exports while concurrently positioning to lead this country into an appropriately timed transition to green energy. We need a leader who will help Big Oil and environmentalists align to fight climate change, not hate each other. Pipelines are safe and will drive our economy, and shifting to green energy over time is the right thing to do.

Recently, Harper promised that, if re-elected, he will ensure that 10,000 refugees from war-torn regions of Iraq and Syria will be given asylum in Canada (“Life after the life before,” International, Aug. 3). I applaud the government’s interest in alleviating the suffering of those oppressed by Islamic State fighters. However, will jobs, education and training also be provided to these refugees? While troubled and distressed, I believe they can help build a stronger nation. They must be given an opportunity to harness their talents and develop their skills. In order for us to fulfill our humanitarian interests, we need to go the whole way and assist these refugees to become a part of the fibre of Canada.

We welcome readers to submit letters to either letters@macleans.ca or to Maclean’s, 11th floor, One Mount Pleasant Road, Toronto, Ont. M4Y 2Y5. Please supply your name, address and daytime telephone number. Letters should be less than 300 words, and may be edited for space, style and clarity.