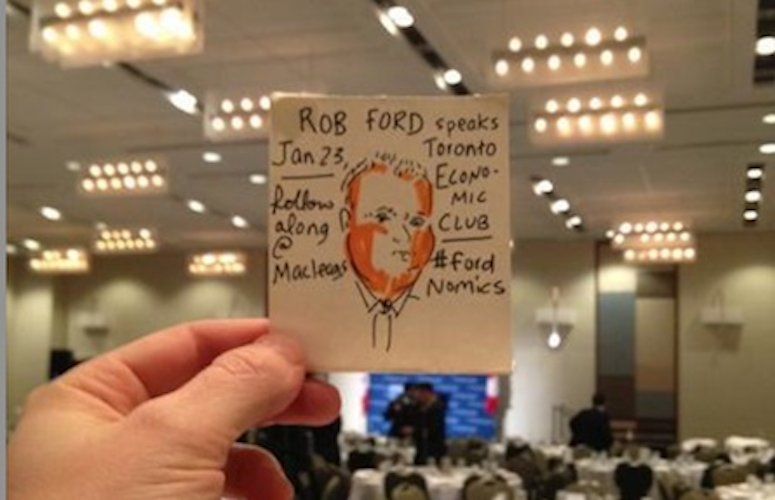 The first in a series of illustrations from a Rob Ford speech to a Toronto business crowd.

Toronto artist and illustrator Sarah Lazarovic was honoured last night with an Online Journalism Award for her commentary.

Lazarovic, who was not in Chicago at the awards, learned of her latest honours via Twitter:

In a competition dominated by American media, the Calgary Herald was also recognized for its coverage of the Alberta floods. A complete list of winners is here.

Lazarovic has also been nominated for a Canadian Online Publishing Award, which will be handed out in November.

Most recently, she filed while walking along with a climate protest in Toronto. Lazarovic is the author of the newly published A Bunch of Pretty Things I Did Not Buy. To see more of her work at Maclean’s, follow this link.