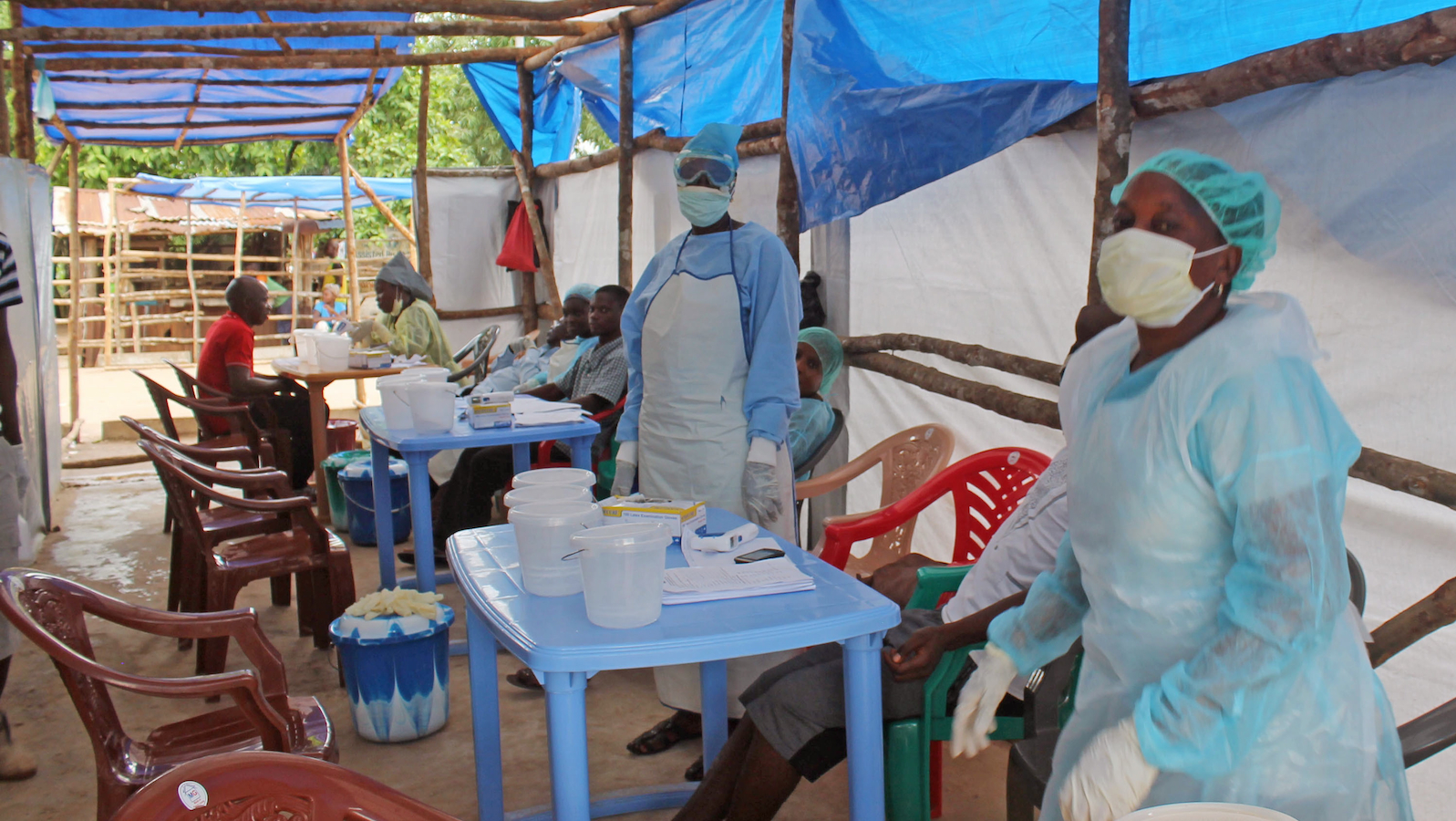 Medical personnel inside a clinic taking care of Ebola patients in the Kenema District on the outskirts of Kenema, Sierra Leone on In this photo taken on July 27, 2014. (Youssouf Bah/AP)

West African leaders increase measures to contain Ebola outbreak. At least 729 people have now died from the worst Ebola virus outbreak in history, the World Health Organization said Thursday. The death toll—up by 57 people since the last estimate—came as West African leaders called in the military and police, authorizing both to conduct house-to-house searches to find anyone who may be infected and to help secure outbreak sites. In Liberia, schools were cancelled and non-essential government workers placed on temporary leave. The U.S. also issued a health advisory Thursday, urging citizens to avoid unessential travel to Guinea, Sierra Leone and Liberia because of the outbreak.

Canadian government blames China for cyberattack against National Research Council that breached personal data. Yesterday, the National Research Council said that it had been the victim of a cyberattack originating in China. Today, the federal privacy commissioner’s office said the breach could have allowed the hackers to access personal information and that it is monitoring the situation. Meanwhile, China’s foreign ministry denies any involvement in the attack and said, in a statement posted on its website, that the Canadian claims were “groundless accusations.”

UN calls for daily pauses in fighting to deliver aid in Gaza. “Humanitarian pauses” in the ongoing violence between Israel and Hamas are required to deliver aid to people in Palestine, the chiefs of humanitarian aid for the UN said Thursday. More than 220,000 people in Gaza have fled to UN shelters, where the situation is increasingly dire, with a lack of clean water and adequate toilets. There are 1.8 million people living in Gaza. In the current round of fighting, which has lasted 24 days, more than 1,300 Palestinians have been killed.

Supreme Court rules on “Mr. Big” sting operations. An increasingly common police investigation technique using undercover officers to elicit confessions must be regulated more carefully, the Supreme Court ruled Thursday. The highest court’s ruling on so-called “Mr. Big” operations was prompted by an appeal from Nelson Hart, a man who was convicted of first-degree murder for the drowning deaths of his three-year-old twin girls in 2002. Hart confessed to an undercover police officer and was subsequently convicted. (Maclean’s spoke to Hart about his confession back in 2006.) In Hart’s case, his admission can’t be used against him, the Supreme Court ruled. It’s now up to the Crown to determine whether Hart will be retried.

B.C. government to give parents cash if teachers’ strike continues into September. Parents of children under 13 years of age could get $40 per day per child if the ongoing B.C. teachers’ strike continues into September. During the announcement B.C. Finance Minister Mike de Jong said the money going to parents would come from the $12 million each day that the government is saving while teachers are on strike. Parents could use the cash for day care, tutoring, or other education for their kids, he said.