Talking Points: On the hunt for aliens, China, and a fiery dress code 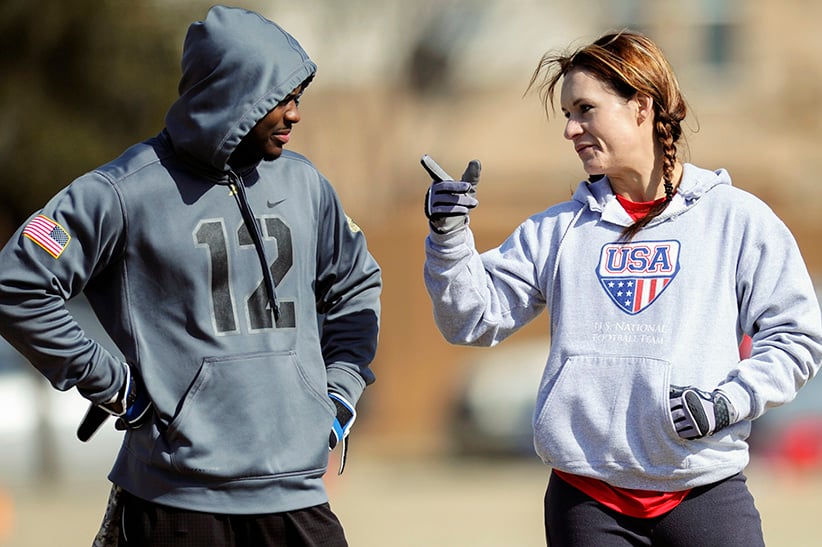 Breaking barriers: Jennifer Welter (right) is the first woman to hold a coaching position, with the Arizona Cardinals, in the history of the NFL (Michael Prengler/Cal Sport Media/AP)

Why is Canada bickering with the U.S. over cows and chickens?

As negotiators head to Hawaii to hammer out a Pacific Rim trade deal, U.S. ambassador to Canada Bruce Heyman called out Ottawa for not offering better access to its notoriously sheltered dairy and poultry industries. While this is a sensitive subject for a federal government eager to avoid angering farmers before an election, making concessions is a necessary price of economy-boosting international trade deals. And not only is Canada’s supply management system antiquated and protectionist, it unnecessarily limits consumer choice and raises prices. Quite simply, it’s an idea well past its best-before date.

Is there good news in Egypt?

Six commercial ships travelling in two groups of three completed a test transit of Egypt’s beefed-up Suez Canal following an $8-billion overhaul that added another lane for part of the trip between the Red and Mediterranean Seas. Military ships and helicopters watched over the proceedings to make sure there were no threats from Islamist militants, which have set up bases on the nearby Sinai Peninsula. Even so, it was heartening to see progress continue in a region so bedevilled lately by backward-looking fanaticism.

Does Barack Obama really want to run for a third term?

In a speech to the African Union, U.S. President Barack Obama highlighted the democracy-killing dangers of leaders who aren’t subjected to term limits—a key problem on the continent. Not that he’s above wanting to hold office for as long as possible. “I actually think I’m a pretty good President. I think if I ran [for a third term], I could win,” he quipped. “But I can’t.” Of course, considering the current state of U.S. politics—Donald Trump, for instance, is leading the Republican field by a wide margin—one can hardly blame Obama for being tempted to think outside the box.

Is there more news about space?

Russian Internet entrepreneur Yuri Milner plans to spend $100 million to try to answer the question: Are we alone in the universe? Joined by Stephen Hawking, Milner revealed a decade-long funding program for SETI (the search for extraterrestrial intelligence) that will be used mostly to buy researchers time on the world’s biggest radio telescopes. The timing couldn’t be better. Scientists have already found a host of potentially habitable planets orbiting distant stars, including the recently discovered Kepler-452b, a world with as much as a one-billion-year evolutionary head start on Earth. 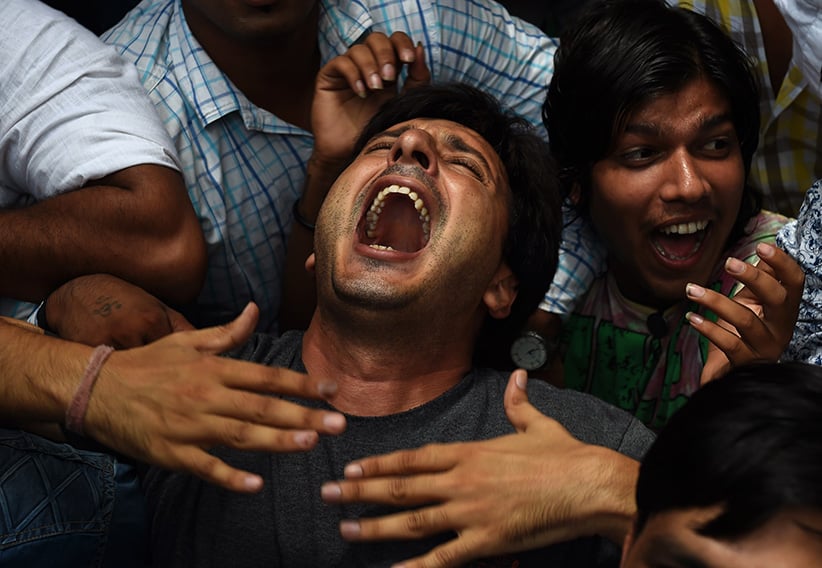 Anguish: Indian activists protest a deadly attack by suspected terrorists from Pakistan on a police station in the Punjabi district of Gurdaspur (Sajjad Hussain/AFP/Getty Images)

What do China’s economic problems have to do with me?

After three weeks of relative calm, China’s stock market resumed its downward plunge earlier this week, when the Shanghai Composite Index recorded its biggest one-day percentage drop in eight years. More unnerving: The slide came despite heavy-handed efforts by Beijing to staunch the bleeding, suggesting the all-important Chinese economy may be in worse shape then we’ve been led to believe. If that’s the case, Canada could be in for more pain, as global commodities prices continue to swoon, taking our resource-focused economy down with them.

Related: How did Canada’s economy go from boom to recession so fast?

What does “mass shooting” even mean?

A movie theatre in Lafayette, La.; a military facility in Chattanooga, Tenn.; a church in Charleston, S.C. It only seems as if America experiences a horrific “mass shooting” every few weeks. In fact, it happens more like once a day, according to statistics collected through the crowdsourced Mass Shooting Tracker. While the tracker’s more liberal definition of “mass shooting” admittedly inflates the numbers—it captures any shooting in which four or more people are shot, but not necessarily killed—it hardly matters. America’s gun problems are spiralling out of control. Meanwhile, U.S. lawmakers seem content merely to condemn the violence and hope nobody notices their inaction is to blame.

Why haven’t we done anything about missing and murdered Aboriginal women?

The United Nations Human Rights Council became the latest group to call for a national inquiry on missing and murdered Aboriginal women in a recent “report card” on Canada. While many members of the council are notorious human rights offenders themselves, the treatment of Aboriginal women in this country remains a national embarrassment —one that clearly isn’t going to go away. It’s time to get serious about a fix.

What are you supposed to wear to work when there’s a forest fire?

Employees in the Kelowna office of the B.C. Assessment Authority can go back to wearing jeans and short pants, the Labour Relations Board has ruled. Managers’ attempts to improve office attire apparently didn’t jibe with existing rules permitting employees to choose their own wardrobes using “common sense, reasonableness and good judgment.” Given the city’s hot, dry summers—an evacuation alert was recently put in place for nearby West Kelowna as wildfires raged—it surely won’t be long before flip-flops and muscle shirts are acceptable business attire, too. The mall-ification of the office continues.