Talking Points: On thumbs-down and touchdowns 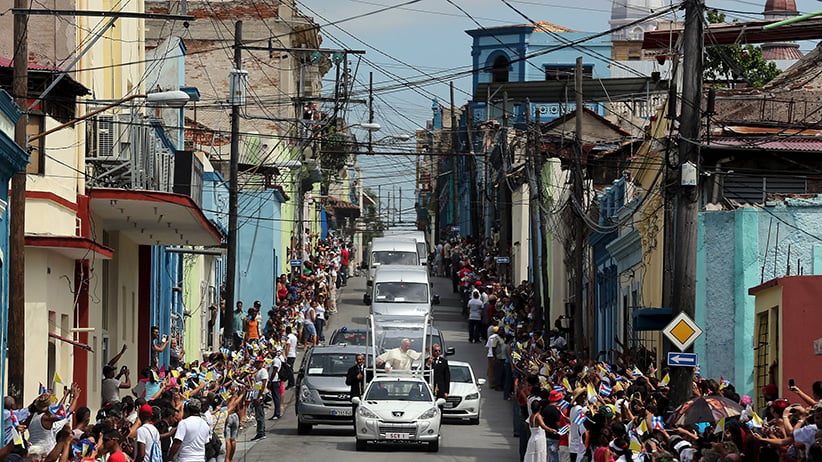 A message of unity: During a historic visit to Cuba, Pope Francis said the Church wants to ‘break down walls’ and ‘sow seeds of reconciliation’ (Alejandro Ernesto/Reuters)

Is Omar Khadr still a threat?

The good news keeps coming for former Guantánamo Bay prisoner Omar Khadr, who’s now free on bail. An Edmonton judge agreed to ease his release conditions, including scrapping his electronic-tracking bracelet and approving a two-week visit with relatives in Toronto. The best news? If Khadr chooses to fly to the city of his birth (as opposed to drive or take a train), Canadians will find out—once and for all—if CSIS and the RCMP still think he’s a genuine threat. If it turns out Khadr is on Canada’s no-fly list, we’ll know authorities believe he continues to pose a danger. If his name doesn’t appear on the database, he’s not a threat. End of story.

Related: Is Omar Khadr allowed to board an airplane?

What’s so special about the new U.S. secretary of the Army?

U.S. President Barack Obama has nominated a new secretary of the Army: Eric Fanning, an ultra-qualified candidate who also happens to be gay. Five years after the repeal of the Pentagon’s outdated “don’t ask, don’t tell” policy, Fanning will become the first openly gay civilian secretary in the U.S. military. Sadly, such announcements still trigger condemnation. Republican presidential hopeful Mike Huckabee was especially vocal, saying, “Homosexuality is not a job qualification.” But one former soldier, an Iraq veteran, said it best: “The Army cares whether you can shoot straight, not whether you are straight.”

Could my car kill me?

Is there a trustworthy automaker left in the world? From defective accelerators to faulty ignition switches to deadly airbags, consumers have been hit with a barrage of recent recalls. Now it’s Volkswagen on the hot seat, admitting that the company used covert software—installed in million of vehicles—to deceive U.S. emissions regulators. Amid demands for his resignation, CEO Martin Winterkorn said he is “endlessly sorry” for the scandal, but plans to stay at the helm and “clear this up.” It will take a while, if it happens at all. At least 11 million vehicles have been recalled so far, and the company has set aside more than US$9.6 billion to pay for necessary repairs.

Loyal Facebook users have long clamoured for a “dislike” button, an appropriate way to acknowledge tragic stories about refugees crossing the Mediterranean, or news that a friend’s beloved dog has died. But after founder Mark Zuckerberg hinted that something might be brewing, news of a potential “dislike” button sparked a series of Internet scams offering “invite-only” use of the feature. In the meantime, observers also fear a boost in online bullying, e.g., people “disliking” a classmate’s selfie. Thumbs down all around. 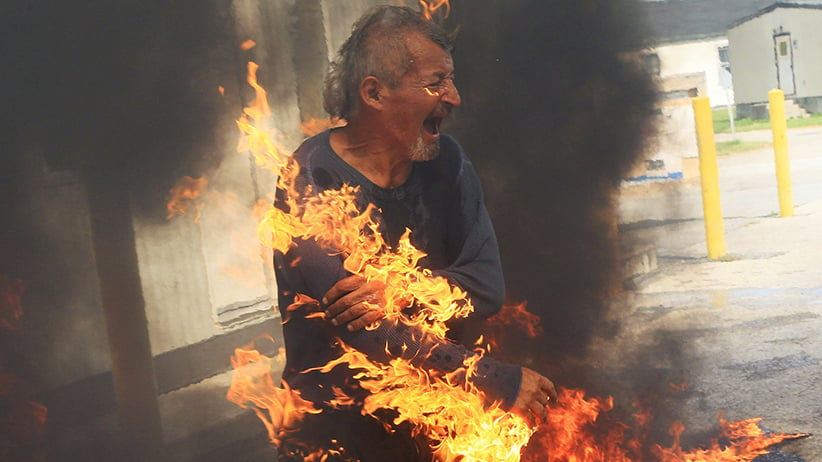 Can I watch NFL football guilt-free?

Fall has arrived and, once again, the National Football League is facing criticism for high rates of concussion among its players. A new study from the U.S. Department of Veterans Affairs and Boston University finds that 87 of 91 dead NFL players had chronic traumatic encephalopathy (CTE), a degenerative disease in those with a history of repetitive brain trauma. The results don’t necessarily mean that 96 per cent of all NFL players have CTE, as the brain samples came from those who had reason to be concerned. Still, the numbers are startlingly high, especially since the NFL just reached a US$1-billion concussion-related settlement with thousands of former players.

Do you smell that?

In news that will haunt germophobes, scientists have discovered that every person gives off a unique cloud of bacteria—much like the Peanuts character Pigpen. University of Oregon researchers sampled the air surrounding 11 people in a clean room, and could identify most of them just by the unique combinations of bacteria left behind. Scientists hope the study sheds light on the spread of infectious disease, but best not to contemplate the results while riding public transit.

Would our astronauts really want to go to Mars?

NASA astronaut Scott Kelly recently crossed the halfway point of his historic mission, which will make him the first American to live for one year aboard the International Space Station (ISS). Astronauts rarely have free time on the ISS, but Kelly and his crew recently kicked back to watch The Martian, an upcoming movie in which Matt Damon plays an astronaut stranded on Mars. Although Kelly believes his mission will pave the way for an eventual trip to the Red Planet, he doesn’t envy Damon’s character. “Yes,” he replied, when asked in a Twitter Q&A if he would go to Mars, “as long as I could come back.”

Were there any feel-good stories this week?

Heroes come in all shapes and ages. In Britain, a quick-thinking grandmother riding her mobility scooter rescued a man being mauled by a dog—by spraying water in the animal’s face. In Essex, two men came across a stranger chest-deep in mud and sinking fast. They frantically dug him free, using only their hands. On Vancouver Island, a father saved his two-year-old daughter from a cougar attack, punching the big cat until it ran away.