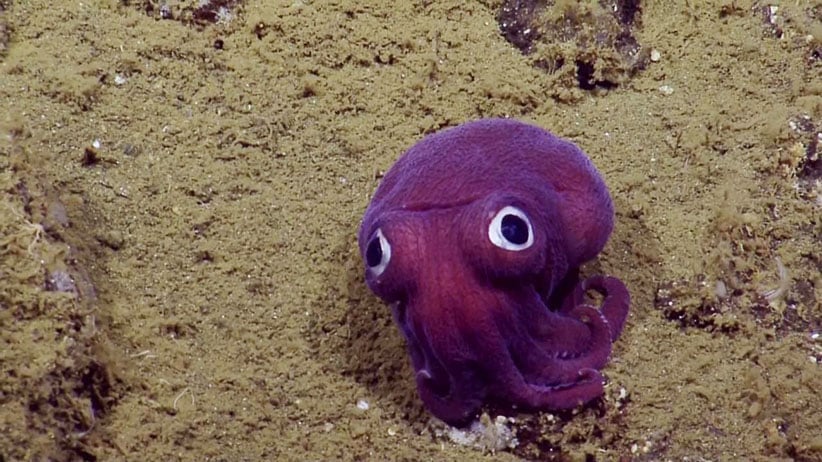 The tiny purple squid, known as Rossia pacifica, had scientists on the Nautilus Live team in hysterics when they stumbled across his hiding place in Southern Californian waters last week.
“The stubby squid looks like a cross between an octopus and squid, but is more closely related to cuttlefish,” says the Nautilus team. (Nautilus Live/YouTube)

In May, Filipinos sick of drugs and crime chose as president the tough-talking Rodrigo Duterte. His promised cleanup has been soaked with blood: 1,800 suspected dealers and others have died, many in police shootouts or at the hands of vigilantes. Two UN special rapporteurs have called for formal investigations. Duterte’s response: let’s leave the UN. “If you are this rude, take us out of your organization,” he said. His foreign secretary says the threat shouldn’t be taken seriously. Foreign leaders should take very seriously a democratically elected regime that cares so little for human rights and due process.

Welcome as it is for Prime Minister Justin Trudeau to keep creating more firsts for women, there’s a tactical error in naming Bardish Chagger the House leader. She’s also minister for small business and tourism, two files with many advocates and players far from Ottawa. House duties and legislative prep work will keep Chagger chained to her Parliament Hill office. House leader should be a job unto itself. It could have gone to Health Minister Jane Philpott, who billed taxpayers for thousands of dollars for a limo service and first-class airport lounge membership. She could use a job that limits her travel.

European and U.S. leaders have failed to revive Israeli-Palestinian peace talks, but Egyptian President Abdel-Fattah al-Sisi has revealed someone new waiting in the dove-wings: Vladimir Putin, who invited the two sides to Moscow. The Russian strongman’s idea of honest brokerage in Syria includes bombing factions that oppose the Assad regime, and he’s quietly bolstered campaigns of French ultra-nationalist Marine Le Pen and, it appears, Donald Trump. When Putin extends an olive branch, test it first for toxic material.

Zoe Mintz was fined $149 for walking her poodle on the wrong Montreal sidewalk. They were just over the Westmount/City of Montreal border, when a canine inspector—they’re out in force after some headline-making dog attacks—flagged Mintz’s pooch for not having a Montreal tag; only a Westmount tag. A former mayor is back in court on corruption charges, infrastructure remains a mess, and local entrepreneurs are pleading for business-friendly reforms; the city doesn’t need a pet bureaucracy running in circles. 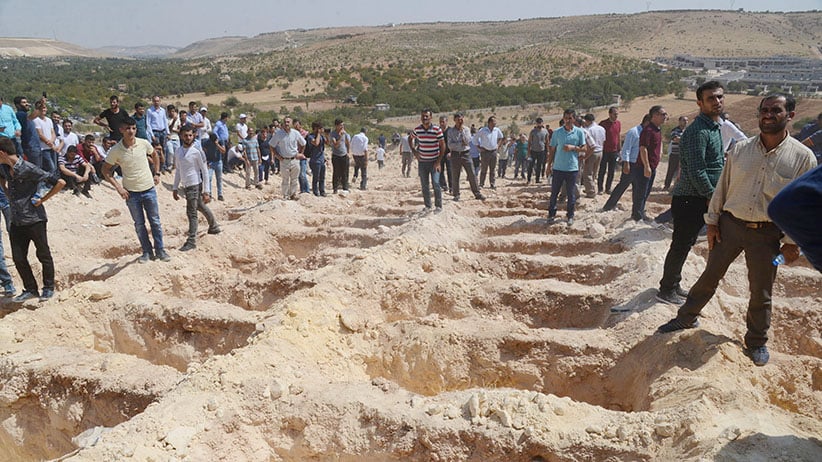 People wait close to empty graves at a cemetery during the funeral for the victims of last night’s attack on a wedding party that left 50 dead in Gaziantep in southeastern Turkey near the Syrian border on August 21, 2016. (Ilyas Akengin/AFP/Getty Images)

Too often, politicians forget about a remote town’s suffering in the months after a major trauma, such as the fatal shooting of four people last January at a high school and home in La Loche, Sask. Premier Brad Wall followed up earlier broad pledges with action on Aug. 16. The remote northern town will get new trades education programs, as well as a long overdue suicide prevention worker. Wall also deserves credit for repeatedly preaching racial tolerance in the wake of this month’s flare-up of bigotry after an Indigenous man was slain on a Biggar-area farm. Saskatchewan is grappling with some deep troubles, and needs this sort of steady leadership.

MORE: The suffering of La Loche

More than 81 per cent of Canadian women now participate in the workforce, up from just three-quarters in the late 1980s, according to a new Statistics Canada study. The gains can partly be attributed to family-friendly policies that permit paid maternity leave, although Canada’s strong post-2009 economy may have also helped. By contrast, the percentage of American women who work—but aren’t guaranteed paid time off after giving birth—has fallen below 74 per cent over the same period. It’s yet more evidence that Canada’s more enlightened approach to work-life balance is paying off.

Iraqi troops are continuing their push into the ancient city of Mosul, where as many as two million people remain under the control of Islamic State fighters. And they may have a new weapon to show off when they finally arrive. Two Iraqi brothers have apparently built a tank-like remote-controlled vehicle that’s equipped with both a machine gun and rocket launcher, according to military news website Defense One. The name of the creation? Al-robot.

Roughly 1,500 Americans washed up on Canada’s shores, albeit inadvertently, after high winds blew their inflatable rafts and tubes off course during this year’s boozy Port Huron Float Down. The ill-advised annual event on the St. Clair River, which separates Michigan and Ontario, created big headaches for Canadian Coast Guard, RCMP and customs officials, who were charged with corralling the drunken interlopers and bussing them back to the States. On the plus side, it was a good dry run for the U.S. refugee crisis that may erupt if Donald Trump becomes president.