This week, we tested Maclean's Genius Peter Dyakowski on everything from NBA mascots to Scrabble rules. Can you beat his 87 per cent? 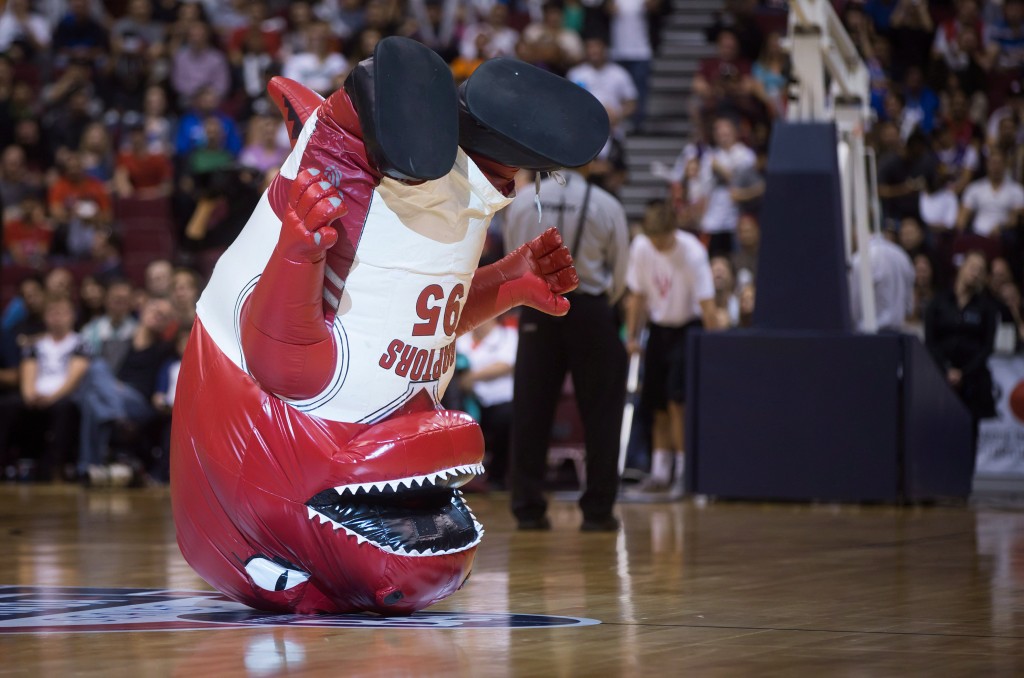 Toronto Raptors’ mascot “The Raptor” performs during a break in play as the team plays the Sacramento Kings during the first half of a pre-season NBA basketball game in Vancouver, on Sunday October 5, 2014. (Darryl Dyck/CP)

This week, we tested Dyakowski on everything from NBA mascots to the rules of Scrabble. “I think I improve with sleep deprivation,” said Dyakowski, bleary-eyed in the wake of a tour in support of the Ticats BeFit nutrition program. He scored 87 per cent.