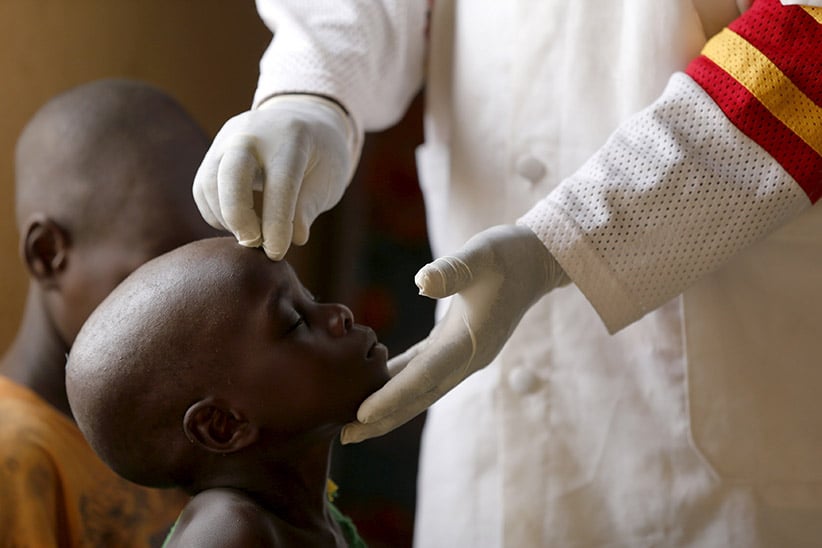 Given refuge: A child rescued from the Islamist terror group Boko Haram is examined by a doctor at a camp for displaced people in Yola, Nigeria
Afolabi Sotunde/Reuters

Prime Minister Stephen Harper paid a surprise visit to Canadian troops in Kuwait and Iraq who are fighting the jihadist Islamic State. His motives may not have been pure: The PM plans to play up national security and the fight against terrorism in the upcoming election. And his in-house propaganda web series, 24 Seven, goofed by showing the faces of military personnel who are part of the mission—something journalists accompanying him were warned not to do. But Canada’s mission against Islamic State is a just one, offering protection to civilians in Syria and Iraq who are threatened by genocide. Harper’s visit underlines his commitment to it.

What really happened to Freddie Gray?

The curfew has been lifted, the National Guard sent home, and a facsimile of calm restored to the streets of Baltimore. The state of Maryland’s decision to charge six police officers in the death of Freddie Gray is what precipitated the change. But progress will be short-lived, unless justice is seen to be done, and swiftly. Something untoward clearly happened to the 25-year-old following what prosecutors have already termed his “illegal” arrest. The severe spinal injuries that caused his death didn’t happen on their own. The challenge is uncovering the truth. Only then can the community move forward.

Hope and rescue from Boko Haram

The Nigerian military has rescued some 700 women and children who had been kidnapped by the Islamist group Boko Haram. The freed women say their husbands and older boys were murdered on capture, and report horrific abuse while in captivity. Hundreds of women and girls remain missing, including the more than 200 taken from a school in Chibok last year. But Nigeria, with help from neighbouring countries, has retaken almost all the territory Boko Haram had captured, and has what’s left of the group on the run.

To boldly go faster with help from the EM Drive

NASA engineers have successfully vacuum-tested a new propellant-less propulsion method that could revolutionize space travel. Based on something called the EM Drive, or electromagnetic drive, it involves bouncing microwaves around a small container to generate thrust, seemingly violating the laws of physics in the process. The results appear to confirm earlier tests done by other researchers, but don’t get too excited. A one-way trip to the nearest star would still take 92 years—quite literally, the trip of a lifetime. 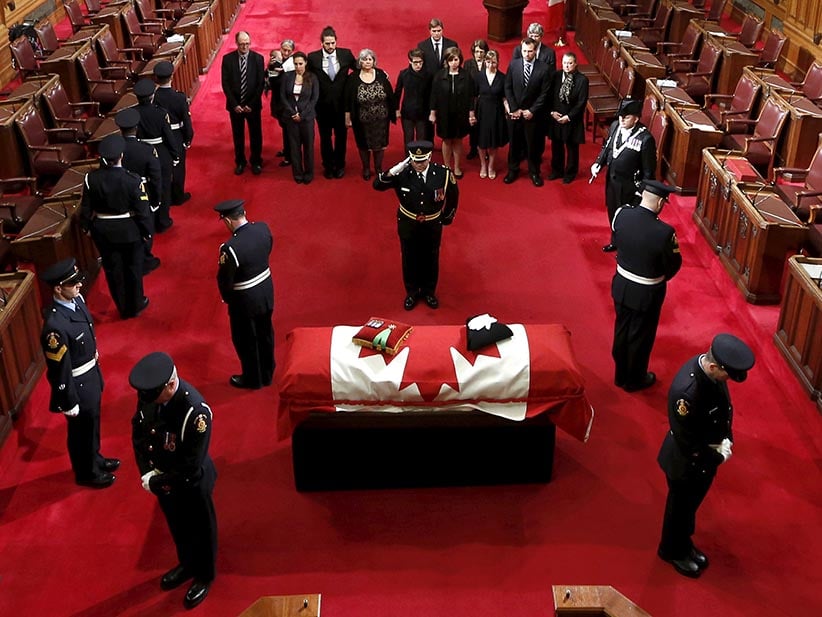 Honoured: The casket of the late Senate Speaker, Pierre Claude Nolin, is saluted as he lies in repose in the Red Chamber in Ottawa
Chris Wattie/Reuters

Thousands of Ontario parents kept their children home from school this week to protest the province’s new sex-ed curriculum. They contend that the revamped lessons, covering such topics as sexting, same-sex relationships and high-risk behaviours, will encourage kids to “experiment,” and promote certain “lifestyles.” That’s utter nonsense. And since parents already have the right to opt out of the classes, what’s the fuss? Those who wish to confuse ignorance with protection may do so. But they shouldn’t be allowed to dictate how everyone else’s kids are educated.

The death toll from Nepal’s devastating earthquake continues to climb, with 7,300 now officially lost. But an awful situation is being compounded by bureaucratic incompetence and infighting. Aid flights have been turned away from Kathmandu’s main airport, as relief supplies pile up and volunteers sit idle. Customs and immigration bottlenecks have been a big part of the problem. Helping Nepal recover and rebuild will take co-operation and coordination. Let’s get on with the job.

It is indeed fortunate that police in Texas managed to kill two would-be jihadis before they carried through a planned attack in Garland this week. But the targeted event—a “free expression” symposium, organized by the American Freedom Defense Initiative, was designed to provoke. The anti-Muslim group had widely publicized its “art exhibit” of pictures of Muhammad, and its cash prize for the best new cartoon of the Prophet. Given the recent attacks in Paris and Copenhagen, it was a proven way to attract trouble. And the group spent $30,000 to have the local SWAT team on hand, just in case. No one condones violence carried out in the name of religion. But actively seeking to incite it is a dangerous and destructive game.

Scientists have warned of the perils of climate change for years, but now it seems two researchers have succumbed directly to its effects. Dutch explorers Marc Cornelissen and Philip de Roo are presumed drowned after apparently falling through uncharacteristically thin sea ice in Nunavut. Meanwhile, half a world away, even the pollution-prone Chinese are getting nervous: The government warns that a growing number of typhoons and other severe weather events threaten key infrastructure, including the Three Gorges Dam.