Your morning five: Moncton wakes up in shock

Also: The feds watch every protest 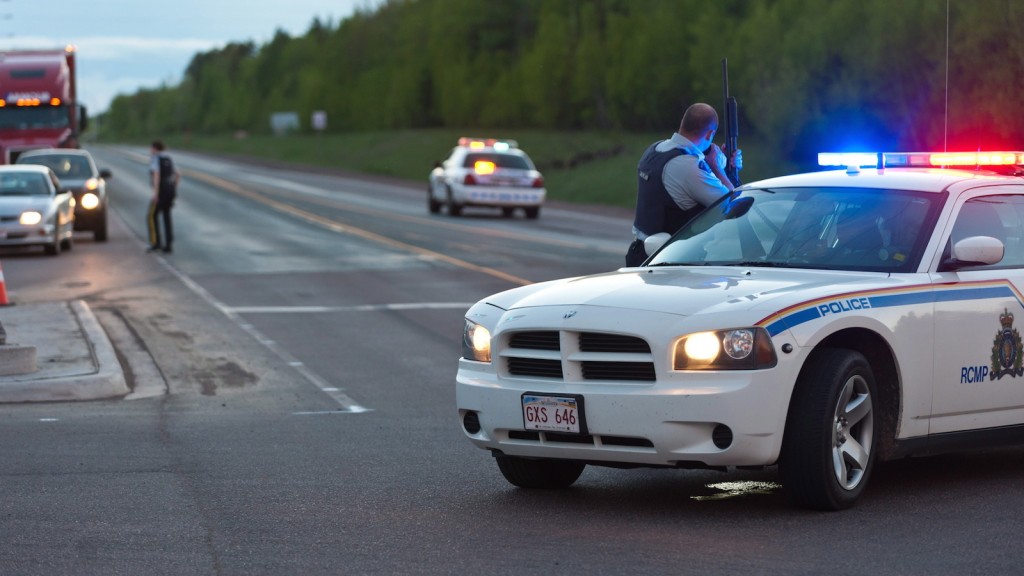 1. Three Mounties are shot dead in Moncton. A manhunt continues for Justin Bourque, 24, who’s suspected of killing three RCMP officers, wounding two others, and continuing to roam the streets. Mounties warn he’s armed and dangerous. They’ve asked the public to remain indoors, with their doors locked, and urged them not to publicly reveal the locations of any police officers. Authorities believe Bourque is somewhere in the city’s Pinehurst subdivision, and are searching the area between Berry Mills Road, Killam Drive, Mountain Road and Evergreen Drive.

2. Peter MacKay targets johns. The justice minister tabled a bill yesterday that’s meant to target those who purchase sex and pimps who take advantage of prostitutes. MacKay’s bill responds to last year’s Supreme Court ruling that existing prostitution laws were unconstitutional. MacKay’s bill would also make it illegal to advertise prostitution wherever anyone under 18 years old may show up. Sex-work advocates say cracking down on johns and restricting advertising only forces prostitutes into dangerous situations. They say the bill is unconstitutional, and they want sex work decriminalized.

3. Israel expands settlements in the West Bank. The moment the Palestinian unity government took office, Israeli officials planned some form of retaliation. Housing Minister Uri Ariel applauded a decision to build 1,500 new housing units in East Jerusalem and the West Bank. Ariel called the expansion “just the beginning” of a “proper Zionist response” to what he called a Palestinian “terror cabinet.” Justice Minister Tzipi Livni disagreed. She dismissed the housing projects a “political mistake” that would reflect poorly on Israeli efforts to win the world over.

4. The feds watch every protest. The next time you see protesters take to the streets, watch carefully for federal authorities who are monitoring the demonstration. They are, apparently, planning to be there. The Ottawa Citizen‘s David Pugliese reveals an email to all federal departments from the Government Operations Centre, a nerve centre that coordinates emergency responses to security threats and natural disasters. The missive mentions a “comprehensive listing of all known demonstrations” the operations centre would share with its “partners.” The opposition remains unimpressed.

5. G7 leaders only warn of more sanctions. Prime Minister Stephen Harper and the rest of the world leaders, meeting in Brussels, stopped short of stepping up sanctions against Russia. But they did release a joint statement: “We are united in condemning the Russian Federation’s continuing violation of the sovereignty and territorial integrity of Ukraine.” Harper, U.S. President Barack Obama and Russian President Vladimir Putin will all attend D-Day ceremonies in Normandy tomorrow, as will Ukrainian President-elect Petro Poroshenko. No word on seating arrangements.