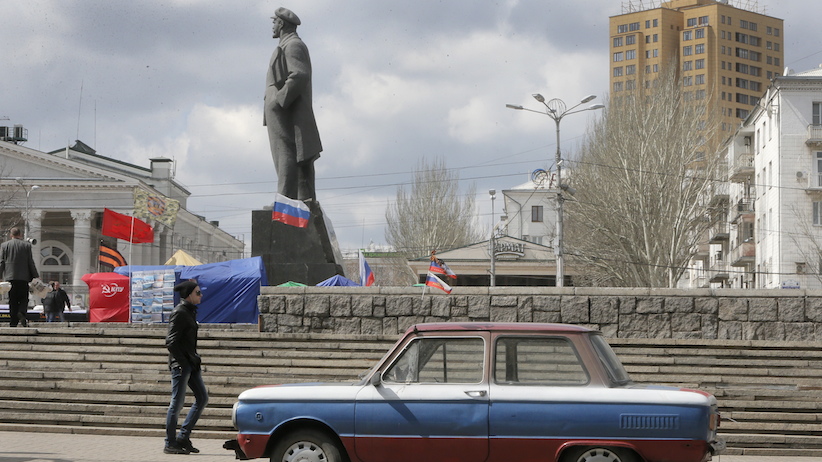 1. Pro-Russians occupy more buildings. Ten cities in eastern Ukraine are occupied, at least in part, by pro-Russian activists. Ukraine continues to threaten military confrontation with the obstinate occupiers, and scattered reports of clashes had Russian Prime Minister Dmitry Medvedev stoking claims that Ukraine “is on the brink of civil war.” U.S. President Barack Obama and Russian President Vladimir Putin spoke—again—over the phone, and Obama urged Putin to talk down the occupiers. Putin—again—denied interfering in Ukraine.

3. India recognizes transgendered citizens. The Supreme Court ruled that every Indian shares “the right of every human being to choose their gender.” Justice KS Radhakrishnan called the decision “not a social or medical issue, but a human rights issue.” Transgendered citizens, who may number two million in the massive Asian nation, were granted “legal sanctity” and are now owed the same rights as any other protected minority.

4. Canada slashes Commonwealth funding. John Baird, the foreign minister, has long been a critic of Sri Lankan misdeeds—including alleged war crimes—during a 26-year civil war that tore apart the nation. Baird claims the Sri Lankans have done little to atone for those crimes, and announced that Canada will penalize the secretariat that organizes the work of the association of former British Empire nations by cutting voluntary funding worth $10 million.

5. Silvio Berlusconi to serve his community. But the 77-year-old former Italian prime minister won’t do so in a voluntary, altruistic sense. He’s serving court-ordered community service at a so-far undisclosed location. Berlusconi, who infamously hosted raucous “bunga bunga” parties, will also face a curfew and restricted movement as punishment for tax fraud. He remains involved in other court proceedings, and is still officially the leader of the Forza Italia party. Only in Italy.