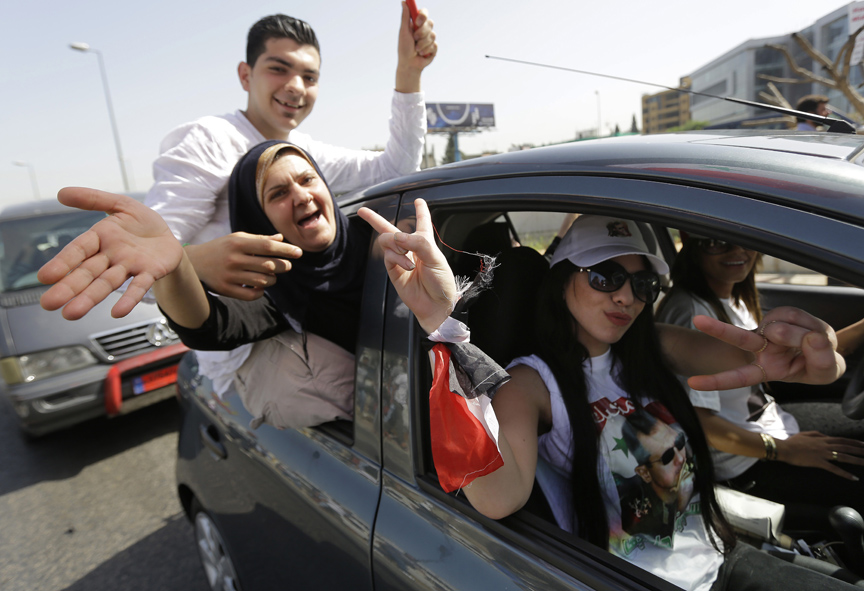 1. Syria votes. Bashar al-Assad will win another term as his country’s president. Assad’s victory is inevitable: rebel-held areas aren’t participating in the election; Assad’s opposition calls the election a “farce”; and the only two challengers, who admit they won’t win, deliberately temper their criticism of Assad, lest they be lumped in with disloyal rebels. Meanwhile, election observers from the impeccably democratic North Korea, Iran and Russia are monitoring the vote.

2. Obama spends $1 billion. The U.S. President hopes a bolstered European Reassurance Initiative, which means more troops will deploy to Europe, will mollify eastern European leaders who the BBC reports were “feeling neglected in recent years” as American military resources shifted away from the old continent to the Pacific sphere. The commitment represents a tiny fraction of America’s overall defence spending.

3. Daniel Therrien testifies. Prime Minister Stephen Harper’s pick for privacy commissioner has advised the same ultra-secretive intelligence agencies from which he’ll soon protect Canadians’ privacy. The Canadian Civil Liberties Association says Therrien is stuck in a conflict of interest. The government brushes off any concerns. Parliamentarians will get their only chance to question Therrien’s suitability for the job at a House committee this morning.

4. Romania welcomes Canadian pilots. The Royal Canadian Air Force’s 200-strong force at Campia Turzii fighter base flies a handful of sorties over Romanian skies, reports Postmedia’s Matthew Fisher. Why they’re over there isn’t widely understood by the locals. “Our civilians do not really understand why the Canadians are here,” says Cmdr. Marian Petrus of the Romanian air force. But Romanians accept the pilots as a byproduct of Romania’s NATO membership. The two air forces train together, patrol the skies near the Ukrainian border, and live in confined spaces. For how long remains unclear.

5. Spain questions the monarchy. Tens of thousands of protesters filled Madrid’s main square just hours after King Juan Carlos abdicated the throne. Before his son, Felipe (soon, King Felipe IV), could take over as monarch, left-wing parties called for a national referendum on the future of the monarchy. Republicans there may be in Canada, but large protests in Ottawa to abolish the monarchy will not follow the end of Elizabeth II’s record-setting reign.