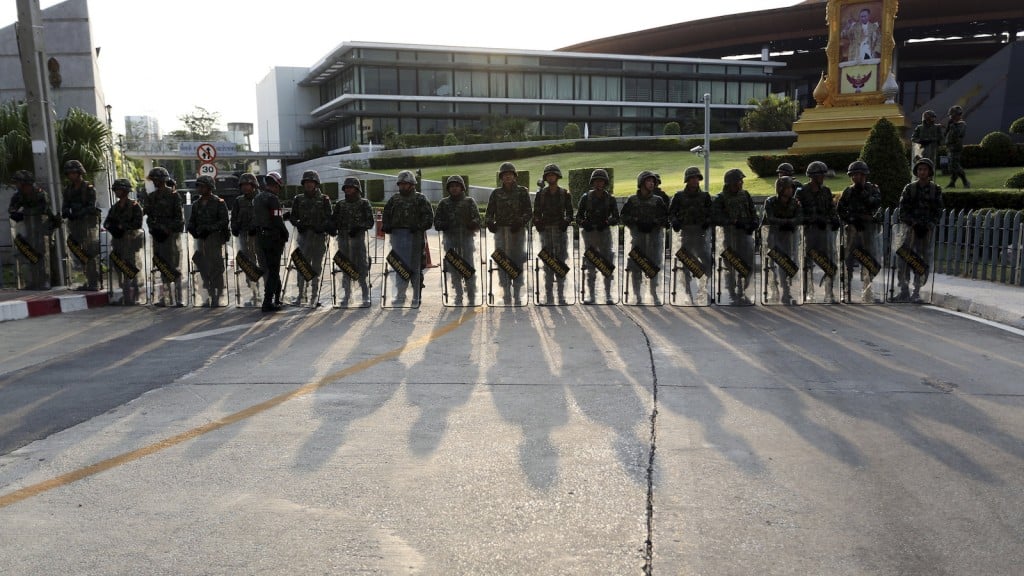 2. Mohamed Fahmy is back in court. Fahmy, the Egyptian-Canadian journalist who was Al Jazeera’s Cairo bureau chief before his arrest 145 days ago, appeared in court for the ninth time. He and his imprisoned colleagues, Peter Greste and Baher Mohamed, watched evidence presented to the courtroom that Al Jazeera reported “included general conversations between supporters of the outlawed Muslim Brotherhood and of people singing” and “reports from other correspondents and other news channels.” Prosecutors had earlier demanded the defence pay $170,000 to view the evidence.

3. Xinjiang explosions kill 31. Unnamed attackers assaulted a market in Urumqi, the regional capital, where they reportedly drove vehicles into a crowd and also launched some form of explosives, injuring another 90 people. No one has taken responsibility for the attacks, but the minority Uighur Muslim population has long resented Chinese government-led development in Xinjiang. The World Uyghur Congress told the BBC that the unrest was “a direct result of Beijing’s policies in the region.”

4. Privacy concerns spark a court challenge. The Canadian Civil Liberties Association claims a federal law that allows the government to acquire customers’ personal data from companies without a warrant, the Personal Information Protection and Electronic Documents Act, is unconstitutional. The law on the books allows companies to voluntarily disclose private information without informing affected customers. A government spokesman tells the Toronto Star that PIPEDA is not a new law, and its provisions date to 2000. Nevertheless, the CCLA’s challenge will eventually find its way into court.

5. Rob Ford’s SUV makes news. LeeAnne McRobb is the newest character in the unpredictable, unrelenting minefield that is Rob Ford’s life. The 36-year-old Muskoka Lakes resident, who reportedly spent time at a nearby rehab facility with Toronto’s mayor, faces charges of driving under the influence after she was reportedly pulled over in Ford’s SUV—which was subsequently impounded. Moose FM, a radio station, caught McRobb on camera as she visited the impound lot and collected her belongings from the infamous Cadillac Escalade. McRobb’s 15 minutes might, mercifully, already be over.