Five things you need to know this morning 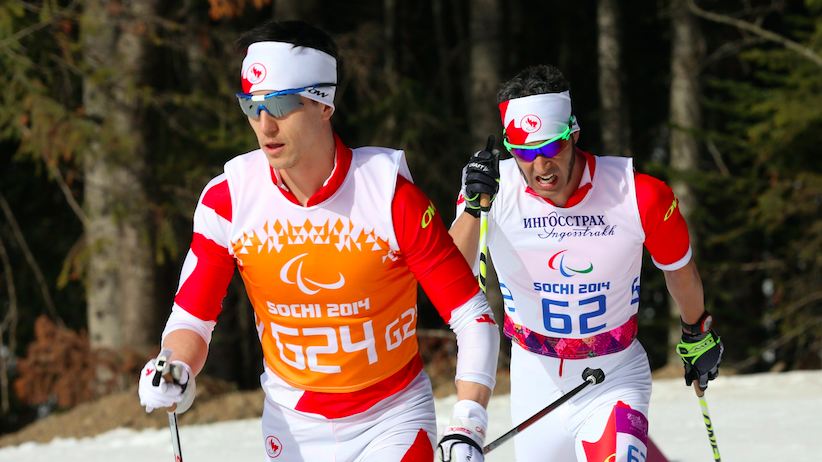 1. Brian McKeever is golden again. The Calgarian won his second race at the Sochi Paralympics, this time with a flair for the dramatic. McKeever fell during the one-kilometre race, righted himself, and out-sprinted two Russians and a Swede on his way to a 1.8-second victory. He finished the course just shy of four minutes, and now has nine Paralympic golds to his name. McKeever will ski in a third event, the 10-kilometre race, on Sunday. He’s set the bar. CBC called today’s win the “best performance of his Paralympic career.”

2. Russia won’t negotiate with Ukraine. Ukraine’s acting president, Oleksandr Turchynov, raised the spectre of military intervention in Crimea and then immediately ruled it out. BBC reports Turchynov fears any use of force would “expose the eastern border” of his country, and “Ukraine would not be protected” from Russian troops. He continued to reject the coming referendum on Crimea’s future as a sham. Meanwhile, Turchynov wants to form a national guard to augment the country’s military force.

3. A Malaysian jetliner is still missing. The search area for Malaysia Airlines flight MH370, the plane that vanished about an hour after leaving Kuala Lumpur on its way to Beijing, grows yet wider. Authorities asked Indian officials to assist with the search around the Andaman Sea, off Malaysia’s west coast. The supposed final communication between the crew and air traffic controllers suggests nothing was awry onboard the plane—until, a few minutes later, it disappeared.

4. Ali Zeidan flees Libya. Zeidan, Libya’s prime minister until the country’s parliament voted no-confidence in his leadership on Tuesday, apparently spent some time in Malta before departing for another European nation. For most disgraced politicians, getting out of dodge might be a reasonable reaction to their ouster. But authorities were investigating Zeidan for financial irregularities, and he faced a travel ban. His current whereabouts are a complete mystery.

5. Glenn Ford spent 25 years on Death row. Then, all of a sudden, Ford was free. He’d been convicted for the 1983 killing of Isadore Rozeman, a jeweller in Shreveport, Louisiana, by an all-white jury. His lawyers at the time had never tried a murder case. A witness lied during her testimony. Still, he languished in a penitentiary until a judge overturned his conviction this week based on new evidence. Now, the 64-year-old Ford gets to meet his son, who was only a boy when Ford was convicted, all over again.