Janet Yellen, the central banker with the human touch

A woman with a populist focus, driven by a mission of ‘morality,’ is now the world’s most powerful central banker 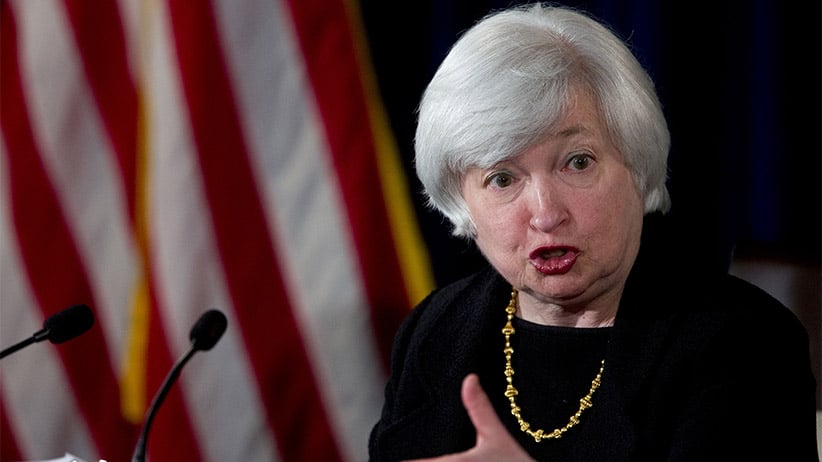 Our 2014 Newsmakers issue looks at the big names and major events that made it the year that it was. To see our profiles of the year’s five biggest newsmakers, click here.

As the first woman to chair the U.S. Federal Reserve, Janet Yellen was always expected to take a different approach to the job of being the world’s most powerful central banker. Early profiles of the 68-year-old Yale-trained economist painted a picture of an unflappable and quietly persistent consensus-builder, someone equally at home hobnobbing with Wall Street titans as she was standing in line at the Fed’s cafeteria at lunch.

Yellen, who has said she was drawn to economics by its mission of “morality and social responsibility,” became a beacon of gender equality after she described in interviews how she split household chores with her husband, Nobel prize-winning economist George Akerlof. Christine Lagarde, head of the International Monetary Fund, admitted she “sighed in relief” at news of Yellen’s appointment to the ranks of central bank leadership, a world populated mostly by grey suits and “very few skirts,” she wrote in Time. “With Janet now at the helm of the Fed, America, and the world, can also breathe a sigh of relief.”

Almost immediately after being sworn in, Yellen, a 36-year veteran of the Federal Reserve, opted to strike a far more populist tone than her predecessors. For her first public speech, in March, she skipped the usual routine of bankers’ conferences and Wall Street boardrooms and visited a community reinvestment forum in Chicago. She travelled to an affordable housing non-profit outside of Boston to discuss the job market and snap selfies with unemployed immigrants. Her speeches frequently stray beyond the realm of central-bank speak into areas such as poverty, long-term unemployment and the escalating cost of post-secondary tuition. She has met privately with anti-poverty protesters and suggested that encouraging more women and visible minorities to become economists would better prepare the world to deal with future financial crises. Critics accused Yellen of wading too far into the political domain this fall, after she warned of the risk that rising income inequality presents to the U.S. economy. Yet the speech also sparked a national conversation about the widening gap between rich and poor.

Yellen’s supporters, meanwhile, have lauded her for putting a more human face on the central bank. “It’s actually a very shrewd move on her part to be so un-central-banker-like,” New York Times economist Paul Krugman said in October, “because this is a time when conventional central banking is not what we need.”

While Yellen may have been successful in showing the world—and her nation—that she cares about the plight of the little guy, a far bigger challenge will be convincing global investors that the U.S. economy is gradually returning to normal.

Eight years after the U.S. housing bubble burst, ushering in a financial crisis that spread far beyond America’s borders, central bankers have been forced to abandon their traditional focus on controlling inflation and test out a new bag of tricks. As vice-chair under Ben Bernanke, Yellen helped to oversee this new era of zero interest rates, monetary stimulus and the introduction of “forward guidance”—the practice among central bankers of communicating their commitment to hold interest rates down for as long as necessary, in hopes of boosting confidence in the economy.

Having helped to engineer many of these policies, Yellen now has the difficult task of unwinding them. Her greatest accomplishment so far has been to end quantitative easing, the Fed’s controversial program to buy US$4 trillion worth of bonds and mortgage-backed securities. The move was widely anticipated and provoked little outcry, in contrast to the market panic Bernanke set off in 2013 when he broached the idea of scaling back on stimulus. The relative calm under Yellen may also be a sign that her public focus on poverty and unemployment, aimed at boosting confidence in the Fed’s approach to monetary policy, may be working.

The real test of her leadership, however, will come next year, when she is widely expected to raise U.S. interest rates for the first time in nearly a decade. That decision will have global implications, affecting everything from new hiring to house prices. It will most certainly be felt in Canada, where it could pressure the Bank of Canada to follow suit, and could also serve to drive down the value of the loonie by putting upward pressure on the U.S. dollar.

Timing is critical. Yellen has signalled that the steady drop in U.S. unemployment may force the central bank to raise rates earlier than expected. At the same time, she has said she’s worried that the huge numbers of discouraged workers will need an extended period of wage and job growth before they can be enticed back into the workforce, suggesting she keep rates low for longer. It’s a delicate balance and one that will define her approach over the next crucial months. Wait too long to raise rates and she’ll risk sparking another financial bubble; hike rates too early and she could pull the rug out from under the fledgling U.S. economic recovery. Get it just right, however, and Yellen may go down as the greatest central banker in American history.